He may be 72 years old, but he has no plans to retire—ever. “I love that old Zig Ziglar quote: ‘I’m not retired, I’m re-fired,’” says Bill Hansen, the Michael Roman Lifetime Achievement Award Winner for 2018.

As the Chief Executive Officer of Bill Hansen Luxury Catering and Event Production, he has built a business that has grown and thrived despite periodic economic downturns, a major renovation at the Miami Beach Convention Center, the Zika virus, and even (most recently) Hurricane Irma. The company currently has 40 full-time and 200 on-call employees, and reached close to $10 million in sales last year. 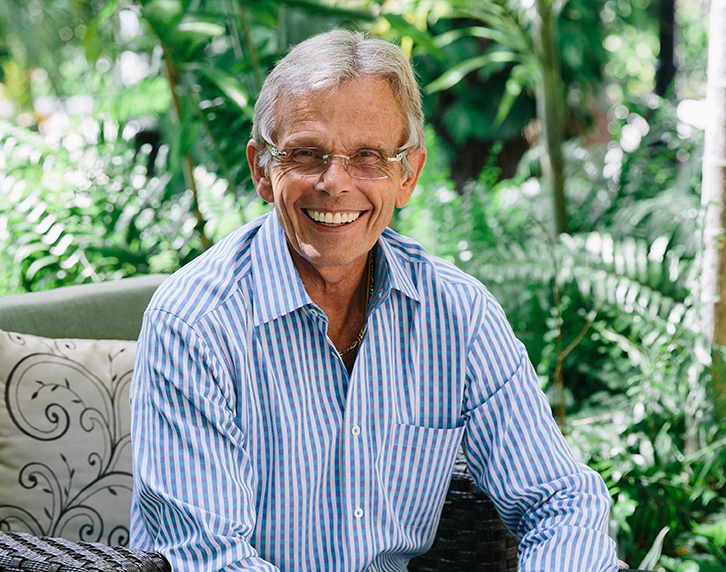 “We do 400 events a year, not counting brides’ tastings,” Hansen says. “Those bride tastings are a big deal. When I started out the brides looked to the caterer as the expert, but now they are very particular and have a way of expressing themselves.” In addition to scores of expressive brides, he has served four U.S. Presidents, Pope John Paul II, and championship Super Bowl teams. Yet for him the work always comes down to creating a unique experience, one guest at a time.

Off to a good start

In 1967, Bill earned a degree in Hotel Administration from Cornell University. “I was not the world’s best student,” he says. “I was in the half of the class that made the upper half possible.” He earned a MS degree in Hospitality Management from Florida International University in 1980. That same year, Hansen founded Bills’ Catering with his best friend, Bill Hendrich. The two Bills worked together until Hendrich’s passing in 2005—25 years in all.

On July 7, 1982, Bill met his future wife, Terry, to whom he’s been married for 34 years. Hansen credits Terry with significant support in helping him achieve success: “She’s been a strong partner in helping me build the business. She is very wise and astute, and we make a good team at home and at work.”

His career began to come together around the time that he met Terry. “It all fell into place in a three-year period. One important step in growing the business was acquiring an off-premise catering business at Villa Woodbine.” He began a teaching career at Florida International University (FIU) and wrote a textbook, Off-Premise Catering Management. Now in its third edition, it remains a standard text in many classrooms. “I still get royalty checks to this day,” Hansen says.

He continues to write a monthly column for Catersource’s Get Fresh monthly e-newsletter. “Even though I know a lot of people dread writing, I look forward to it,” he says. “It’s one of the few things I can do by myself without delegating to a team of people. I do ask Terry to proof my work, but otherwise I’m on my own.” 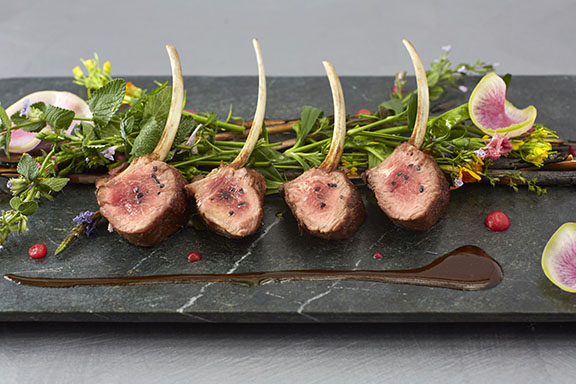 From comfort zone to challenge zone

Asked for his secrets to success (both personal and professional), Bill is quick to say he’s never afraid to admit when he’s wrong. “I’m still making mistakes, because I believe in getting out of your comfort zone and getting into your challenge zone. If you stay in your comfort zone, you won’t have the opportunity to grow.”

His entire organization had a chance to step out of its comfort zone in response to Hurricane Irma, which hit the area in September 2017. “We were engaged by the Red Cross to provide meals for evacuees from the Florida Keys,” Bill says. “We served tens of thousands of meals from a commissary we set up at the county fairgrounds.”

He describes his initial feelings on learning he’d won the award as “shocked and flabbergasted.” The award was completely unexpected: “I thought when I was 85 or 90 they might feel sorry for me and award it to make me feel good because I couldn’t seem to retire,” he jokes. “I’m looking forward to getting to talk to everyone at the event. Some young people out there think I catered The Last Supper. I will definitely be speaking about Mike Roman, and how instrumental he was to our industry, because Mike taught us all how to cater. I’ll be offering some genuine gratitude to Catersource, too.” 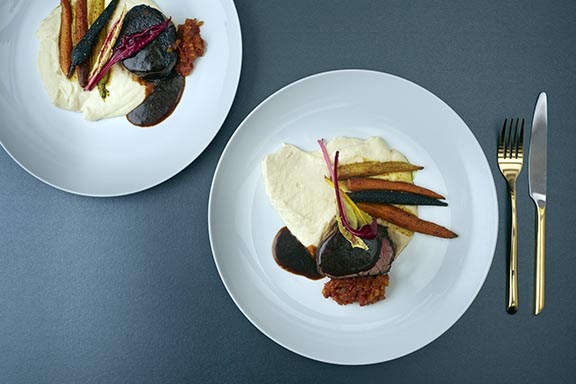 More than 20 years ago Hugo Corrales, currently chief sales and marketing officer at Bill Hansen Luxury Catering, was a Hospitality Management student at FIU. He took Bill’s catering class, and the rest is history. “The Lifetime Achievement Award is the perfect way to recognize a game changer, a thought leader, and a constant learner,” Corrales says.

Dave Lawrence is the retired publisher of the Miami Herald and chair of The Children’s Movement of Florida. He says: “Having attended a number Bill Hansen events over the past two decades, my deepest respect for Bill begins with even more than good food and drink. Bill is as good a ‘people person’ as I know, blended with a great appetite to share and serve. His giving spirit sets such a good example in our community, and beyond.”

Carlos Melendez, president of Diamonette Party Rental, adds the perspective of a valued supplier. “I’ve known Bill for 30 years, and he put our small company on the map,” he says. “He demanded the highest quality of equipment and service, and our standards were set high from the beginning because of him. He has spent his whole career teaching people the catering business. Anyone in Miami ‘who is who’ in catering or event planning has in one way or another learned from Bill.”

“We have to be prepared for the good, the bad, and the ugly in this industry,” Hansen says. “There are always ups and downs, and we need to enjoy the good times, because sooner or later, the economy won’t be this good.

“If you want to be successful, it’s so important to be innovative and learn new things. If you don’t keep up with what the millennials want and what your competition is doing, you can be left in the dust. We need to remember we’re selling experiences, not just food and beverage.”

For Hansen, the end date is not in sight: “I love what I do and I’ll keep going until I can’t do it anymore. I want to see the people who work for me succeed, because they’re the future of our industry. At this point in my life, it’s about helping others grow and succeed.”

He left his heart at Catersource

In addition to his active involvement in the business, he and Terry take three trips a year. “We always go at least once each year to Las Vegas, so I can visit my money,” Bill jokes.

He’s determined to keep going strong. “I saw Tony Bennett sing at the Macy’s Thanksgiving Day Parade last year, and there he was, 91 years old, singing away. I want to be like that. Granted, I don’t load trucks anymore. But I want to be speaking at Catersource when I’m 90.”

See Bill Hansen accept his Lifetime Achievement award at Catersource on Sunday, February 18. Click on the logo for more information.