Have you been asked to execute a July 4th event? Need some fresh ideas to pique your client’s interest? Red, white, and blue décor is apropos, but our suggestion is this: dig more deeply into the history of the United States of America. Generate some ideas from the “Historic Triangle” of Virginia’s Williamsburg-Yorktown-Jamestown, the corners of our nation’s tricorn hat that span stops from first lasting English settlement to the battle that secured liberty and independence for our forefathers and mothers.

As Catersource’s Director of Community and Content Strategy, it’s my duty to document ideas, even when on vacation. So, follow along as I show you, gentle readers, how to take a vacation and also turn it into a plethora of ideas for your business.

All photos by Kathleen Stoehr

The French Connection. Believe me when I say that the food of the Historic Triangle can’t be pigeonholed as “Southern,” though there is a lot of it, of course. A hearty thank you must be certainly extended to the French Navy in the 1700s, which began to secretly send aid to America shortly after the Revolution began. Its naval supremacy helped trap General Cornwallis (Britain) near the base of the York River, allowing France and America to lay siege to Yorktown, taking it for a decisive win. Could this be why there is a plethora of French cuisine in the area? Did the French love the area so dearly, they decided to stay?

From Trois Petits Cochons mousse truffee to back-in-the-day Julia Child-making-hollandaise sauce videos playing on TV screens; from Coquilles Saint-Jacques au Gratin at dinner to baguettes and brie for breakfast, the cuisine of this area most definitely leans toward Français.

“[French] superiority at sea proved the strength of the enemies of Great Britain, and finally confirmed the independency of America.” —Banastre Tarleton, 1787 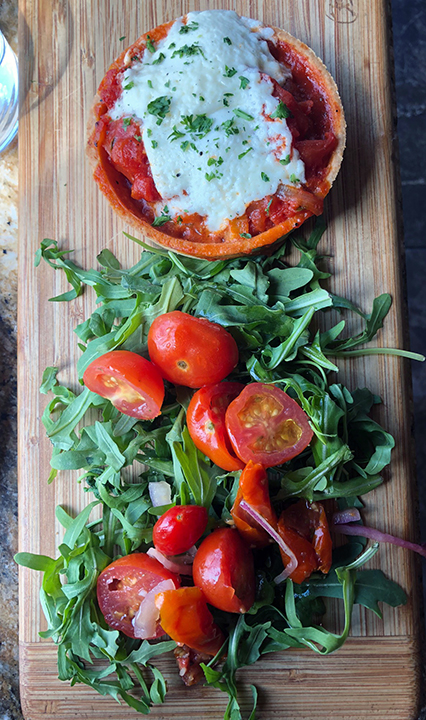 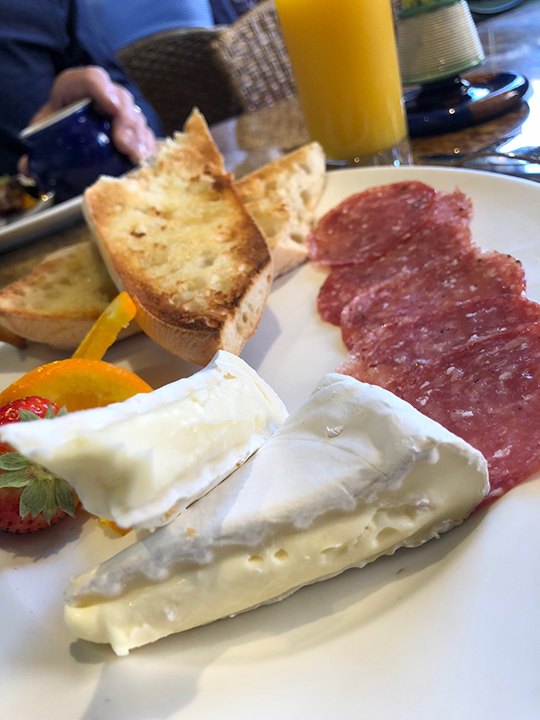 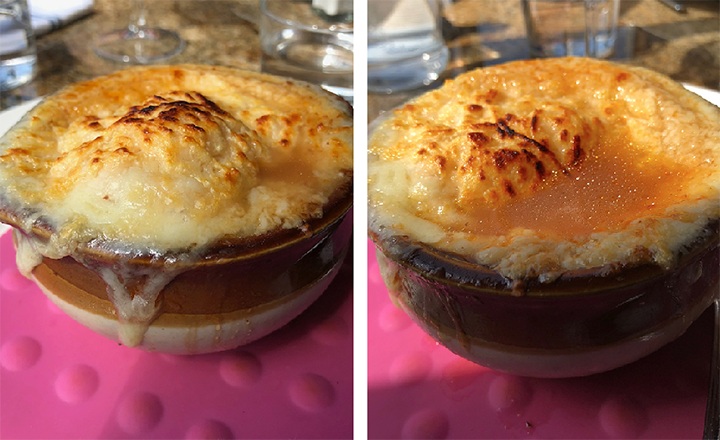 Colonial Kitchen. Smoking. Curing. Pickling. Fermentation. Cast iron pans and clay pots. I could be speaking to 2018 food and cooking trends, right? But indeed, I’m referring to where it all began for early settlers.

In Colonial Williamsburg, I happened upon a “historic character” making pumpkin pudding over coals in a cast iron pot. Nearby, a plate of crumpets, salad, and Cheshire pork pie and more were available for perusal. Call your event, “History is Served” and couple today’s trends with those of yesteryear. Need some ideas? Click here for a link to some old timey recipes or click here to watch some fun (short) narrated cooking videos. 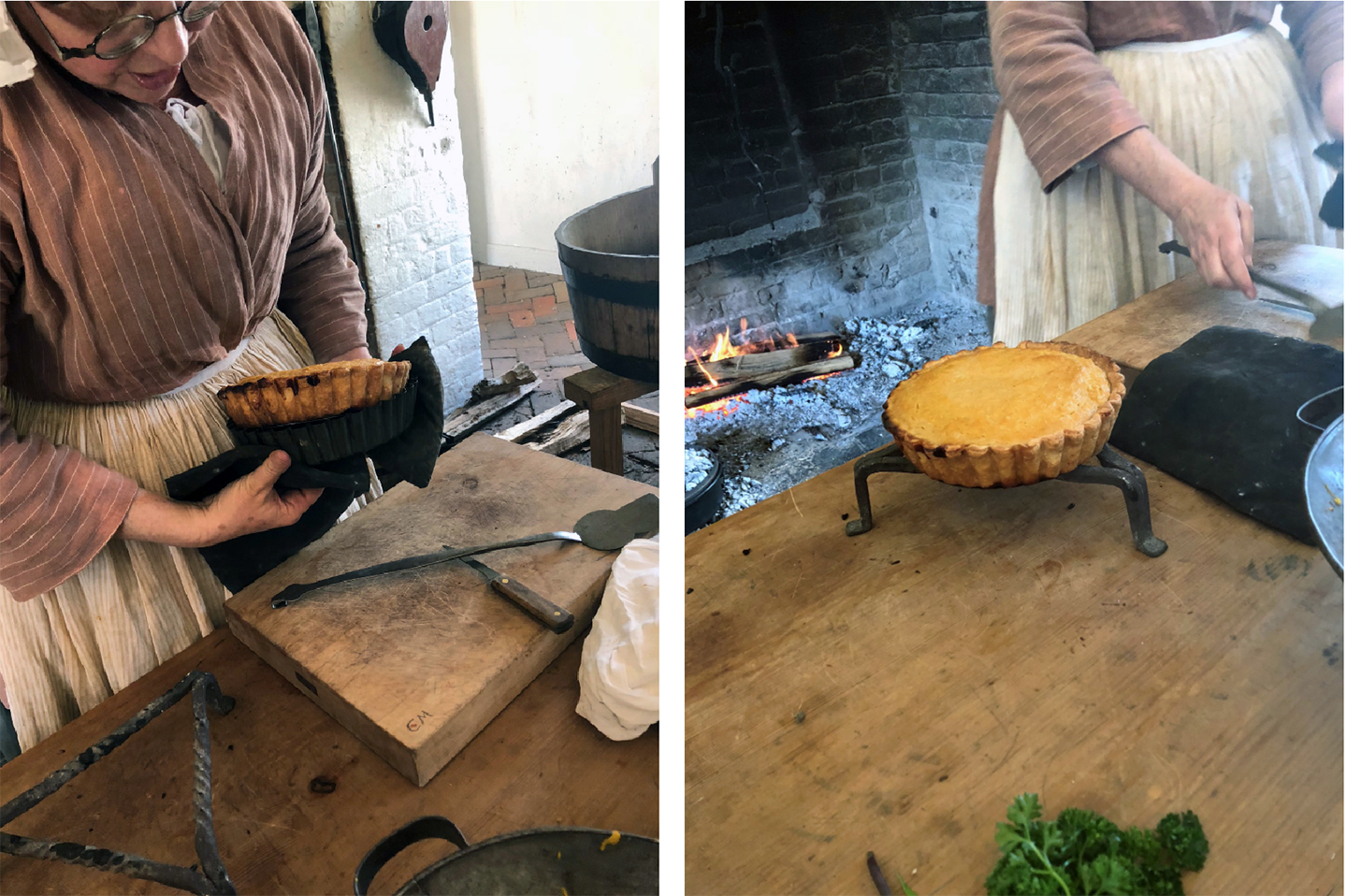 After extracting her pumpkin pudding from a loosely covered cast iron pot, our lady of the kitchen removed it from its confines and set it out to cool. 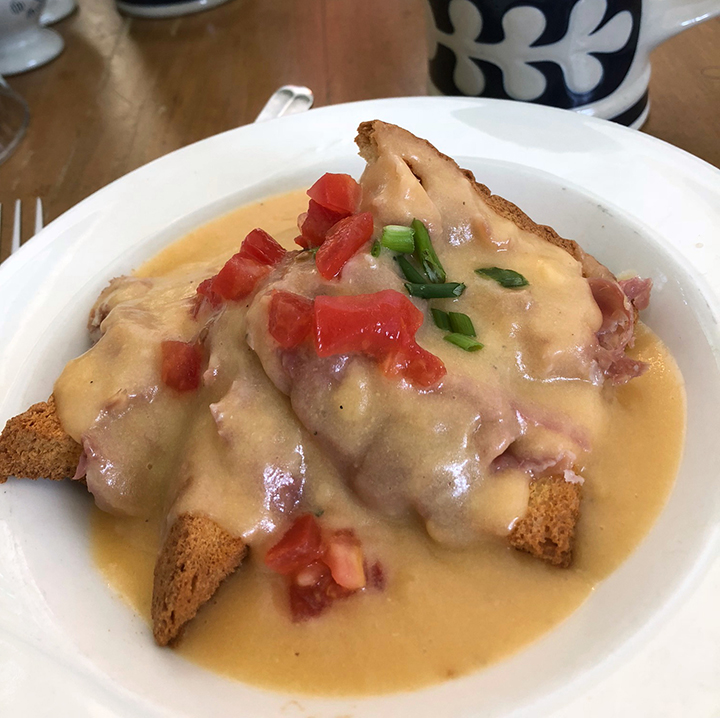 At a nearby tavern, Welsh Rarebit was served; a rich, savory concoction of cheddar cheese and mustard-spiced beer sauce, and toasted “Sippets” with a rasher of salty ham

The historical roots of the simple pancake. It was an odd site, driving into the city of Williamsburg, VA. Pancake houses and pancake restaurants. Literally one after the other along a stretch of highway.

The city of Williamsburg is known to boast more pancake houses per capita than any other place in the United States, says nationalpancakehouse.com. Of course, pancakes were common in early American eating. So, have fun with Lord Pancake and Lady French Toast with a nod to the beloved pancake houses of Williamsburg. Pancake bar! Colonial costumes! Your guests will be dazzled.

Embrace the pancake bar for your next event. Just be sure to serve with a side of grits.

Craft cocktails. No event is complete without the beverages. Choose spirits from one of the many Virginia distilleries, such as A. Smith Bowman Distillery out of Fredericksburg, VA or Copper Fox in Williamsburg. 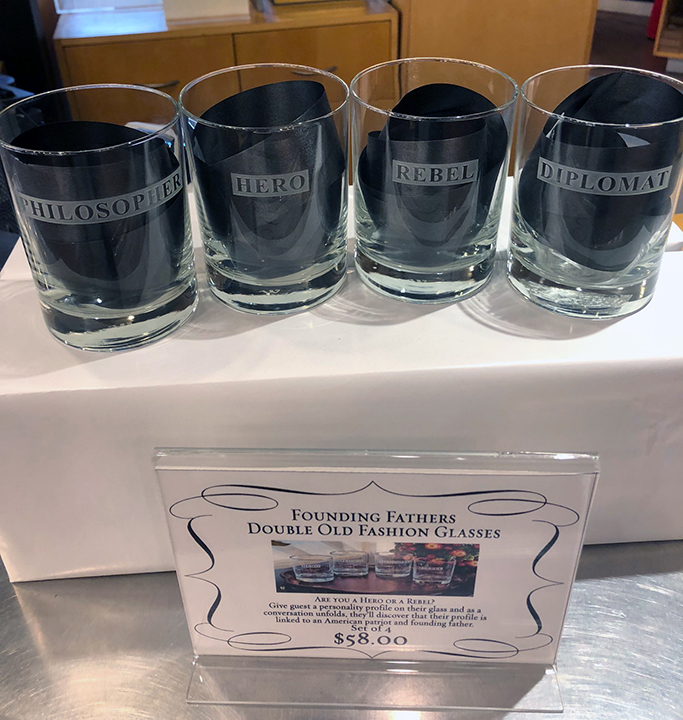 Base your drink names on personas of our Founding Fathers. What types of cocktails would be best to align with Philosopher, Hero, Rebel, or Diplomat?