Disruption: Move over Millennials, Gen Z is on the rise

Catersource magazine’s annual State of the Industry feature, now in its fourth year of reporting, identifies key areas of focus for caterers in anticipation of its Catersource Conference and Tradeshow. In this second section of the full feature (view part 1 here), Catersource looks to the rise of Gen Z and its impact on the food and beverage industry.

Into every generation, a slayer is born. No, we are not talking about ‘90s cult heroine Buffy and her gift as a vampire slayer, but as such, the food and beverage industry slayer, aka, the millennial generation. Now—a good 10 years into adulthood—we know what they want. Or do we?

Let’s put a stake in it, and say this: millennials fundamentally shifted our industry. They changed, as Menu Matters’ Maeve Webster so aptly put it in Q3 of 2018, “…The way we look at portion sizes, serving styles, the instances and occasions for which food service is relevant, the way people interact once they are actually at tables, and the way a food service operator needs to react to them and communicate with them. They have changed the way we think about where good food is possible, they have changed the locations that we can get food. They brought technology to the table—literally.”

Newsflash: these millennials are no longer the adolescents and fresh-faced college kids who started this dialogue. The last of the bunch will graduate college this year (if they decided to go to college at all). A great number of them are having children. Note that. This shift in their responsibilities will change their priorities; their disposable income and spending habits will also re-prioritize. They are not all urbanites anymore, either: they are moving to suburban areas, which in turn offers new opportunity to fast casual chains, for example, where once they were struggling.

Yet, lack of trust in big business is still evident with this generation. A business needs to be able to explain to them why they should align themselves with a product. Transparency in manufacturing (beyond craft manufacturers) is supremely relevant. They most definitely like stories behind labels, a la, my name is Omar and I got into brewing because my wife gave me a beer making kit as a gift (FYI: that’d be Surly Brewing Co. out of Minnesota). Clean labels, sustainability, and the idea that quality can be found anywhere—from a C-store to food truck to a grocery store—is possible, as long as the proof is in the pudding. And, they have certainly put the idea of health, wellness, plant-forward innovation, and reduction of both alcohol and meat into our discussions.

These are our millennials. 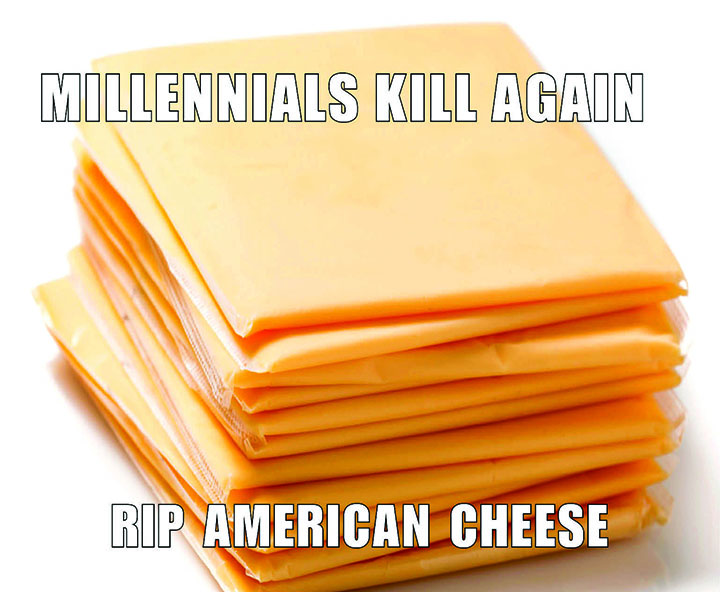 “It isn’t that Millennials are ‘killing American cheese’,” said Rachel Kerr, Dairy Farmers of Wisconsin, “It’s just that they are looking for really great and flavorful cheese. It’s good to buy local, and local is American.” Meme courtesy Kathleen Stoehr

The physical office space of the future will be challenged. How might that then affect corporate lunch catering, for example?

Getting ahead of the now

“Our generation needs a new name. We need to be memelords.” —Gen Z’er, Eli Turner

As mentioned earlier, into every generation a slayer is born and as such, we need to turn our eyes toward Gen Z, those rascals born in the mid-90s and beyond. How do they differ? What do they want?

It’s hard to know what their true behavioral spending patterns will be, as we are just now seeing the very first of the crop accepting their college diplomas. But a few hard facts have emerged.

• They are a huge swath of our population. Studies show that they currently make up 25%—more than the millennial populace 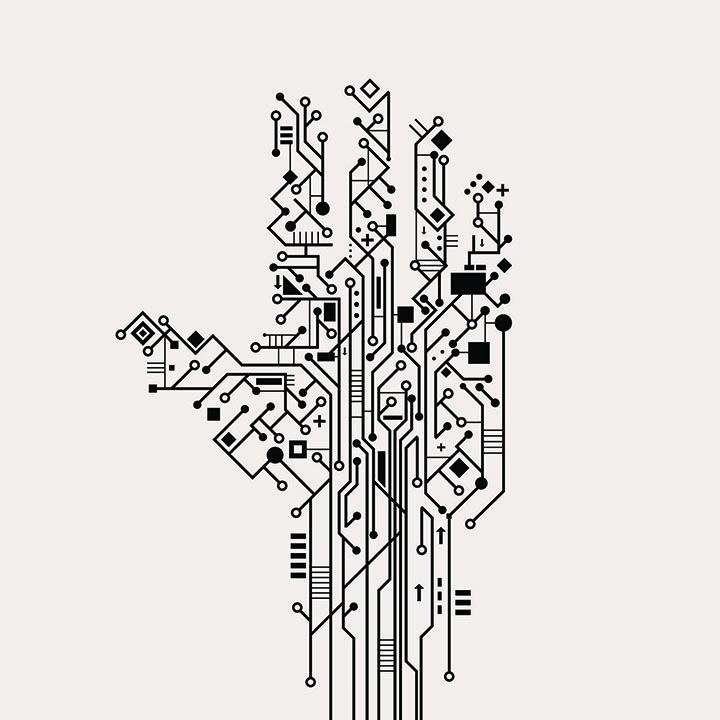 • Don’t call them iGens, either: while they are a generation who were born in tandem with the commercialization of the Internet, have had hashtags bestowed upon them from birth by their Gen X parents, and have, for the most part, spent more time communicating with their friends electronically than in person, these digital natives feel it discredits them to be considered tech obsessed. However, technology is the go-to source for everything. “They’re looking for your address, they’re looking for your menu, they’re looking for your nutritional information, whether they can order online and whether they’re able to pay online. It’s definitely becoming a significant expectation,” said Melissa Wilson, principal, Technomic.

• They look at work and life as a blend, rather than a balance. To wit, if they can log on and log in, then they are at work. As such, the physical office space of the future will be challenged. How might that then affect corporate lunch catering, for example?

• The move away from in-person interaction to electronic also affects hospitality profoundly. If Gen Z can order in advance and pay without interaction, all is good. A lot of young consumers take that approach now, and fast casuals, QSRs, and companies such as Starbucks really benefit. This is their value system at the moment, and it needs to be honored. You can’t force hospitality onto a group of individuals.

However, if Gen Z does not experience or understand the idea of true hospitality, how does one best address this when they are not just your customer base—but also your employees? Says Will Eudi, Corporate Executive Chef for the Atlanta-based McAlaster’s Deli, “It's very hard to train hospitality. It's an innate trait that is part of your human dynamic. You can teach the mechanics, but you can't teach the heart and soul. You can develop it in your restaurants by living your core values…but if somebody's just not pleasant, they don't smile, they don't have eye contact, they're not going to last very long [in the hospitality sector].”

There is much to learn as we watch this generation move into the workplace. Some reports nod to the possibility that Gen Z will be an unhealthy generation, due to the embrace of vaping, for example. There is also speculation that while millennials have eschewed the idea of ownership, Gen Z will embrace it. Examine—and look back at—Gen X, too. Because as some parents are so painfully aware, whatever one generation embraces or experiences as they raise their children, the other discards or moves away from. The hard times of the 2009 recession, and watching parents struggle to pay bills or even keep a viable home may have a great impact on the embrace of ownership and consumption.

Think about, too: will hospitality and fine dining come back as each generation ages? The key to getting ahead is to look past the now.