Recipe Friday: A Spot(light) of Tea

Legend has it that traditional English afternoon tea, often referred to as high tea, was started in the mid-1800s by the Duchess of Bedford. Around this time, kerosene lamps were introduced in wealthier homes, and eating a late dinner, around 8:00 or 9:00 p.m., became fashionable. The story goes that this increasingly late mealtime caused the Duchess to have a “sinking feeling.” This was likely fatigue from hunger during the long wait between meals. She decided to invite friends over for assorted snacks and tea, and the idea of an afternoon tea gathering spread across high society. Not only has traditional afternoon tea continued to be a staple throughout England, but it has begun to infiltrate the United States as well, possibly due to the popularity of such television programs as Downton Abbey and Bridgerton. 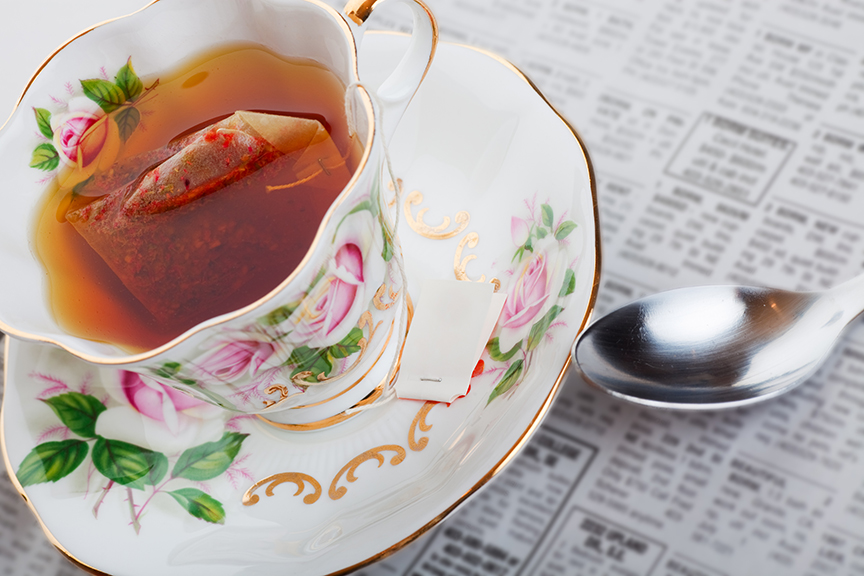 "Americans have always loved British traditions; in fact no matter what nation a tradition comes from it is always interesting for an outsider,” said Lisa Worthington, Head of Marketing for Spicers, a subsidiary of Harris Tea. “Plus, [high tea] is something different from the regular coffee routine.”

The Catersource Conference & Tradeshow, co-located with The Special Event, is heading to Miami July 19 – 22, 2021. Immerse yourself in an inspiring and safe event focused on the new trends and opportunities in catering and events! Learn more

So, what exactly makes for a proper afternoon or high tea?

“It’s something savory, followed by something sweet and always accompanied by tea,” Worthington said. “It also has to always be served in a teapot with a saucer and teacup, never a mug.” 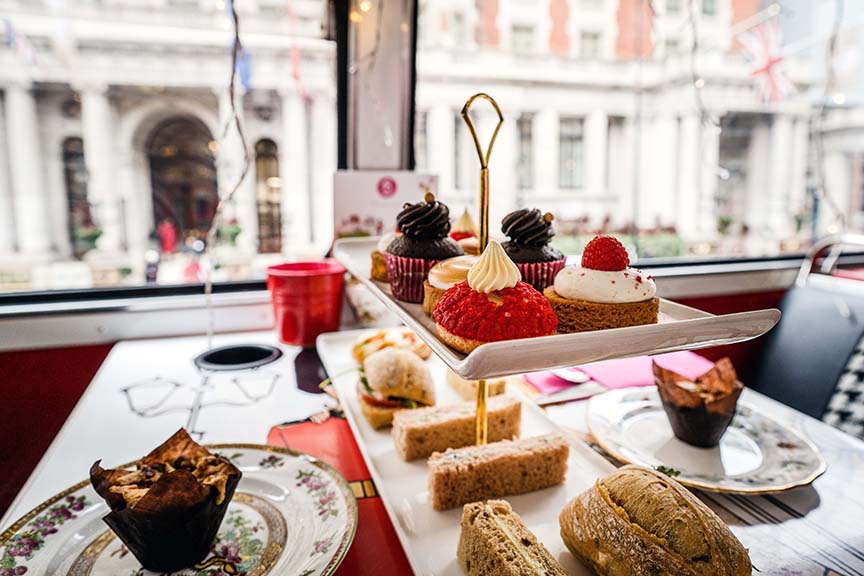 Traditionally, some of the most popular varieties of tea to be served during afternoon tea include black teas like Earl Grey, Darjeeling, and Assam as well as herbal teas like chamomile and mint. It is recommended to use loose leaf tea rather than tea bags. 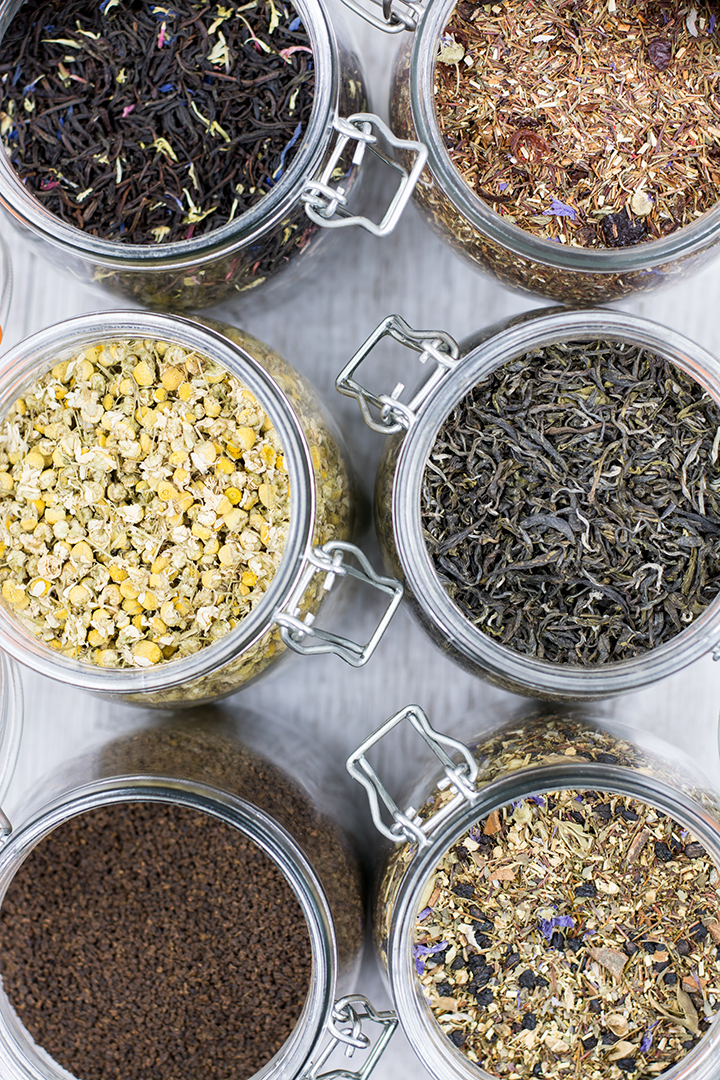 And of course, the food is just as important as the tea. Traditional pairings for afternoon tea include small sandwiches, scones with Devonshire or clotted cream, and other small desserts. 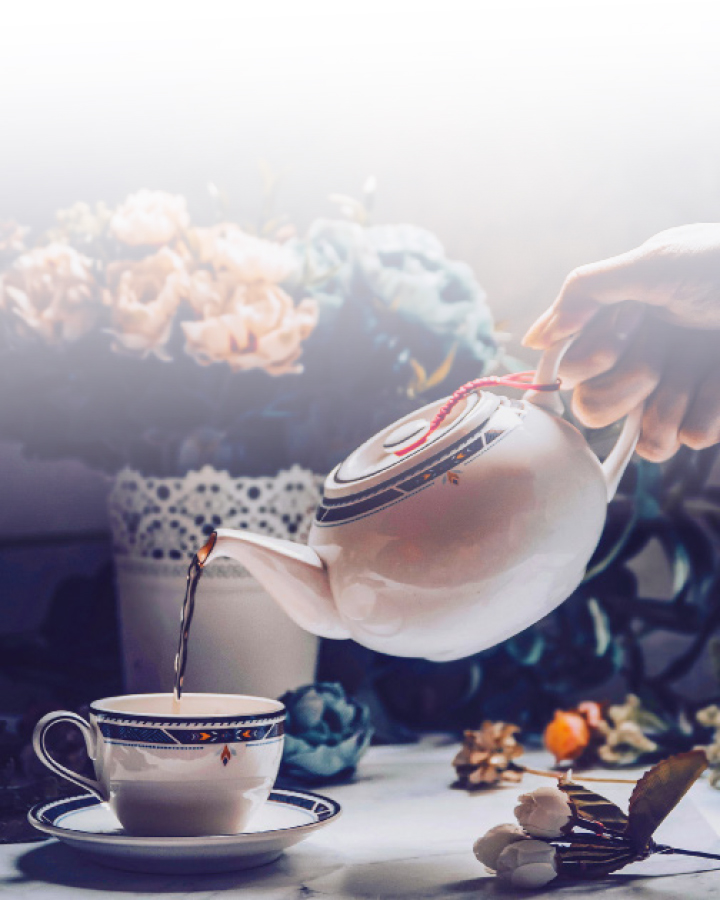 All teas should be served decanted and hot. A selection of teas should include a minimum of one black tea, one green tea, and one herbal infusion. Enhancers for the table should include sliced lemon, sugar cubes, honey, milk, Devonshire or clotted cream, and preserves. Optional: Assorted nuts (raw or salted), and/or lemon curd.

The host/hostess or wait staff pours the first cup of tea for the guest. Prior to pouring, always ask the guest if they prefer milk and/or sugar—one lump or two.

As for the accompanying foods, the proper placement of items on a tiered stand include:

The proper order for consuming food, accompanied by tea of course, is:

A few dos and don’ts when hosting a proper English tea:

In recent years however, more restaurants and hotels are opting for a non-traditional approach to afternoon tea: rather than small sandwiches they are embracing open-faced bagels, soups, and in some cases even mini pizzas; and, in addition to a cup of hot tea, cocktails and bubbles such as cava are also being added.

Worthington said she has begun seeing a divergence from traditional tea varieties in favor of unique pairings, such as incorporating an Indian tea, such as a chai, with mini samosas, honey cakes, and other Indian-influenced bites. Another idea: embrace the growing vegan trend by pairing herbal teas with bruschetta or vegan cakes.

“You can be as creative as you want to be,” she said. “The basic elements are tea, something savory and something sweet, but so many people have taken that tradition and put their own spin on it.” 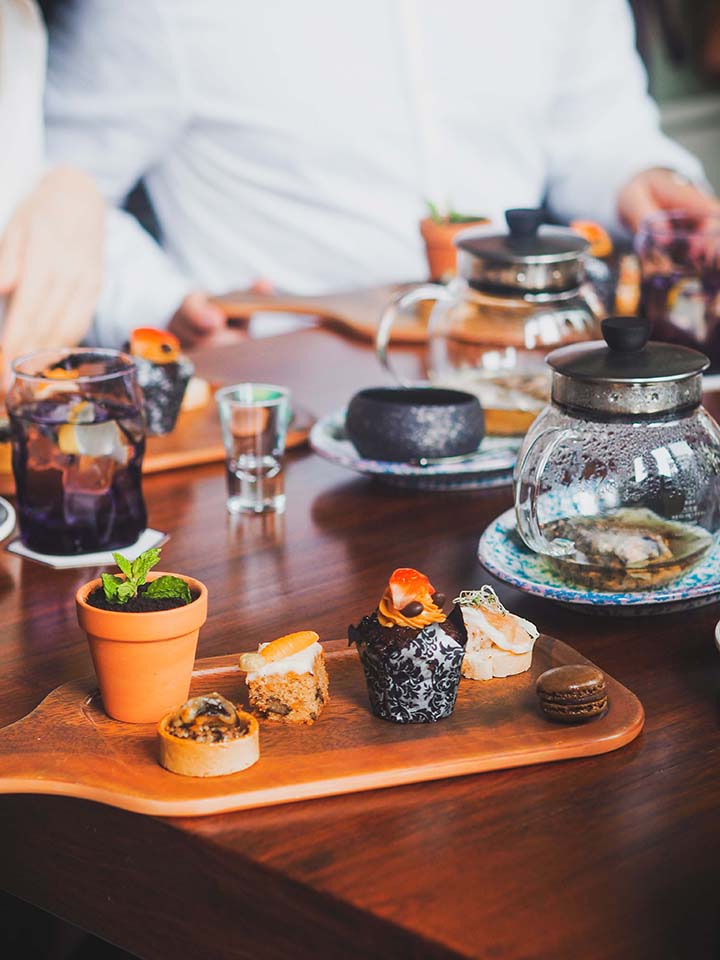 Traditional high tea has been a staple in England for many years, but now it is starting to become popular in the United States as well. Photo courtesy Harris Tea

Making an event out of it

When executing a proper high tea, there’s an element of romanticism and elegance that can’t be denied. In fact, hotels, event planners and caterers are capitalizing on this draw by hosting specialized tea parties for Mother's Day (which is Sunday!), birthdays, bridal or baby showers, anniversary celebrations, and in Jaime Peterson’s case, Bat Mitzvahs.

“There’s this element of fancy that is so fun, and so elegant,” said Peterson, who is the Sales Team Manager for Saz’s Catering in Milwaukee, Wisc. “We all got used to the big parties, the standard décor, but now you can have this intimate party and have it be really, really beautiful and simple.” 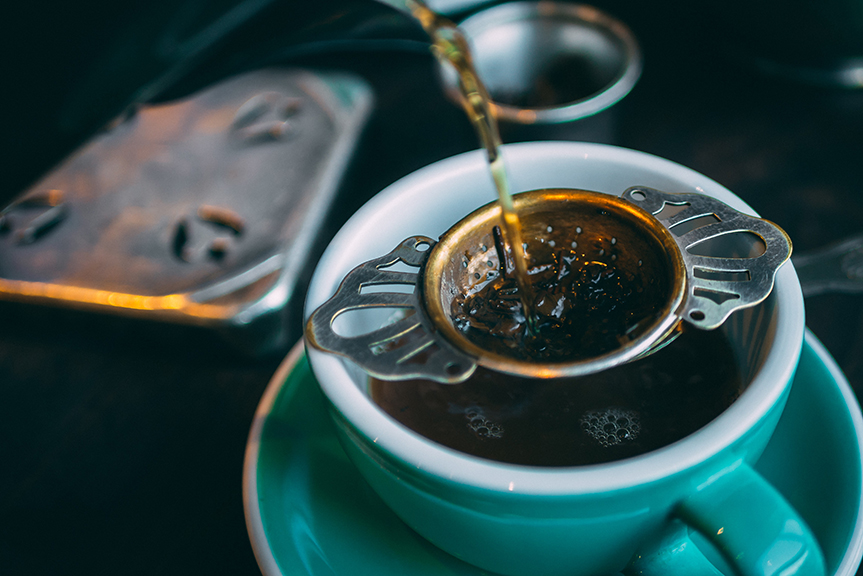 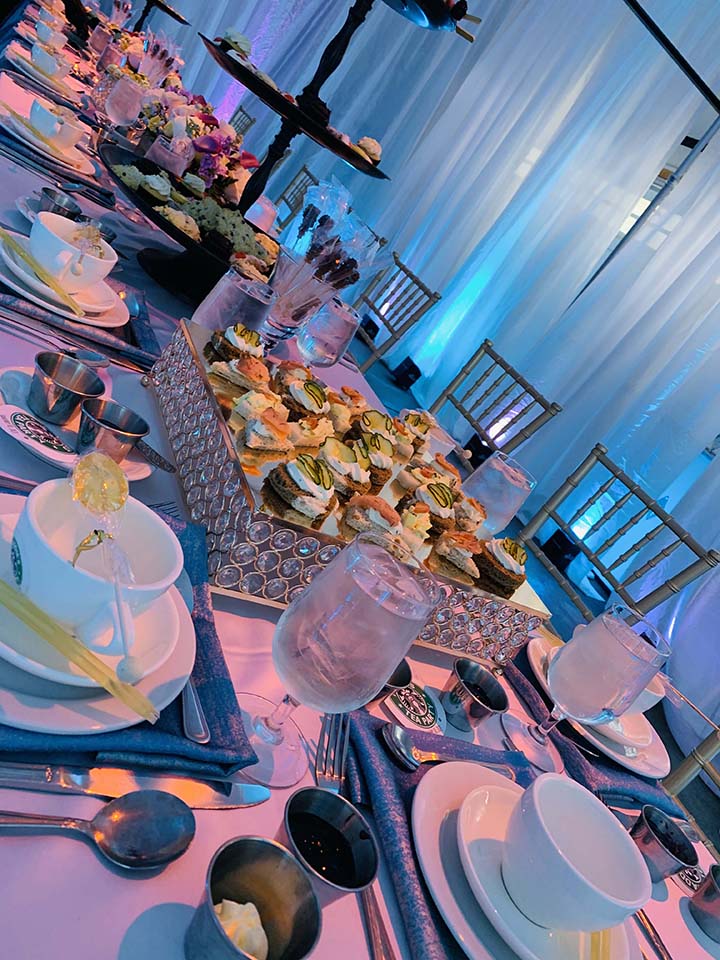 Both Worthington and Peterson agree that high tea has the potential to be the next big event trend going forward because it’s a perfect option for the small gatherings of the moment.

“People are desperate to spend time together,” Worthington said. “and afternoon tea provides the perfect opportunity to that.

“There’s something really special about afternoon tea because it’s quite an unusual thing to do.” 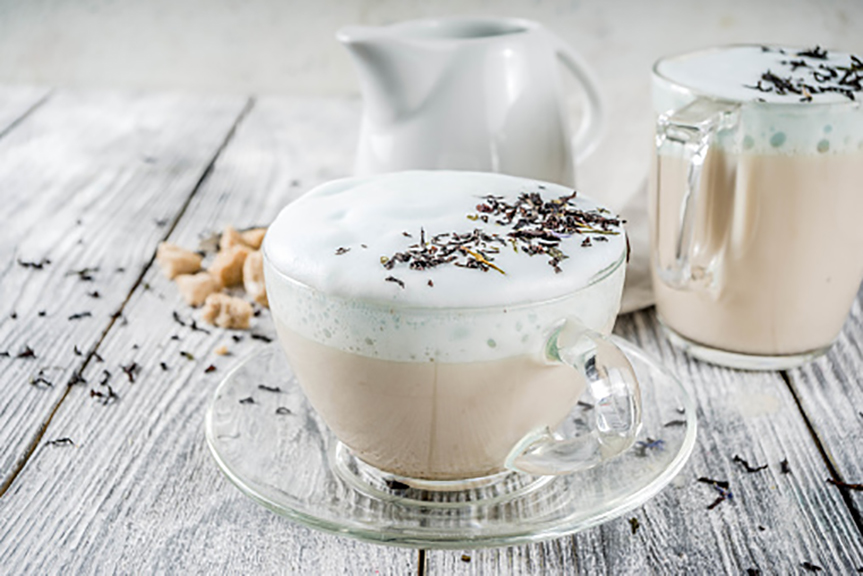 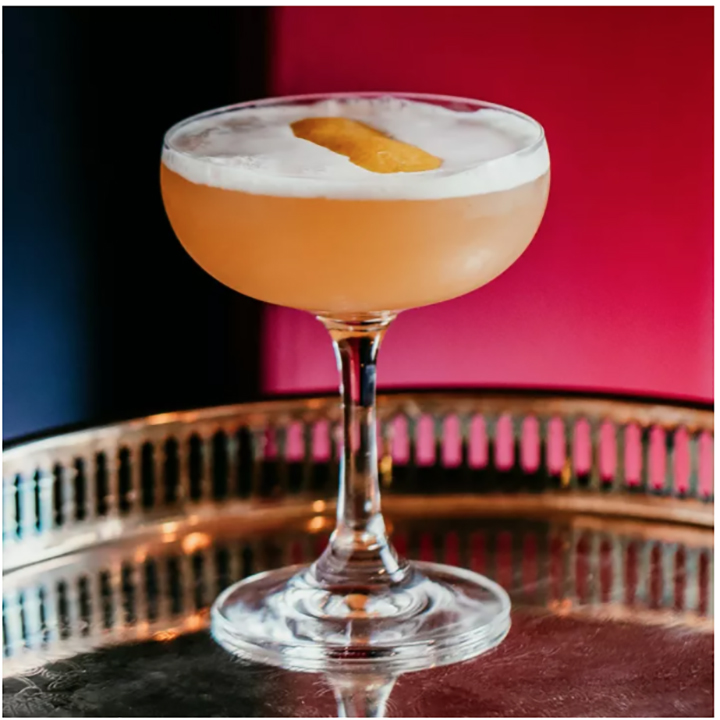 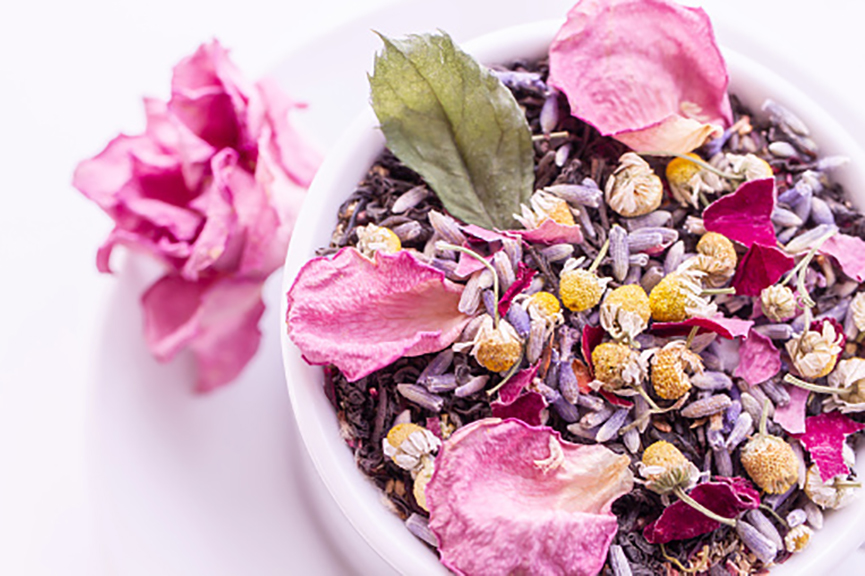