Recipe Friday: He’s Not Jerking You Around 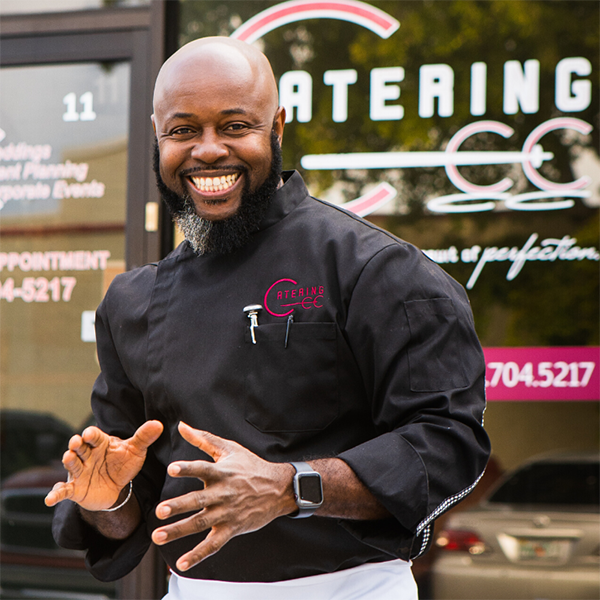 A culinary enthusiast with a wild passion and pursuit of perfection as it relates to all things edible, Chef Winston Williams has not only raised the bar for Caribbean haute cuisine but has also created a heightened awareness for “Floribbean” cuisine, which marries Asian and Caribbean cooking methods with exotic spices and fresh Floridian ingredients.

“When people ask me what my specialty is, I always have trouble with that question at first because as a caterer we do it all,” Chef Williams says. “But I guess [my specialty] would have to be classical cuisine with a Caribbean twist.”

From his show stopping, Keylime Broiled Grouper with a Coconut Mojito Sauce to the very popular Floribbean Beef Skillet Roast, and his very innovative signature Carambola Vinaigrette, Williams lent his exceptional knowledge via a session at Catersource, but he also served up a delicious “Jerk in a Cup” bite during The Event Experience held at Miami’s Jungle Island.

A native from the U.S. Virgin Islands, Williams first realized his passion for cooking while helping his mother and grandmother prepare generational family recipes. His education began in his mother’s kitchen. From there, Williams quickly became an aggressor in the culinary world from high school on. He managed to hold down a full time rigorous high school schedule, all while working full time at a 5-star 4-diamond resort on the island that included five unique concepts, all in which he was an intricate key player. After making his way through this venue, Williams decided to feed his hunger and drive by broadening his horizon outside of the island, with hopes of returning to claim his rightfully earned title as executive chef. The result of this decision landed him at Florida Culinary Institute in 1990. Once he graduated, however, fate took him on a different path as he worked his way through some of the most prestigious country clubs and resorts in Palm Beach. During the summer Williams traveled to New England as an assistant chef to further his already well-defined future and add to his culinary resume. In 1999 he decided to take a leap into entrepreneurship and become a culinary problem solver. 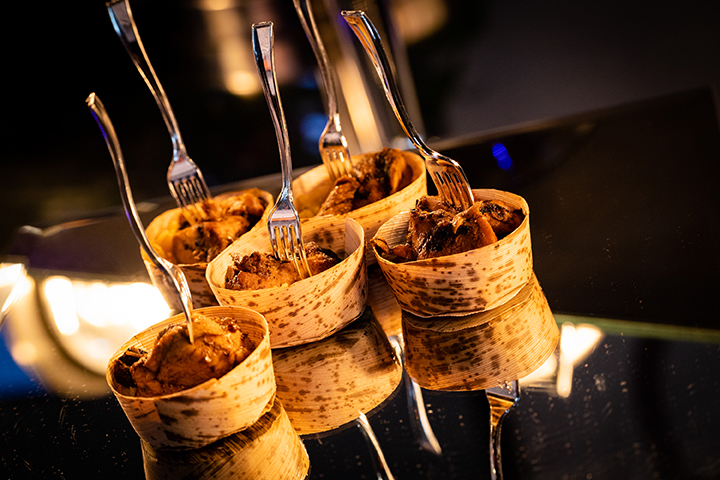 Chef Williams’ newest endeavor is his Intimate Floribbean Café, which is a speakeasy-style pop-up experience as part of his personal chef services.

“It’s a Chef Winston experience where I bring in my culture,” he says, “and whatever else Chef Winston brings to the table.”

Here are two of chef’s Floribbean inspired dishes to transport you to the islands. Bon Appetit! 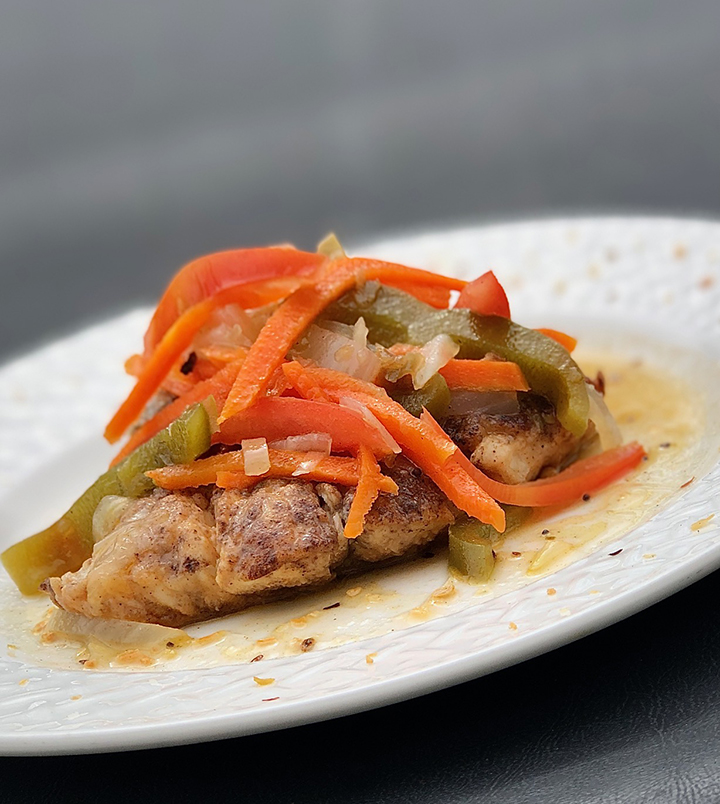 Of Spanish origin, Escovitch is a dish of poached or fried fish that is marinated in an acidic spicy mixture before serving. Photo courtesy of the chef

Of Spanish origin, this is a dish of poached or fried fish marinated in an acidic spicy mixture before serving. The acid in the marinade is usually vinegar but can also include citrus juices. Escovitch is the Caribbean name for this dish. 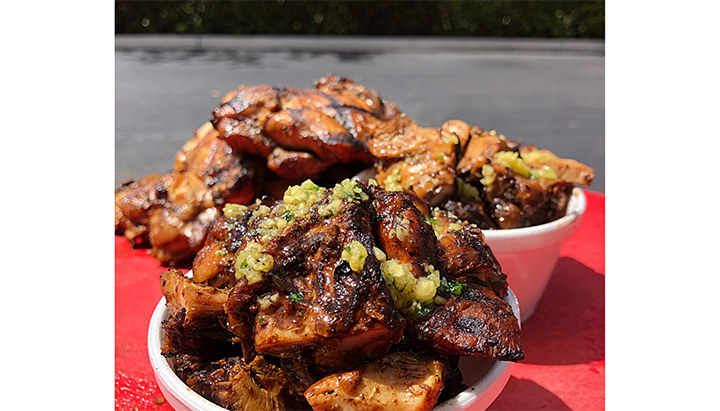 Jerk chicken is one of Chef Winston Williams’ signature Floribbean dishes. Photo courtesy of the chef