King Dahl: Living and Working to His Own Beat

King Dahl, the 2016 inductee into the Event Solutions Industry Hall of Fame, has been an inspiration for many for more than three decades. As the 2015 inductee, it was my honor to induct King at this year’s Catersource and Event Solutions conference in Las Vegas. 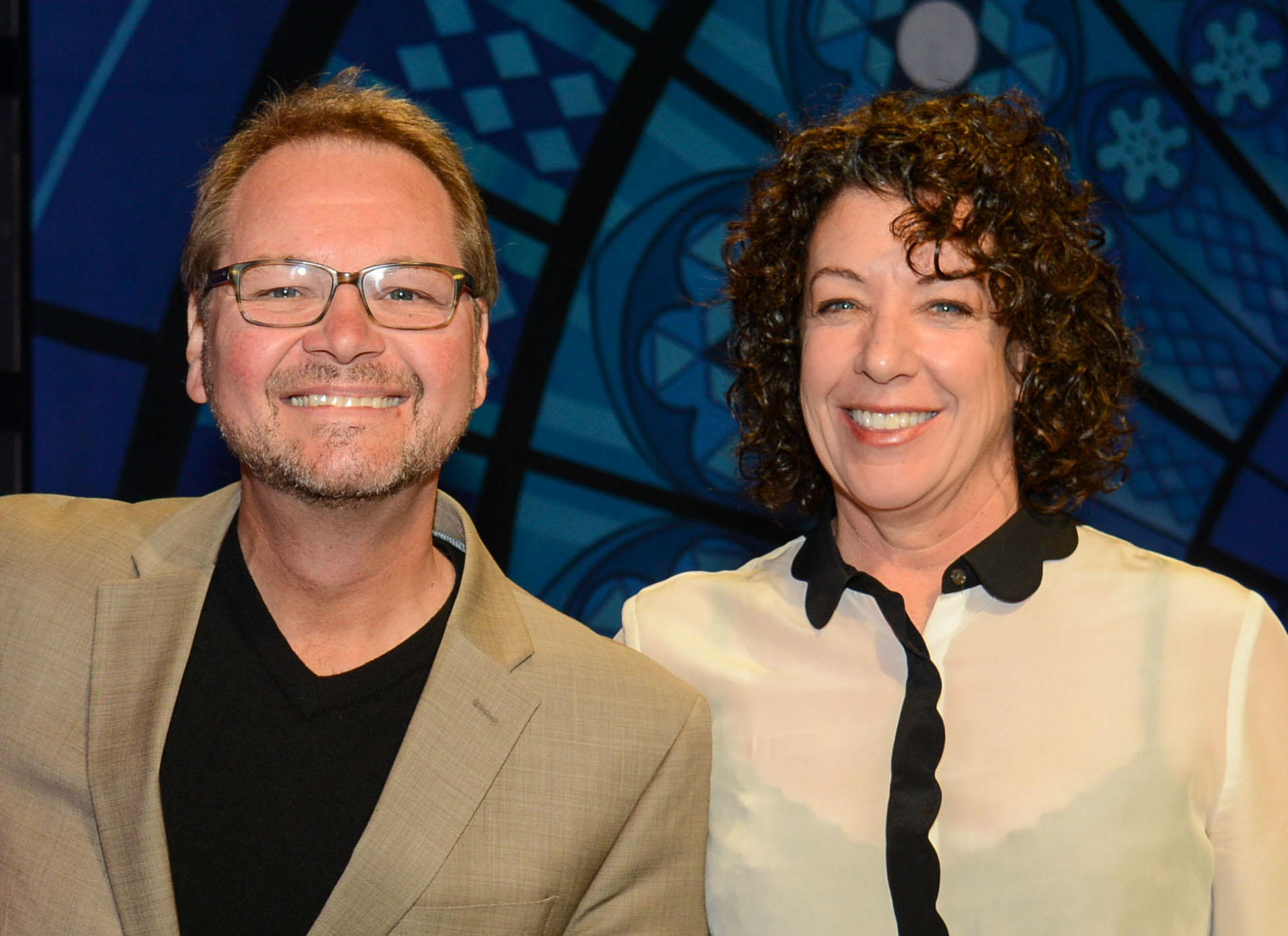 King Dahl and Liese Gardner at the ceremony on March 14; photo by Alex Quijano 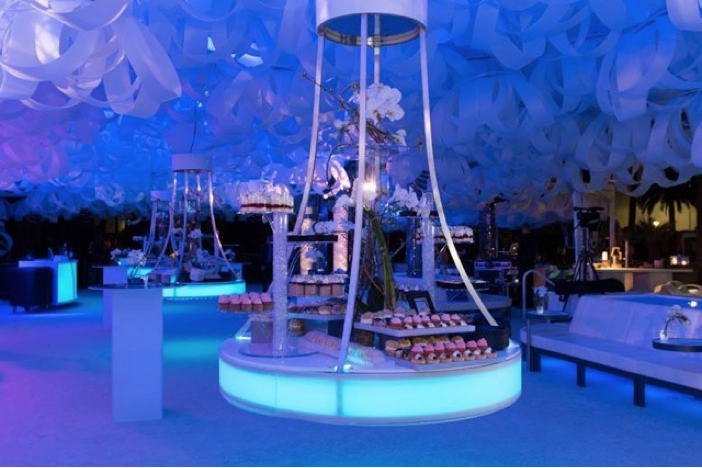 An event for one of Dahl’s favorite charitable foundations -- Cirque du Soleil’s One Night for One Drop; photo by Kelly McKeon

As Dahl’s success is in great part due to his ability to include others, I wanted my speech to do the same so I called on several of his long-time friends and colleagues. I found that, to a one, each was emphatic that in addition to Dahl’s design talents, his true strength was finding and celebrating the best in everyone, enabling them to create and work at their highest level.

“King always gave me the freedom to express my own individuality and talent to produce events while holding to his core vision,” said Carol Matteson, owner of King Dahl Events. Matteson purchased Dahl’s event company when he went to Las Vegas to become Executive Director of MGM Resorts Events in 2003 and she still owns and operates King Dahl Event Design in Agoura Hills, California.

Devin Hollars, Production Director and Executive VP of Sales and Operations at King Dahl Event Design, concurred with Matteson. “Failure was never an option on any aspect of an event,” he said. “It forced me to be truly creative on many occasions.” 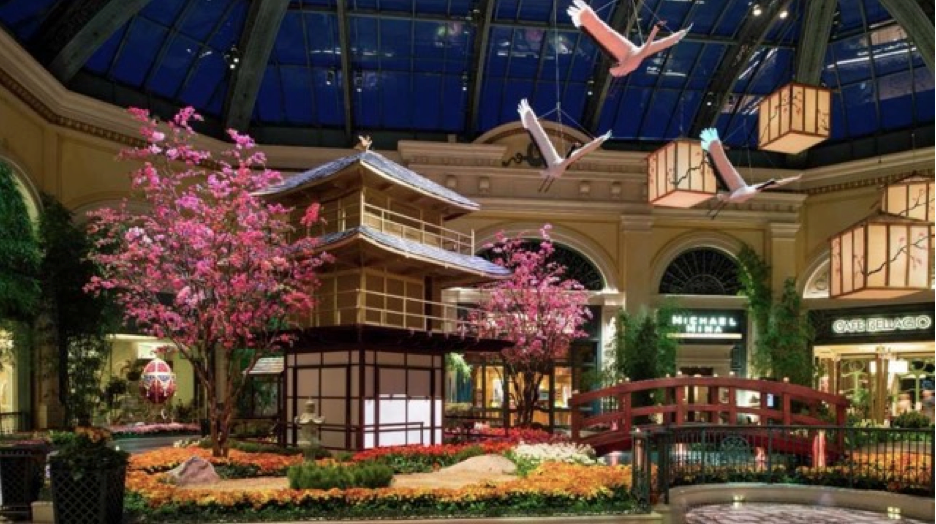 Japanese Spring at The Bellagio Conservatory; photo by Kelly McKeon 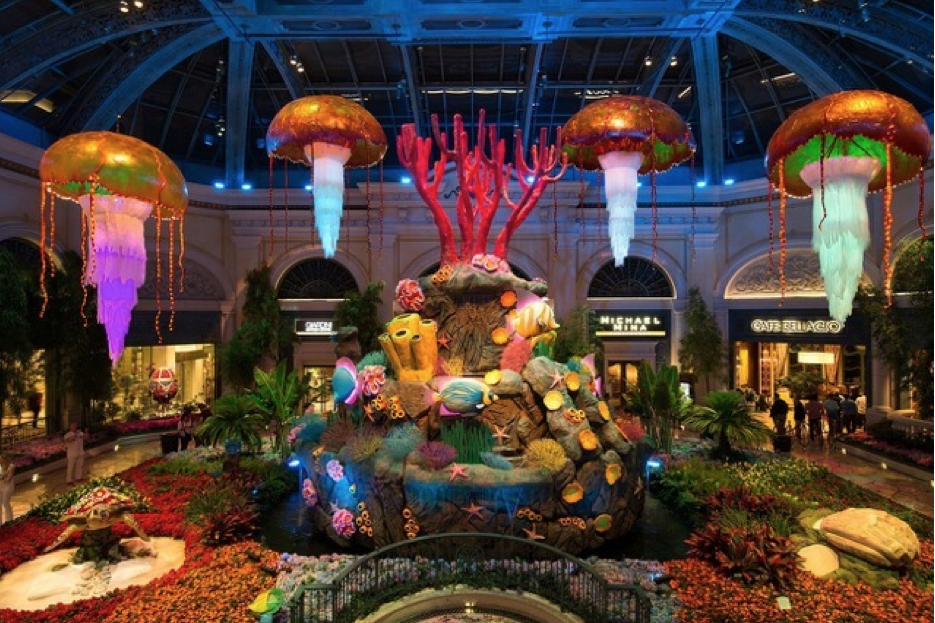 Under the Sea at The Bellagio Conservatory; photo by Kelly McKeon

Dahl came to the event industry by way of his first passion -- jazz. He had arrived in Los Angeles at the suggestion by his brother, event photographer Curtis Dahl, to explore jazz as a career. To make money, Dahl began working with Cheryl Fish at It’s The Main Event, also in Agoura Hills.

At some point Dahl realized two things – that jazz wasn’t going to pay the rent, and that he loved special events. He went to Fish and famously declared, “I love this industry and the bass is going in the case.” It was then that he dedicated himself to becoming a world-class event designer.

The more you know about jazz, the more you know about Dahl. “He brings the improvisational sensibility of jazz to his design work,” said Bob Fryer, owner of Pop! Ink Design Studio in Westlake Village, California, and a King Dahl protégé. “You can feel the rhythm in the projects that he is part of,” Fryer continued. “He has a way of approaching design with fresh, acute angles. What if we did this, what if we tried that?”

Along those lines, Dahl joined others in different business ventures such as the event and entertainment company, Milestone Productions in Agoura Hills. “He quickly enabled me to see what it was like to start a new company,” said owner Kevin McNally. “Milestone Productions was formed in 2002 with King as a junior partner and me as owner/operator. With Kings’ connections, the company it quickly got off its feet.” And remains there -- next year, Milestone will celebrate 15 years in business. 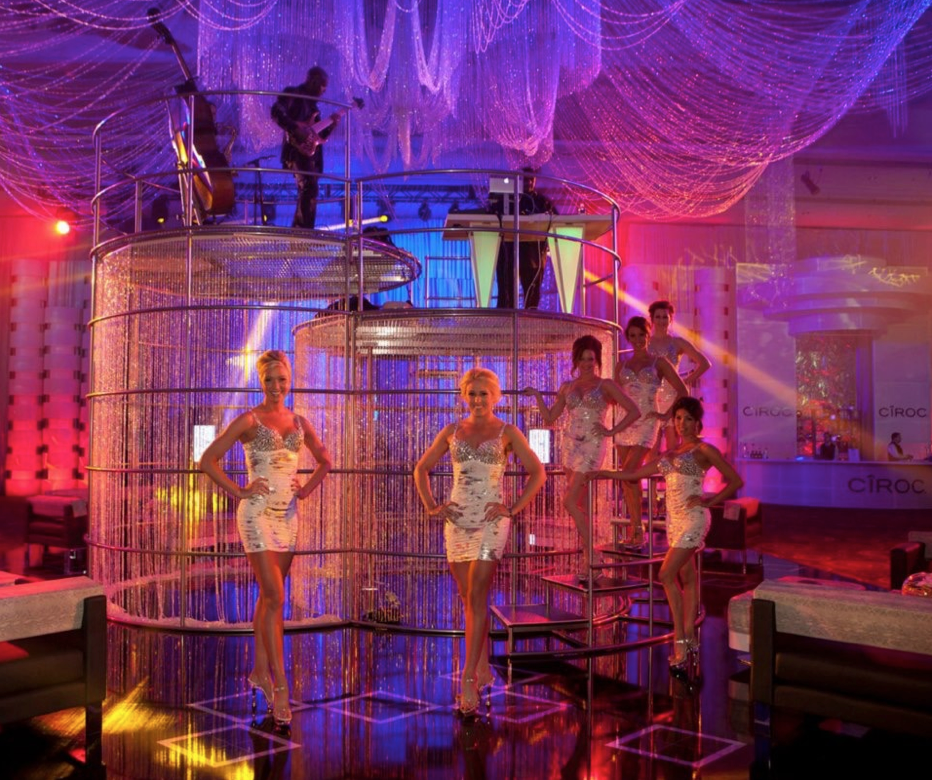 Yet while running this empire, this was one King that never lost touch with what is real. About his success he said simply, “I try to live by doing the right things and avoid doing the wrong things.” 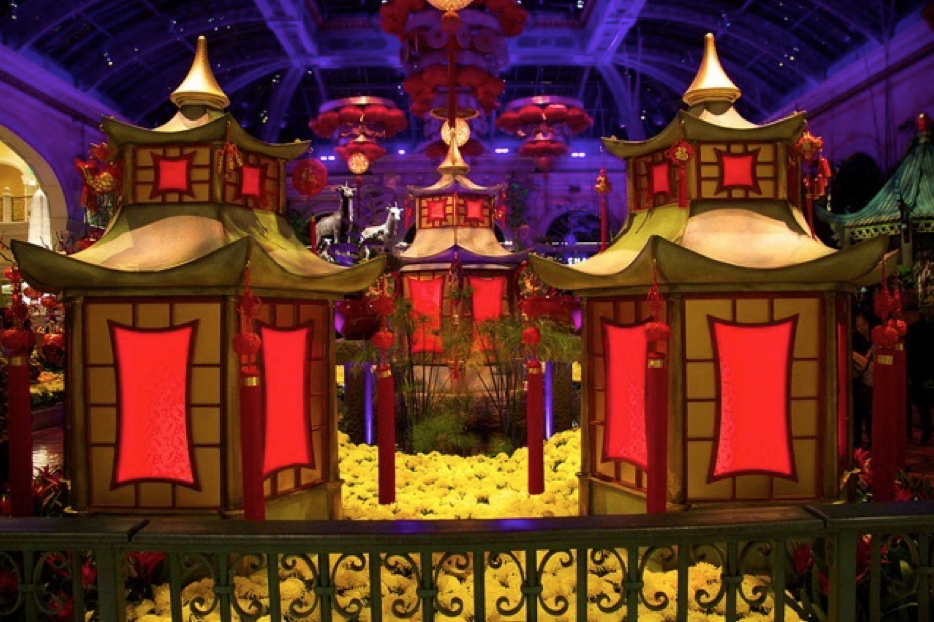 Could success be that simple? The answer is no. For Dahl, success also includes happiness. “A byproduct of King’s positive style is that happy people feel better and create better,” Fryer said. “People on his team and extended team are just that, people, not vendors. They are co-creators.” 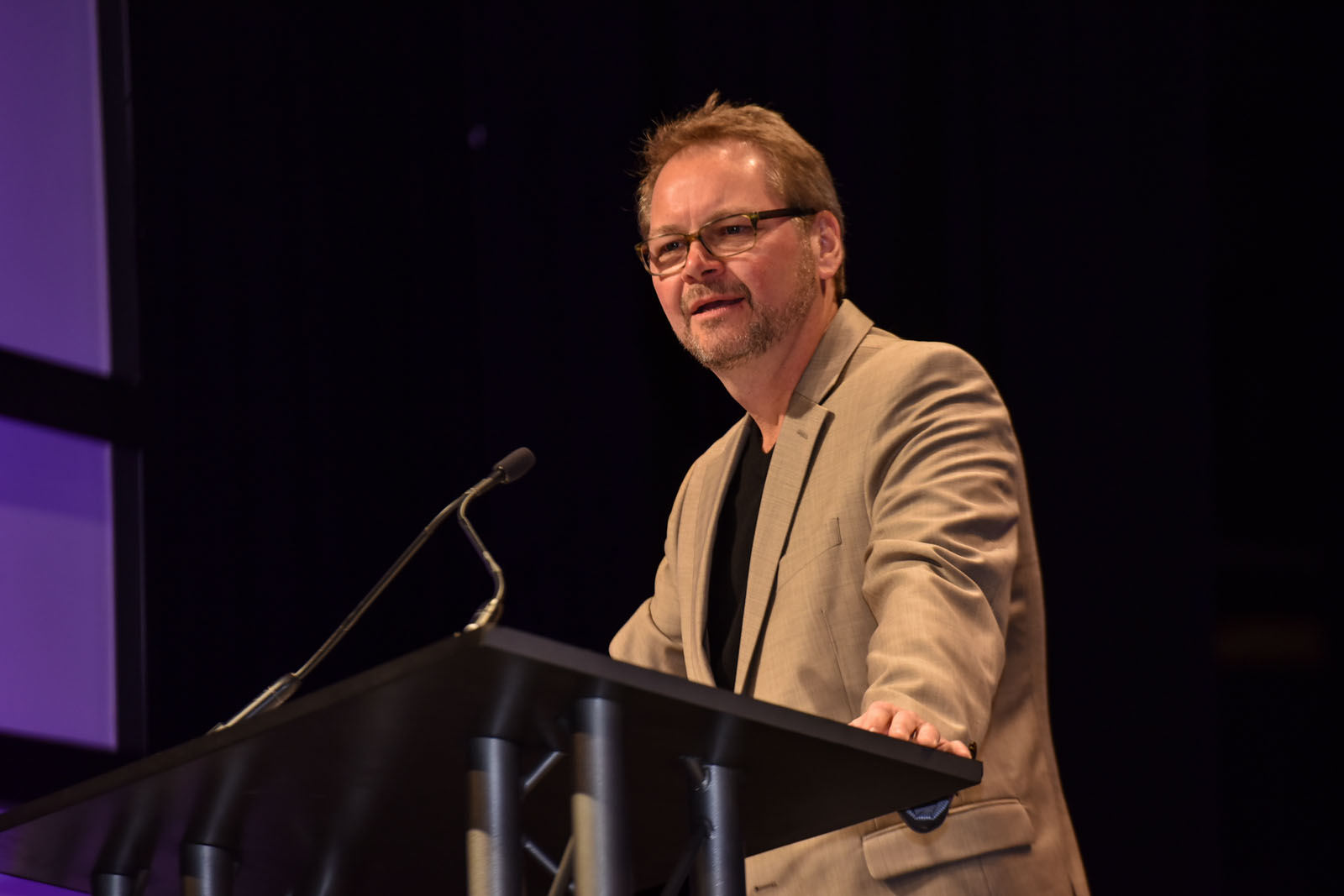 Dahl accepting his award at CSES2016 in Las Vegas; photo by Alex Quijano

Fish may sum it up best, “King’s talents are a way of life. Now his passion for music will provide the notes to his future.”

That future will no doubt lead him back to events from time to time (he admits to several projects in the works) but for now, it will lead him up the trail as he happily hikes the mountains of Washington with his wife Stacy in the day, plays bass in jazz clubs at night, and continues to live life at his own rhythm.

An event for another of Dahl’s favorite charitable foundations - “The Power of Love” Keep Memory Alive Gala; Video by Pacifica Films 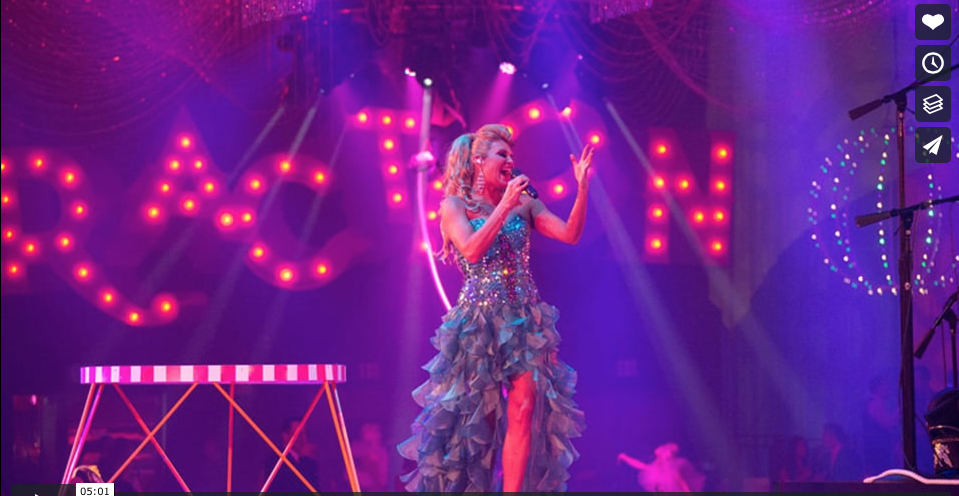