When chefs can gather, get real about the issues they face on the job (and what they bring home with them), and drop their egos at the door, an impactful, powerful and healing conversation can ensue.

Join American Culinary Federation chef Jeffrey Schlissel and a panel of chefs during Catersource + The Special Event (being held at the Orange County Convention Center in Orlando) at 4:00 p.m. on March 28 for Check Your Ego: Chefs & Mental Health—A Discussion, as they peel the onion's layers: mental health, work/life balance, vulnerability and other topics, with help and input from the audience. Bring your story. 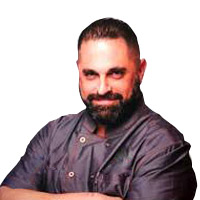 Chef Jeffrey Schlissel, known as Cheffrey to some and the Kingpin to the Bacon Cartel to others, has been in the culinary field for over 30 years. What started as an enjoyable way to spend time with his mother turned into a lifelong career.

Cheffrey has extensive knowledge cooking cuisines of all types but has a genuine passion for creating dishes that combine Pan Asian Floribbean flair, or as he calls it “Floribbeanasian”. He makes use of locally sourced and sustainable products in all his recipes. As of late, Chef has been experimenting with modern cuisine, smoking and creating unique and delicious dishes like VEGAN bone marrow! His experimentation and propensity to push the envelope with his recipes is why he is also known as the “Mad Scientist” and why the Locale Gastropub is now the Locale Gastropub & “Test Kitchen”.

He has presented at the National Convention of the American Culinary Federation for six years. He works with local farmers to feed their animals better to provide him with a better usable product for his guests, and to be less impactful on our natural resources. He has seen too much wasted food in the industry and continues to do his part by building a culture around limiting waste to maximize resources and profits.

Schlissel is the President of the Palm Beach Chefs Association, winner of the best Asian Fusion Restaurant in 2012 by Boca magazine, Cutting Edge Chef of 2016 by the National Convention of the ACF, 2017 Chef of the Year for the Palm Beach Chefs Association, 2022 Presidential Medallion at the National Convention in Vegas. He is now delighting guests with his unique creations as Head Chef / Mad Scientist of the BC Market and Butcher Shop. 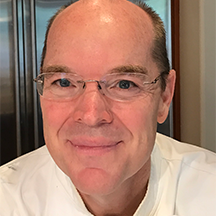 Peter McCaffrey was for many years a prominent and successful chef/owner of a high profile catering company in the Wine Country area north of San Francisco. He operated Wine Valley Catering for 20 years, with a client list that included Opus One Winery, Mr. and Mrs. Robert Mondavi, Google, Yelp, and the City of San Francisco. His company provided F&B services at the prestigious Villagio and the Vintage Inn in Yountville, CA.

McCaffrey is a graduate of the California Culinary Academy. After graduation he made the rounds of some of the most prominent restaurants in France, working under Chefs Alain Ducasse, Alain Senderens, and Phillipe de Givenchy. He returned to the US to take on a number of important culinary positions, including Executive Sous Chef at the Lafayette Hotel in Boston, Chef de Cuisine at the Portman Hotel in San Francisco, and Executive Chef at the Brava Terrace Restaurant in the Napa Valley.

After spending time working on several important catering functions, including the San Francisco Wine Auction, the Napa Valley James Beard Dinner, and the Napa Valley Wine Auction, McCaffrey decided to take on the catering challenge by starting his own catering company. In addition to acting as chef/owner, he was also the general manager of the Wine Valley Catering company, and was highly successful.

Catering in the Napa Valley area was and is a challenge, because of the extraordinarily high expectations set by the wine and culinary communities in the region. WVCC was for years the most successful caterer in the area, which is an indication of the quality of the product that the company, led by Peter, offered their clients.

Since retiring from running his own business, McCaffrey has decided that he wants to continue to participate in the catering industry, by becoming a culinary consultant.