"Independent restaurants (and caterers) shouldn’t be a casualty"

The last couple months saw a glimmer of light at the end of the tunnel—events were happening, albeit smaller, restaurants were welcoming back diners and celebrating once again back on the menu. But things took a drastic turn the past month as COVID-19 cases began to surge again,  limitations on gatherings were once again being implemented and restaurants shuttered their doors.

“Odds are it’s going to get worse before it gets better,” said Carl Sacks, Senior Consultant and Managing Director for Certified Catering Consultants, and Executive Director of the LCA.

As the old adage goes, when a door closes, somewhere a window opens, and that was certainly the mentality that Representative Earl Blumenauer, an Oregon Democrat, tried to convey during his opening session during the LCA Executive Summit when he discussed the RESTAURANTS Act, which was recently passed by the House of Representatives and is currently being discussed by the Senate. 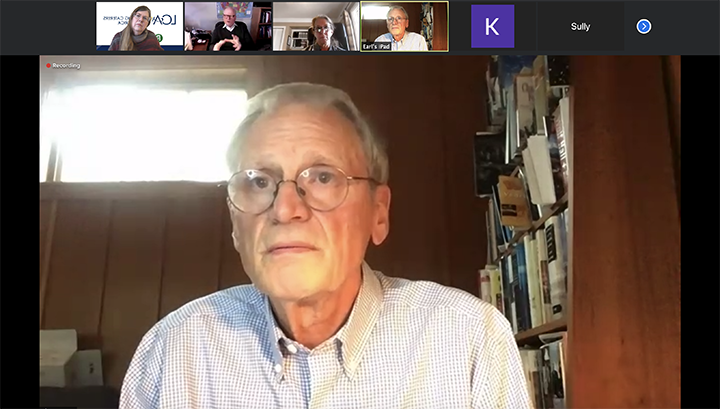 The RESTAURANTS Act would provide up to $120 billion in grants to independent restaurants, small restaurant chains (with fewer than 20 locations) and catering firms. The aid would cover the difference between last year’s revenues and this year’s revenues, and could be used to cover most expenses, including payroll.

"We need to stabilize, we need to make sure that people can stay in business,” said Blumenauer, who sponsored the bill. “It’s important to step up and make this investment to enable businesses that are literally hanging on by their fingerprints to transition into what we hope are better times ahead."

Registration is now open for both Catersource Conference & Tradeshow and The Special Event, which will be co-located in Miami Beach, Florida July 19–22, 2021. Go to conference.catersource.com for conference information.

More information about the RESTAURANTS Act can be found here.

To read the full text of the RESTAURANTS Act, click here.

During his session, Blumenauer discussed how politicians on both sides of the aisle have stepped up and recognized the urgency in providing relief to those who have been the hardest hit—restaurants and caterers.  In April alone, 5.5 million restaurant workers lost their jobs, accounting for 27 percent of total job losses in the month. Without further action from Congress, over 11 million independent restaurant workers are at risk of permanently losing their jobs. There are more than one million restaurant locations in the United States, including bars, independent restaurants, chain restaurants, and social caterers. The Bureau of Labor Statistics estimates that the restaurant industry has lost over 6.1 million jobs – the most of any industry and double the figure from the next most affected industry.

“(COVID-19) is devastating for our restaurants, and tasting rooms, and catering operations—it's really going to be a tremendous blow,” Blumenauer said. “And this is on (our politicians’) radar screens. They understand that this is serious and that this is the time to pull out all the stops.”

Blumenauer said it could be just a matter of weeks before the RESTAURANTS ACT is approved, offering a much needed safety net.

“Independent restaurants (and caterers) shouldn’t be a casualty when we have it in our power to keep them afloat,” he said. “There’s an appetite for doing this."