Liz Neumark, the founder and CEO of Great Performances, the celebrated catering and events company, known for its deliciously creative culinary creations, exemplary service and commitment to sustainability, has been named one of the “50 Most Powerful Women” in New York City by Crain’s New York Business.  She is the only woman representing the food and hospitality sector and one of only seven who founded their businesses. Neumark made her first appearance on a similar list by Crain’s of 100 women in 2007 and has been a perennial  on what is now a biennial list of the 50 most powerful women since 2015, the latest edition of which appeared in the June 17 issue of the weekly publication considered THE authority on New York City business. 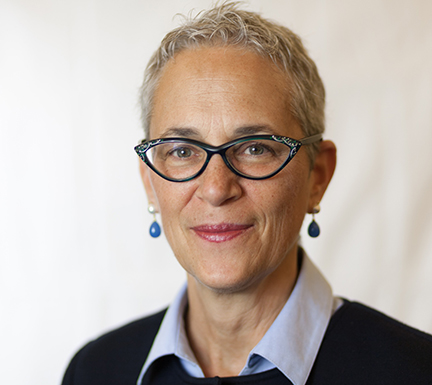 Liz Neumark
Neumark was cited for her impact on the city as a palate influencer, given Great Performances feeds more  than 676,000 New Yorkers annually at events and at the restaurants, cafes, and concessions the company operates at its exclusive venue partners, which constitute a number of the city’s most prestigious cultural institutions. Crain’s also noted Great Performances’ 20 percent annual revenue growth to $60 million since 2017 and recognized Neumark’s significant civic work. Neumark is on the board of The Sylvia Center, which is dedicated to teaching nutrition and heathy cooking to children in underserved neighborhoods in New York City and upstate NY’s Columbia Co; on the boards of GrowNYC, women.nyc and the Fund for Public Housing;  chair of the Hudson BID; and on the advisory board of the West Side Campaign Against Hunger.
Within Great Performances, Neumark annually awards $20,000 in grants to four of her more than 1,300 full and part-time employees to fund projects that will further their artistic career aspirations (a nod to Great Performances circa 1980 origins as a waitress service for events providing women pursuing careers in the arts with flexible part-time employment).

“In a city filled with amazing women and a with business community in which women are increasingly making a dynamic impact, it is truly an honor to be on this list.  As New Yorkers, we come together around the tables of our diverse arenas. Great Performances’ role on the city’s food and hospitality landscape allows us to enrich lives in a meaningful way, which is such a tremendously gratifying privilege,” stated Neumark.
The latest honor for Neumark comes on the heels of her being chosen to give the commencement address at the Culinary Institute of America on May 28 and the chronicling of her major role as a disrupter on New York City’s catering landscape with the April publication of Hotbox, Inside Catering, the Food World’s Riskiest Business by Matt and Ted Lee. (Editor's note: Matt & Ted Lee will be appearing at Catersource Conference & Tradeshow in 2020. Click here for information about the show.)
The authors position Neumark as “…one of the most influential and innovative figures in the industry today; she was among the independents who crashed the scene in the early eighties, challenging the hegemony of the Glorious Foods boys club.  Today she leads Great Performances, the largest off-premise catering firm in New York and one of the top three revenue earners among the nation’s independent caterers.”
Crain’s offered testimony to Neumark’s continued success with Great Performances by addressing the company’s late July 2019 move to new space in the South Bronx neighborhood of New York City which will double its footprint to more than 45,000 sq. ft and add some 181 new jobs.
Opening image photo via https://www.greatperformances.com homepage; Amanda Gentile.