What Does the Future of the Catering Industry Hold?

To gain perspective on the catering industry’s likely future and the changes brought about by COVID-19, it may be useful to look at the history of catering in the U.S. The modern off-premise catering industry began to take shape in the late 1970s and early 1980s. Many of the current familiar catering brands around the country were founded during that period.

(Please note that the financial data points in this article reference catering by caterers. They do not include catering revenue generated by other providers such as hotels, clubs, restaurants, contract foodservice providers, retailers, and institutions.)

Similar to the current situation, the U.S. economy was in a tailspin during the early 1980s. For those of you who are old enough to remember that era, inflation, driven by oil price increases, was through the roof. To get inflation under control, the Federal Reserve raised interest rates drastically, to the point where in early 1982 a regular 30-year mortgage had an interest rate of 17.5%.

With interest rates at that level, it was amazing that anyone could afford a place to live, much less be able to hire a caterer. The entire economy was affected, with unemployment peaking at 10.8% in November 1982—well above the current level.

Yet during that period, when it seemed this might be a downward economic spiral from which we’d never emerge, the catering industry began to recover and start its march toward very substantial growth. In 1982, the catering sector broke $1 billion in annual revenue for the first time. For most of the following two decades, the catering sector was the fastest growing foodservice sector, except for snack (coffee) bars.

Registration is now open for both Catersource Conference & Tradeshow and The Special Event, which will be co-located in Miami Beach, Florida July 19–22, 2021. Go to conference.catersource.com for conference information.

Even taking inflation into account, growth in the catering industry in the intervening years has been awe-inspiring. The revenue pool in 1982 of slightly over $1 billion would be the equivalent of $3 billion today. Instead, in 2019, catering sector revenue was just short of $13 billion—the additional $10 billion representing organic growth.

Since the early 1980s, the industry has faced a sequence of crises—some of which were more serious than others, but all were highly impactful on at least some parts of the industry. The Black Monday stock market meltdown in 1987, the tech sector’s implosion in the late 1990s, 9/11, and the Great Recession all represented significant challenges for caterers. Yet up until March of this year, the industry as a whole continued to thrive.

We are confident that the industry will recover from this crisis as well. However, we believe that there may be some inflection point changes to our industry due to the current downturn. It’s accepted wisdom, not just in catering but in the broader business universe, that the pandemic accelerates already existing trends. Some of these trends may be reversed once the immediate crisis passes. Our goal is to try to analyze and predict which of these changes may be permanent and which are transitory.

Following are some of the areas we believe may be impacted:

Corporate delivery catering – With many white-collar workers toiling from home, the market for corporate delivery catering has shrunk substantially, in some markets by as much as 90%. However, we believe that a substantial number of workers will return to their offices once the pandemic recedes. These will include many high value-added employees, who are often the beneficiaries of office catering orders.

We don’t think that the corporate catering market will bounce back to pre-COVID levels for some years. This is both a result of some employees working remotely permanently and some meetings that used to be held in person and catered now being done on camera. But it will undoubtedly improve from where it is currently.

Retail (non-corporate) delivery catering – Many caterers decided to pursue this market, delivering to private homes, as their event business evaporated early in the pandemic. Some have been relatively successful in developing this as an additional catering line and will retain the business once the event business returns. Other caterers have struggled to find success in this market.

We are confident that once home entertaining is once again allowed, this business will grow substantially. Much of this retail catering business is generated by upper-middle and upper-income households and in areas that are popular for vacation homes. If these describe the areas in which you operate, we’d recommend sticking to this business opportunity.

Lifecycle/social catering – We believe that this business will come back first, well in advance of other full-service catering sectors such as fundraising galas and corporate full-service events. Already the wedding buyers are eager to begin planning their receptions. It may be that it will be some time before the destination wedding market recovers, but local weddings are likely to come back very strongly.

Other life cycle events, such as bar/bat mitzvahs, quinceañeras, and other similar celebrations, will likely also return with a vengeance. Not only are these important to most family units, but many families have also saved some of the funds they would have spent on other celebrations during the pandemic. These will now be made available for future celebrations.

Corporate full-service catering – This sector of the catering business may be the laggard in the recovery. Some corporations that use catered events as a marketing tool will likely want to get started with these as soon as possible. But celebratory- and employee morale-driven catered events may take somewhat longer to return.

Other changes in the industry driven by the pandemic:

Because the barriers to entry for the catering business are relatively low, many caterers do not focus on their companies’ profitability as they really should. Many are happy to take a salary, rather than having a goal for achieving a real profit. We refer to these companies as lifestyle businesses. However, this pandemic has been a wake-up call for these owners. Most caterers that survive the pandemic will be forced to
re-evaluate their willingness to operate on a break-even basis. We believe that in the long run, this will be good for the industry as a whole.

Relating to the previous point, many caterers are already doing a deep dive into their operations to find areas where there may be potential savings. Among the areas we have heard being explored already:

Speaking to caterers around the country, ranging from small mom and pop caterers to large independent caterers, we have heard a few things over and over. One is that senior personnel have spent at least part of the pandemic doing tasks more typically accomplished by subordinates. For example, they have been loading trucks, working in the kitchen, driving orders, writing proposals, etc.

In the long run, we believe that this will be good for the industry since it will provide the decision-makers with a perspective that they may not have had before, or at least not recently. While it is essential that the owners spend most of their time working on their companies rather than in their companies, this temporary reversal of roles should provide greater insight regarding what is being asked of junior employees.

We believe that the current pandemic represents the greatest challenge to the catering industry in the modern era. But we are confident that a substantial portion of the catering business will return as soon as it is allowed and that in the long run, the industry as a whole will return to its substantial pre-pandemic growth pattern. 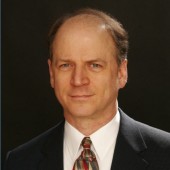 Carl Sacks is a highly respected veteran hospitality industry executive. Sometimes described as the consummate catering industry insider, he has one of the longest track records of management success in this most competitive sector.

As a consultant to caterers as well as to companies serving to the catering industry, his client list numbers in the hundreds, and includes the entire range of the industry from small entrepreneurial caterers to major multinational companies. His acute and perceptive analysis has helped many caterers achieve a level of success and profitability that they would have been unlikely to reach on their own.

He is also the executive director...