The State of Wedding Media Since the SMP Announcements

Events that truly rock the wedding industry are somewhat few and far between, thankfully. However, they do happen, as the recent sudden announcement that wedding media giant, Style Me Pretty (SMP) would be closing down operations, only to be run again by founder Abby Larson, proves.

Wedding professionals around the world, especially those who had come to rely on SMP’s “Little Black Book” as an important source of new referrals, were left shaken and concerned about their futures at the news of the site’s changes.

What does SMP’s closing and sudden re-opening mean for the wedding industry? Our experts weighed in with their thoughts just days after the announcement.

Fear that blogs will disappear

Even though SMP was ultimately saved by its founder Abby Larson, that’s not to say it didn’t instill fear from the industry that wedding media outlets were on the decline. Ultimately, however, SMP’s current business model isn’t reflective of the media as a whole.

Brittny Drye of Love Inc. expands, “The sudden announcement of a pending closure left a lot of wedding pros questioning the fate of wedding blogs and online wedding media. In reality, the initial closing announcement of SMP was a corporate decision, which has very little to do with your average small business wedding publication.”

With that being said, Drye notes that SMP had an entirely different financial situation and business model than that of the average wedding editor. Regardless, times are changing as she shares, “The one thing in common, though, is that both business models are struggling in the wedding world.”

Even with SMP remaining, there are still a number of sites that have gone dark in the last year- most notably Snippet & Ink and Borrowed & Blue, among others. After the initial shock wears off, the inevitable question remains: what do I stand to lose?

Chelsea LaVere of Tidewater and Tulle views vendors and publishers alike are existing in a “state of the unknown,” saying, “Wedding pros are frantic to be losing their published features and benefits from them, editors are waiting to see how it affects future brand partnerships and submissions, and a ton of us are wondering if all those broken links on Pinterest are going to affect social media algorithms.”

If anything, this news stresses the importance of diversifying your promotional strategies to ensure an announcement such as this doesn’t impact your bottom line significantly.

Bill Tzizik of Classic Photographers is confident his business would not have been over-affected by the potential closure as he is careful to diversify his advertising and publicity streams. “For those that [SMP’s closing] particularly affected initially, this news should hopefully serve as the catalyst they need to expand on the number of channels they consider to reach their target audience,” says Tzizik.

What is clear is that the face of online wedding marketing is changing. What is not entirely clear yet is what the next big thing will be.

Michele Schwartz of The Modern Jewish Wedding predicts that, “Wedding media is going to evolve, placing more value on sponsored posts, Instagram takeovers and Pinterest than directory advertising. I also think some new social media vehicle is just around the corner that is going to surprise us all.”

Drye agrees that change is in the air, saying, “As editors, we do have to adapt to how the modern-day couple is planning a wedding, while still maintaining a strong foundation (i.e. our blogs) that will continue to thrive through algorithm changes.”

While we monitor changes in traffic, shifts away from monetized blogs to powerful standalone web branding, and what this means for small businesses with limited resources, LaVere offers this closing advice:

“Financially support your favorite blogs, publications, and magazines if you love what they do, have been published often, or just want to help keep the lights on an important community resource.”

Our industry is destined for an interesting ride as we decipher together the deeper meaning and impact of the last month, and what it means for the future of wedding marketing.

For more industry news, click on this link to be taken to the Catersource’s main news page. 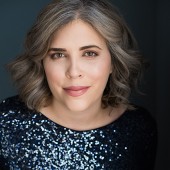 Meghan Ely is the owner of wedding PR and wedding marketing firm OFD Consulting. Ely is a sought-after speaker, adjunct professor in the field of public relations, and a self-professed royal wedding enthusiast.