It may be difficult to start thinking about summer trends, what with events still postponed and social distancing restrictions still in play. However, there is still one constant that has remained through all of this: people still need to eat. Whether you have traded in your large-scale corporate catering for family meal delivery or have switched from feeding weddings guests to feeding hospital workers, there is still plenty of opportunity to get into the kitchen to be creative.

Earlier this month, the National Association for Catering & Events hosted a webinar that looked at the summer trends that will be on the horizon as fresh flavors take front and center.

“There is a lot of seasonality that you get during the summer,” said James Filtz of the Ritz Carlton, who hosted the webinar. “Your job as a caterer is to find ways to showcase these items in as many different ways as possible.”

There are few things that more effective in evoking the feeling of summertime than highlighting seasonal fresh fruits and vegetables ss part of your menus. They first step is to work closely with your local vendors or farmers, Filtz said.
“As you star planning your menus,” he said, “you need to know what your local suppliers are able to get for you.”

Here are some of the summer food trends that for 2020:

Stone fruits such as peaches, nectarines and plums are some of the most bountiful things you can use during the summer, Filtz said, and the fact that they can ripen both on and off the vine allows you to keep them on your menu for most, if not all, of the summer.  Stone fruits are very versatile in that they can be used in sweet dishes, such as pies or ice creams, but they can also go the savory route in salads or other dishes. 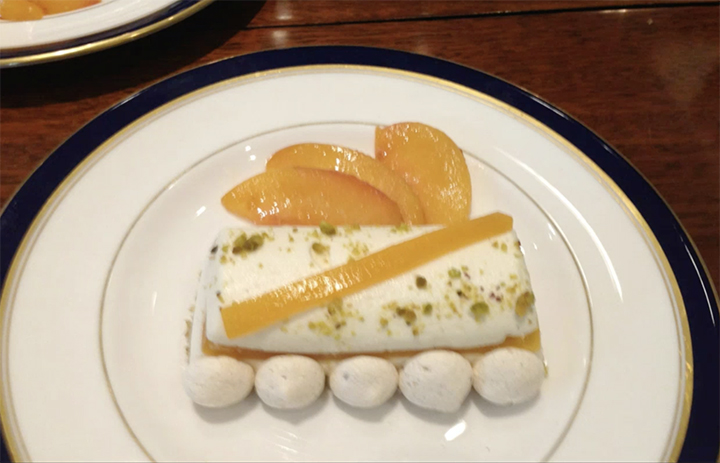 The night shade family of vegetables include tomatoes, peppers, chilies, eggplant, white potato, tomatillos and okra. These vegetables can be everything from a side, to a crudité appetizer, and can even be a main dish in a gumbo or similar dish.  One example that Filtz gave during the webinar was to dress cherry tomatoes in a homemade pesto an appetizer.

With so many different options, everything from fresh corn to yellow squash to pan squash to baby zucchini and even zucchini blossoms, there are no shortage of ways to use these vegetables. In addition to plated meals, these vegetables can also be great options for crudités as well as display tables. One way that Filtz used zucchini and squash was to place them in a crudité cup with some hummus.

“It was a little less variety than the guests wanted, but was able to sell them on it,” Filtz said, because they were coming from a local farm just down the road.”

And of course, you can’t go wrong with fresh berries, melons, cherries and rhubarb.  Whether in pies, tarts, sorbets, ice creams or other desserts, fresh summer fruit is a delight to everyone.

“Truthfully, in the peak of summer, the best thing you can do with summer fruit is almost do nothing,” Filtz said, “they are so delicious and sweet all on their own.” 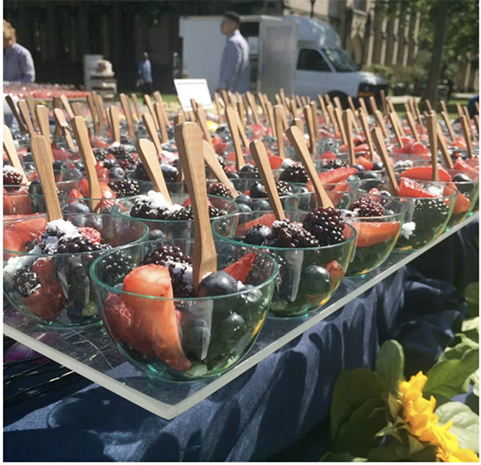 One thing to be warry of though, Filtz said, is that fresh summer fruit, berries specifically, must be used relatively quickly because they are very fragile.

“You need to use them immediately,” he said, “but you are also rewarded with the fact that they are sweet, not sour and will show your customers that you are using best of the best.”

Not just food, but feeling

Summer catering trends isn’t just about the food though, it’s also about the techniques.

For example, there is nothing more “summer” than grilling, so incorporate grilled meats into your menus. Torching is also another way to invoke the feeling of summer, specifically when it comes of desserts and meringues.

“It gives it that campfire marshmallow effect,” Filtz said, “so it evokes that summertime, late night campfire idea that directly connects to summer.” 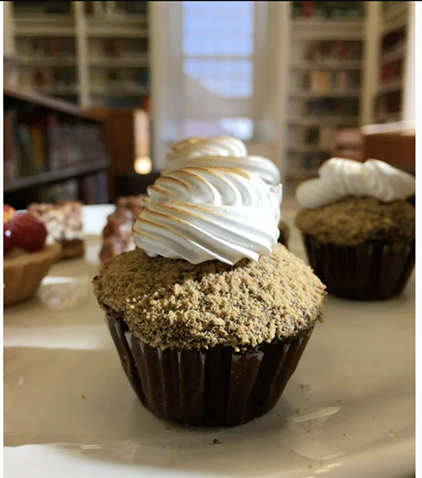 Poaching is another technique that is popular during the summer, Filtz said, because it can often be used on chilled dishes, such as chicken for fish.

“People want to be refreshed in the summer,” he said.

A few things to avoid in the summer? Soups, heavy foods, and dishes that require a lot of manipulation of ingredients.

“You want to showcase the quality of the food all on their own,” Filtz said.

Shareability is also key. With a modern attendee base who loves to share their meals via Instagram, food plays into that shareability in a big way. As such, look to menus to cater to bright, bold colors that attendees just can’t help but share.

Even though many summer fruits and vegetables have small growing windows, there are a number of ways to incorporate them into your menu all throughout the year, such as canning and freezing.

“There’s all kinds of amazing things you can do with in season produce to last throughout the year,” he said.