When salespeople are prospecting for new clients, they need to cast a wide net in order to get a few bites.

They also need to be ready and waiting for their prospects to respond to them based on the prospects schedule, not based on the salesperson’s desired timeframe. Salespeople need to be organized, respectful, and methodical with their follow up. In these times of immediate reward and recognition, it is difficult for salespeople to be patient and understand that they need to put in extensive time and effort in order to be rewarded. They have to work every angle and be creative with every opportunity that comes their way because you never know what may come of it.

The biggest client I ever landed took four years to catch. It started with developing a relationship with the receptionist. A year later, she got my foot in the door to present my menus to the large administrative team. This landed two years of lunch orders that eventually got me one of the partner’s attention. This partner eventually asked for a proposal for a holiday party. That holiday party became a $300,000 annual event for at least 10 years of my catering career (in addition to all that lunch business).

I never gave up and I never thought any business was too small. I was ready, willing and responsive for whatever they asked of me. I never assumed their business was always mine and I was always prepared. This became the biggest client of my career.

Inspire.
I was working in Puerto Vallarta last December. I took weekends off at my favorite beach club, La Carreta. It was a typical Saturday at La Carreta and I was chatting to my regular pals when a lot of action started stirring just south of us on the beach. It was like a scene out of “Jaws” where a wave of people started standing up from where an odd water activity was taking place. What was it? Did people spot a whale close to the beach? Was it a dolphin? Was someone in danger?

Actually, there were fish fighting in the water just feet from the beach. Biting! Attacking! Splashing and whipping around like crazy! Pelicans were circling them causing even more of a ruckus. Suddenly, a fisherman showed up with fishing wire wrapped on a cable ring. He launched the wire into the ocean with a tiny piece of bait. He was at the location on the spot, ready to catch the big fish. This was incredible to see.

Within seconds, and I mean literally 20 seconds, he whipped out the wire with a strong arm (without a pole might I add), and pulled in a torito (white fish) on his third attempt. To say we were all in awe of what happened is an understatement. I have been coming to this beach club for 10 years and have never seen this before. Neither have my beach pals or the La Carreta staff. 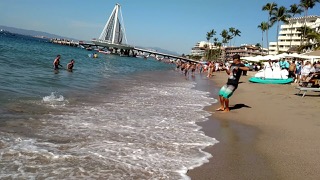 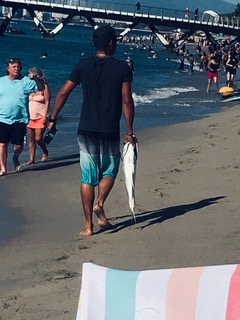 That fisherman was amazing. He was ready, had his “tools” and got his prize. We all clapped. He smiled, grabbed his fish and walked away. Be ready for your big fish to come your way. 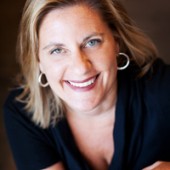 Owner, Fulton Market Consulting, Chicago, IL
Jennifer Perna started Fulton Market Consulting in May 2017 after developing an event experience and sales management experience portfolio for over 25 years in the downtown Chicago catering and special events industry. Jennifer presently works with owners, managers and all team players at hospitality-related companies on increasing sales and creating business development strategies, streamlining processes for operations and event production and developing best practices for human resources and administrative management. This is especially imperative as we continue to manage a diverse and young talented pool of employees today. Jennifer brings a dynamic, approachable and relatable communication style to all levels and members...