Today marks the final day of Hanukhah, so why not enjoy some delicious latkes.

Why latkes? The simple answer is that they're meant to remind Jews of the miracle of the oil associated with Hanukkah. ... During the Jewish holiday, eating crispy, fried, slightly oniony potato pancakes represents perseverance, and a little bit of magic.

Check out the recipe from the Idaho Potato Commission below. 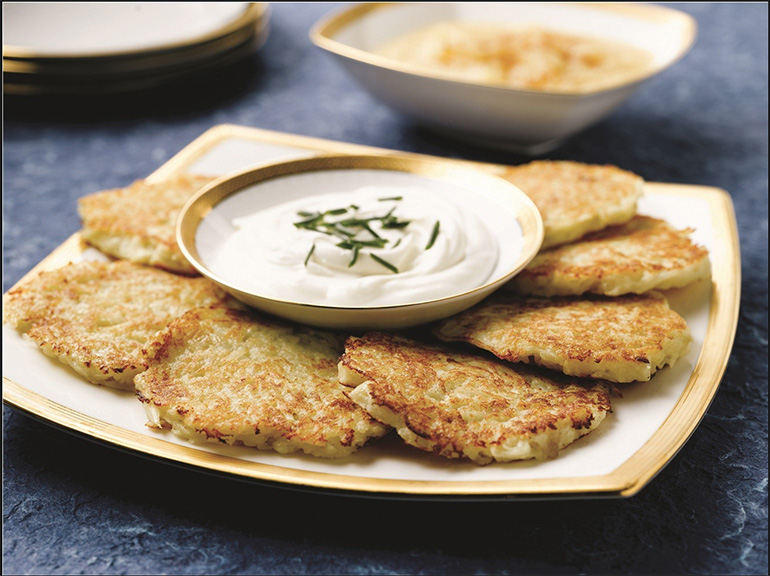 Time Saving Tip: A 4-ounce package of skillet hash browns may be substituted for the fresh potatoes. Follow package directions for rehydrating the potatoes, then drain them and proceed with the recipe.