The event industry has suffered immensely as a result of the COVID-19 crisis. Government orders have effectively shut down restaurants, hotels, and event venues and meeting places. The fact that restaurants in many jurisdictions can offer takeout service is cold comfort to those whose business model depends on events that bring folks together in one place. While there is talk of “opening up” the economy, and while some states are taking measures to begin doing so, it’s unclear whether the public-at-large is ready to dine out, hold weddings, or attend conferences anytime soon, even if these events become permissible.

The most immediate problem many are facing, of course, is how to survive. For some, help may be on the way in the form of insurance. The first thing to check, of course, is whether there is event cancellation insurance for any of your catering business’s events or activities. These policies vary quite a bit from one to the other, so it’s difficult to offer many useful generalizations, other than that they generally cover losses resulting from the cancellation, abandonment, partial closure and unavoidable postponement of an event. Coverage is provided against a variety of perils, including adverse weather, catastrophes such as earthquakes, and even communicable diseases, depending on your particular policy. If you didn’t buy this insurance for any of your past or upcoming events, one item on your checklist going forward is to explore its feasibility in the future. Insurers will no doubt be reluctant to insure against COVID-19 losses in the near term. But there are plenty of other contingencies that can result in an event cancellation. You may decide not to buy insurance in the future, but at least you can make an informed choice on the matter.

But they don’t compensate you if your business has been forced to temporarily slow down or stop operations while property is being repaired or replaced. And for many, the resulting income loss can be the worst part. That’s where business interruption insurance enters the picture.

Under many standard business income forms in the United States, business interruption coverage will pay the net income you would have earned absent the fire, plus costs that you necessarily had to continue paying, such as rent or payroll, after the loss. Coverage begins after an initial “waiting period,” typically 24- to 72-hours after the loss and continues until you’re reasonably able to repair or replace the lost or damaged property and resume business. You can also buy coverage for an additional period after you’ve resumed business if you think it will take some time for your business to reach pre-loss financial performance. Most policies also cover the extra costs you incur to keep your business going in the meantime.

Basic business interruption insurance covers losses arising from property damage or loss at your insured premises. But some extra coverage can protect you from income loss that results from loss or damage to other people’s property that isn’t on your premises.

The most obvious example, which you’re undoubtedly facing, is income loss you suffer due to the closure of the meeting and dining facilities you serve, but don’t own or insure. Conventional business interruption wouldn’t cover this because your income loss didn’t result from physical loss or damage to property at your insured premises. But if your policy contains so-called “contingent” insurance, it can cover you when your direct suppliers and customers suffer a loss that leads to lost business for you.

Many policies also provide “civil authority” coverage. This covers lost income due to a government directive that restricts access to your establishment, even if it was unharmed, due to loss or damage to nearby property (usually within one- or two-miles, but sometimes more). For many businesses, civil authority coverage may be the tightest “fit” because their losses may have resulted most obviously from government orders to residents to shelter-in-place and government directives to shut down non-essential businesses.

Some policies effectively stack contingent and civil authority coverage, covering losses you suffer when the government effectively prohibits access to the event spaces you serve.

If you have bought these additional coverages, does this mean your insurance company will break out a checkbook to pay your COVID-19 claim? Sadly, no. Many insurers are signaling their intent to deny coverage, based on some or all of the following arguments.

No physical damage. Many insurers claim—wrongly—that there is no coverage absent damage to the building structure or things inside it. In fact, anything that prevents a location from being used for its intended purpose may be covered. In the case of civil authority coverage, the question will typically be whether viral contamination caused the loss of use of property near your restaurant, which in turn led to a government order that prevented customers from patronizing it. With the virus apparently everywhere due to its ease of transmission, it may not prove difficult to trace government orders to nearby viral contamination.

Contaminant or pollutant exclusion. Some insurance companies have pointed to exclusions for pollutants or contaminants. But these rarely include viruses. Unless your policy clearly does so, this exclusion should not prevent you from obtaining coverage.

No cessation of business. Some insurers have denied that a government order resulted in a cessation of your business. But insurance policies commonly cover net income loss from business slowdowns as well as total shutdowns.

No prohibition or prevention of access to your property. Some insurers may argue that civil authority coverage isn’t triggered if government orders didn’t expressly prohibit the operation of your business. This argument will come in one or two assumptions.

The second is that prohibiting access requires preventing any access by all potential entrants. In other words, the prohibition must be total, not partial. Cases in some jurisdictions appear to support this conclusion. But most jurisdictions have yet to weigh in. Because policies don’t expressly require a total prohibition, and because it would have been easy to write a policy that did, courts in many jurisdictions, don’t expect courts in all 50 states to line up behind the insurance industry on this.

Virus, pathogen, and fungus exclusions. Other insurers will point to various exclusions for certain biological pathogens. Some may exclude “fungus,” including “micro-organisms. Others may exclude “pathogens.” Some will exclude loss due to “virus.” If your policy contains one of these exclusions, you’ll need to give your coverage a closer look. If the exclusion is clear and clearly applies to a “virus” (“fungus” exclusions, for example, probably won’t qualify), and if the coronavirus caused your loss, then you may have trouble. But if some other covered event contributed to the viral contamination, which in turn led to your business interruption loss, you may be okay.

Other issues may pop up. Keep in mind that business interruption claims are well-known for triggering disagreements about the amount of the loss because they require a determination of how much income would have been earned absent a loss. This very often leads to disagreements about how to reliably figure that out.

Given all this, you may wonder whether you should file a claim. Before deciding, you may want to check with an insurance lawyer. Unless your particular situation clearly rules out coverage, it will probably make sense to submit a claim, even if the insurance company will initially deny it. If you decide to file a claim, you should be prepared to complete and submit a “proof of loss” form showing the amount of the loss, something beyond the scope of this article.

Meanwhile, a number of businesses have sued their insurers over business interruption losses. Many are restaurants, most notably perhaps, The French Laundry. Most of the current batch of plaintiffs appears to be small businesses; larger companies with greater litigation staying power will no doubt follow suit. Some of these lawsuits may become class actions on behalf of other businesses whose insurance companies have denied coverage. It’s too early to say how these lawsuits will be resolved. If you submit insurance claims, you or your lawyer will want to keep an eye on them, as they may affect your rights. 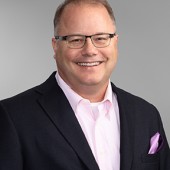 Don Scaramastra is principal at Foster Garvey in Seattle, Wash. Don has successfully represented clients in litigation concerning insurance coverage, antitrust and competition issues, environmental cleanup cost recovery and in other constitutional and complex litigation. He can be reached at [email protected].