Although fall hasn’t even officially begun, the most wonderful time of the year will be here before we know it. Whether celebrating Christmas, Hanukkah, Kwanzaa, New Year’s, or any other holiday, the season is always packed with company outings, family get-togethers, religious congregations, and reunions amongst friends.

No matter what type of function, there are three integral aspects that go into throwing a successful holiday party: the venue, the food, and the drinks. 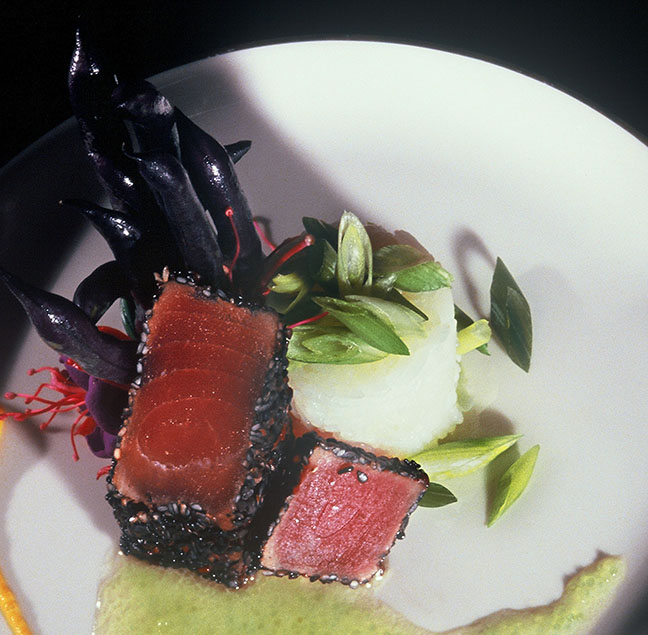 Home for the holidays

Corporate and social celebrations during the holiday season have traditionally remained autonomous. However, as the lines between personal and work life blur more than ever, corporate and social festivities have also merged. Over the last few years, corporate executives and small-business owners alike have hosted holiday celebrations that have brought together employees, clients, family members, and friends.

With the coalescence of corporate and social gatherings, CEOs and founders are bringing everyone together under one roof: their own. Holidays are getting cozier as more and more parties are being hosted in the homes of the company’s leaders. Although this fusion of business and social circles is not a typical holiday tradition, catered, at-home parties are becoming an increasingly popular opportunity to create a more casual atmosphere between the different groups of people. 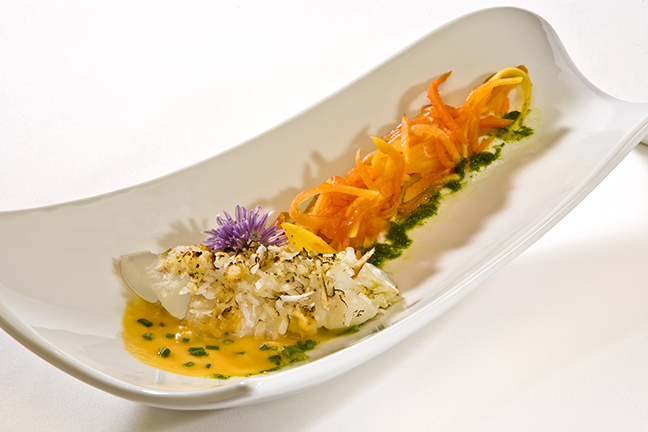 “Food is vital to being creative,” says Jerry Edwards CPCE, the President and Corporate Chef of Chef’s Expressions Catering and recipient of NACE’s 2014 Icon Award. “Since elaborate and inventive culinary presentations are now expected from caterers and restaurants, it has become all about the in-your-face flavor.” Shown: Coconut crusted Alaskan cod with a coconut and pineapple beurre blanc and carrot slaw on a “swoop plate.”

Before, restaurateurs would look at what caterers were doing and mirror them in their own establishments. Now, the opposite is occurring, in which caterers are taking notice of the artistic and innovative dishes that top restaurants are preparing. Because restaurateurs and caterers have saturated the ways in which food is presented, the flavor of the dish itself has become the primary channel through which ingenuity flows. 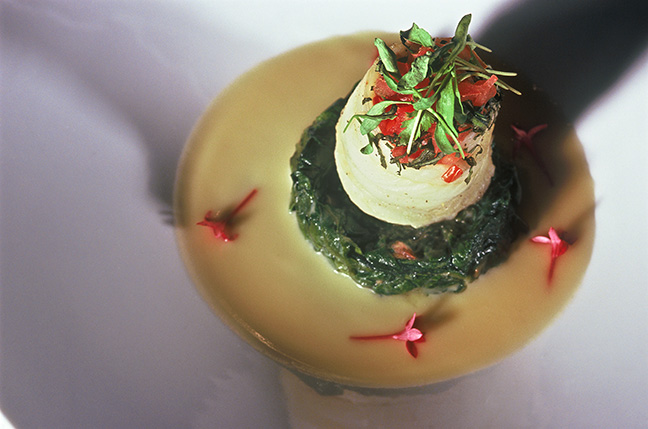 “Interesting and remarkable flavor is vital these days. That first bite needs to make you want a second,” said Jerry Edwards CPCE, President and Corporate Chef of Chef’s Expressions Catering and past NACE President and recipient of NACE’s 2014 Icon Award. “Since elaborate and inventive culinary presentations are now expected from caterers and restaurants, it has become all about in-your-face flavor.”

To get that in-your-face flavor for upcoming holiday parties, Chef’s Expressions Catering has created a great deal of culinary fusions. By combining the popularity of ethnic dishes and ingredients, such as Moroccan and Indian, with cuisine techniques inspired by Asian or European chefs, caterers can create new flavor combinations to impress clients and continue the raise the bar. 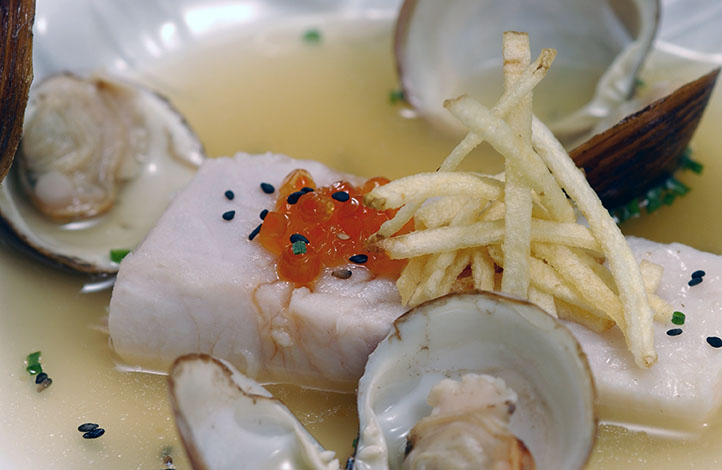 Chef Edwards is catering a holiday party with the theme, A Summer in Spain. The menu will be comprised of Spanish-influences dishes with a new-American twist. Shown: Shellfish poached to be placed on saffron rice as a new age lighter style paella

For example, one upcoming holiday party that Edwards is catering is themed “A Summer in Spain.” The menu will be comprised of Spanish-influenced dishes with a new-American twist, such as crab cakes and crab balls served with a saffron shooter.

Another trend occurring with holiday parties is the integration of seasonal ingredients into popular dishes. The key to making people happy, according to Edwards, is to create nostalgia by using traditional smells and tastes while bringing them into contemporary trends. For example, Edwards creates a pumpkin risotto with spiced nuts on top to modernize the classic pumpkin flavor.

With the movement toward at-home celebrations, it is rare to have a sit-down dinner or buffet for such a diverse group of people. Instead, food stations are returning as the most popular style of entertaining, allowing people to walk around and socialize as they indulge on the various food options. 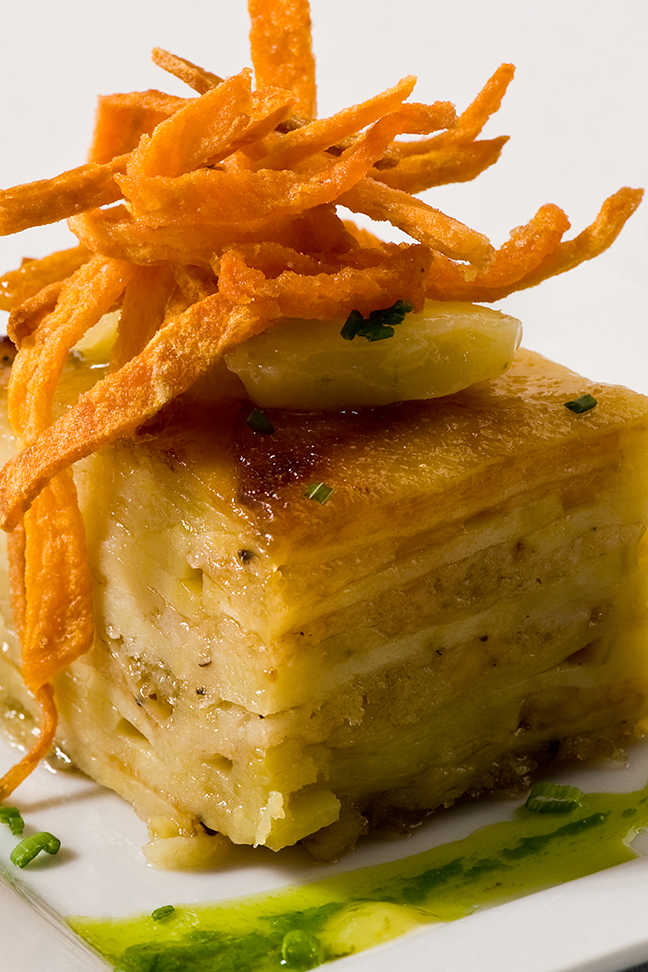 Stations also allow for customization, which is a main priority for hungry patrons in today’s society. Vegetarian or vegan stations with quinoa and various proteins can complement other stations offering traditional meats. Shown: Potato, shallot and tofu pave

Stations also allow for customization, which is a main priority for hungry patrons in today’s society. Vegetarian or vegan stations with quinoa and various proteins can complement other stations offering traditional meats.

While vodka remains a frontrunner for drink options, gin and bourbon have recently become popular spirits during the holiday season. For those who don’t drink bourbon regularly, partygoers can indulge in cocktails like Edwards’ recipe that calls for bourbon, spiced cider, honey, and prosecco.

Due to the popularity of the food stations, something that might be showing up more often at holiday festivities is the dessert cocktail bar. This variation on the classic candy bar often seen at weddings can add variety to a typical open bar serving traditional spirits. In addition to spiked coffees and ciders, specialty drinks with flavors like tiramisu or peppermint can be offered as a treat for adults with a sweet tooth. Mixologists can adorn these cocktails with ingredients such as chocolate syrup and cherries for added decadence.

Overall, holiday celebrations can take various forms and include different traditions and cultures. However, in any celebration, the staples of the venue, food and drinks have always remained the same. 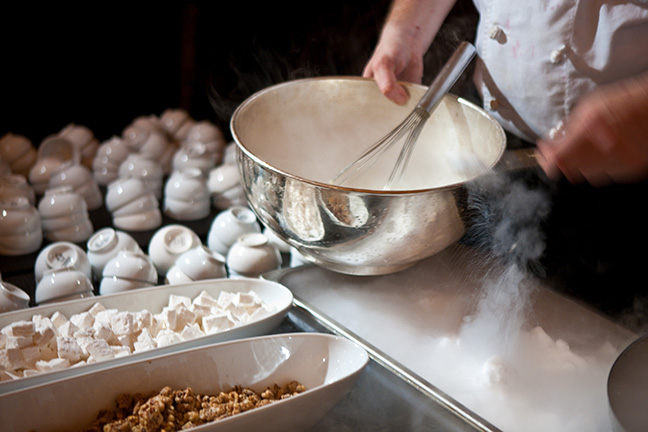