Tales of sustainability and the seas

As you get ready for holiday meals and recipe planning, seafood can play a central role. At the recent NACE Experience conference in Florida, celebrity chef Rick Moonen told the attendees how to farm the seas in ways that sustain the health of the ocean, as well as create amazing dishes. 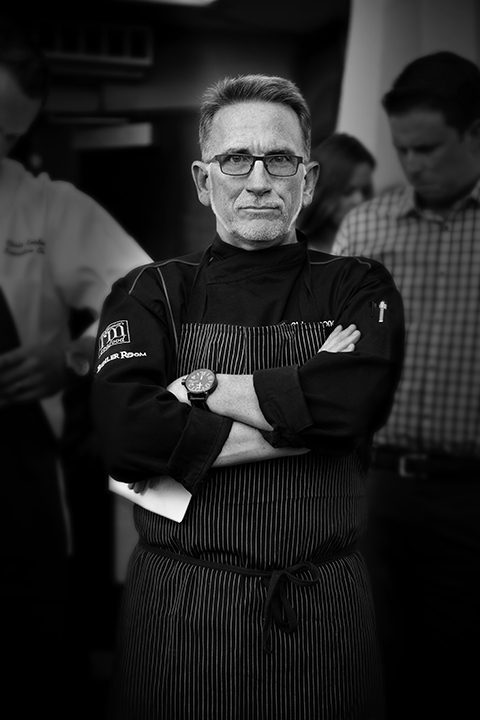 Moonen is the founder and owner of rm Seafood and RX Boiler Room at the Mandalay Bay in Las Vegas. And he is also one of the leading advocates for aquaculture farming.

According to the Las Vegas Sun, while most chefs on the Las Vegas Strip use less than 20%, if any, aquaculture sea animals on their menu, more than half of Moonen’s 30 seafood appetizers and entrees feature farm-raised fish and crustaceans. Despite worldwide increases in commercial aquaculture fish farming, Moonen said most U.S. restaurants have yet to follow the trend because chefs are reluctant to serve food they don’t see as “natural.”

While the subject is often debated, Moonen is a strong advocate of aquaculture. “Without aquaculture, the wild world cannot satisfy the amount of salmon and other sea animals that the rest of the world wants,” he said in the newspaper interview. “We have a very narrow scope of what the ocean has to offer as an acceptable dinner product.” 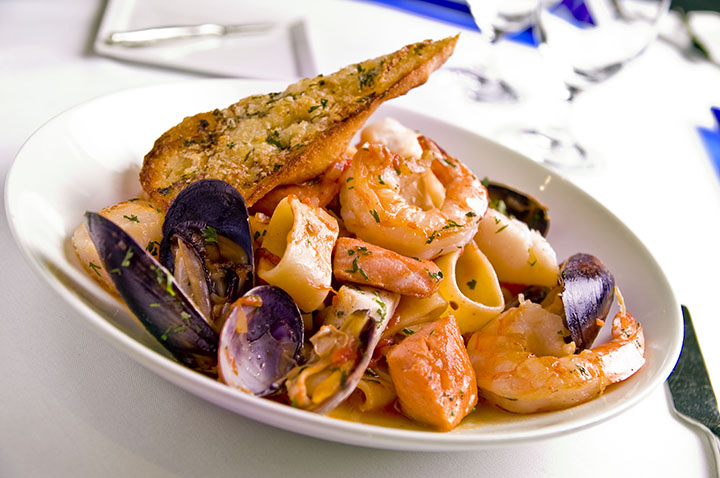 Tied in a square of cheesecloth for a herbs bouquet:

1. Heat a large heavy pot over medium-high heat. When the pot’s hot, pour in the oil and add the onions, celery, and herb bouquet. Sauté, stirring often, until the onions start to soften, about 5 minutes.
2. Add the garlic and leeks and sauté until the garlic is fragrant, about 30 seconds. Add the mushrooms, season with salt and white pepper, and sauté until the mushrooms have softened and are starting to release their juices, 3 to 4 minutes.
3. Pour in the wine and bring to a boil. Boil for 2 minutes, to cook off most of the alcohol.
4. Add the tomatoes and fumet and bring to a boil. Reduce the heat and simmer for 15 minutes. Turn off the heat and let the base rest for 30 minutes to 1 hour before proceeding. The cioppino will be even better if you make the base a day ahead and refrigerate it. Either way, take the bouquet out after it’s cooled.

This is it, folks: classic fish stock. Make extra and freeze it in 1-cup amounts so you’ll be sure to have it on hand. Some of the prepared stuff is fine, but it will never compare in flavor to the fumet you’ve made yourself.

Make life easy on yourself and ask your fish monger to split the fish heads.
Fumet doesn’t spend a lot of time on the heat, because longer cooking would bring out the impurities and cloud the stock. Cut the aromatics very thin, to get the most out of them. The fennel adds a fresh edge; add it if you have it.
Olive oil will add richness, but it’s not essential.

1. Layer the onion, shallots, celery, and fennel in a wide stockpot—you want lots of surface area. Drizzle with olive oil if you’re using it.
2. Take out your heaviest knife and chop into the spine of the fish frames, on both sides, in about 2-inch intervals. You’re just cracking that bone open, not trying to cut the frames into pieces. Wash the heads and frames under cold water to get rid of as much blood as possible. Season the frames and heads with salt and set them on top of the vegetables.
3. Cover the pot and set it over medium-low heat. Sweat the aromatics and bones for about 15 minutes, until the bones are just opaque.
4. Add the wine and water—the liquid should barely cover the bones—and bring to a simmer. This will take about 12 minutes. When you have a slow simmer with lazy bubbles, set the timer and simmer for 15 minutes.
5. Cover the pot and take it off the heat. Let it sit for at least 1 hour.
6. Strain, pushing down on the solids to get all the liquid out of them. The fumet will keep for three days in the refrigerator and three months in the freezer.

National Association for Catering and Events

The National Association for Catering and Events (NACE) is the premier destination for catering and event professionals of all backgrounds, specialties, and experience levels. Our members are a passionate and vibrant community of innovators, organizers, and creators who look to us for resources and networks that help them thrive. We provide education, certification and a network of resources for members in all segments of the catering and events industry.