The conference began a bit later in the morning to give all of the attendee cowpokes a little bit of sleep-in time after the party the night before. The day began with a Food Trend Round Robin that kept groups on the go, rotating every 30 minutes through four varied presentations.

At midday, a buffet lunch was served and then all attendees combined for the final three large group sessions and a day ending cocktail party with near panoramic views of the mountain range from the sixth floor of Rice Eccles Stadium. Yes, finally, everyone had time to enjoy the scenery as they networked, sipped, and nibbled on a variety of pub-style snacks and libations and said their goodbyes. 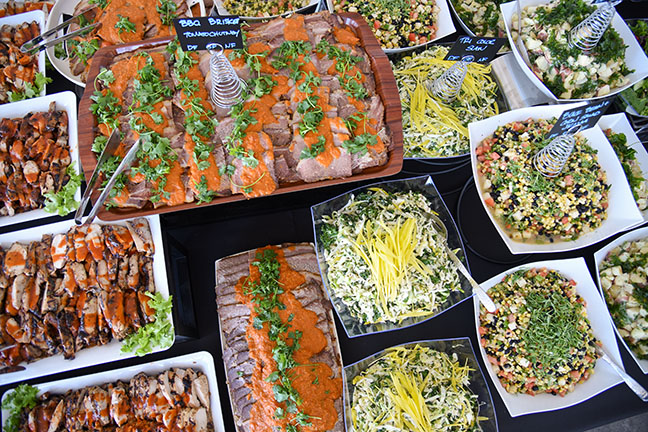 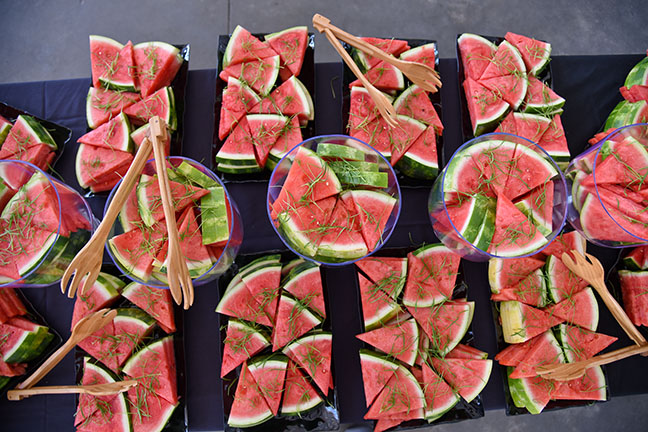 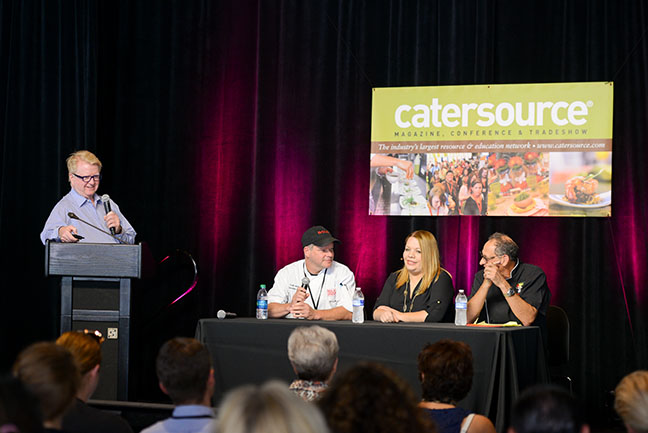 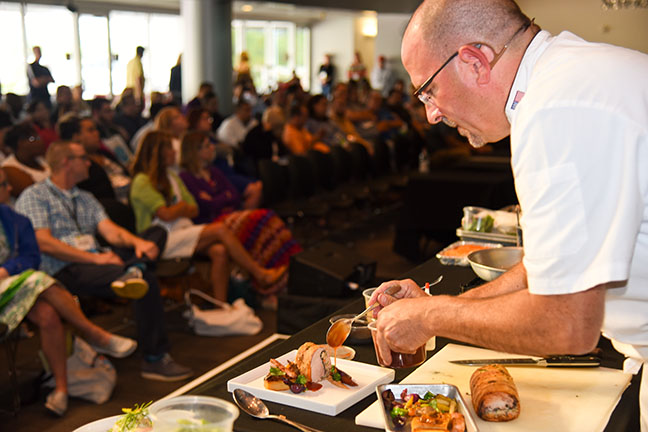 Closing speaker Chef Peter Sproul talked about how to take a plate presentation from ordinary to award-winning with WOW Presentations for Plating and Profit, exhibiting before and after platings. 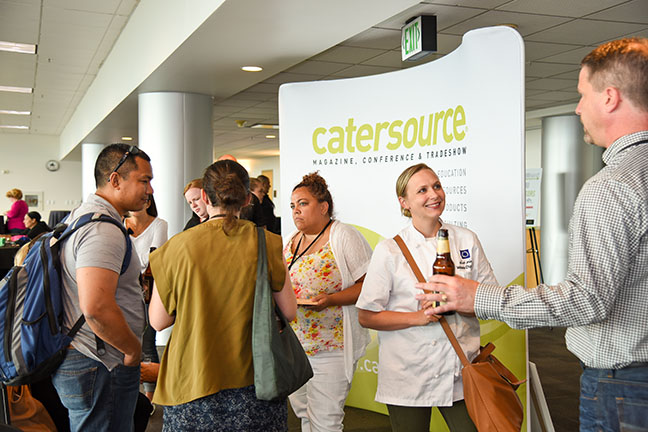 The after conference cocktail party brought everyone together for one last networking connection. 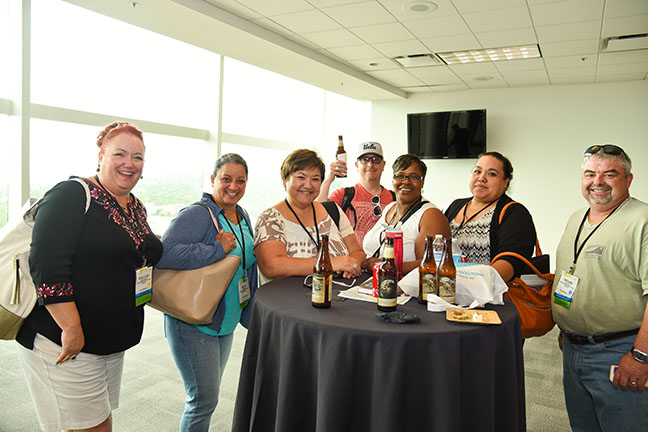 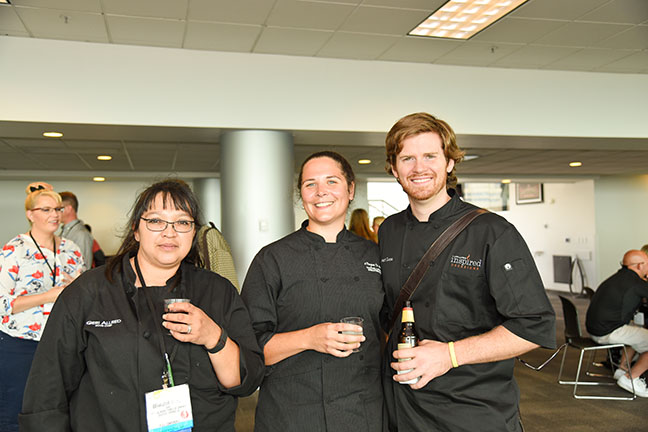 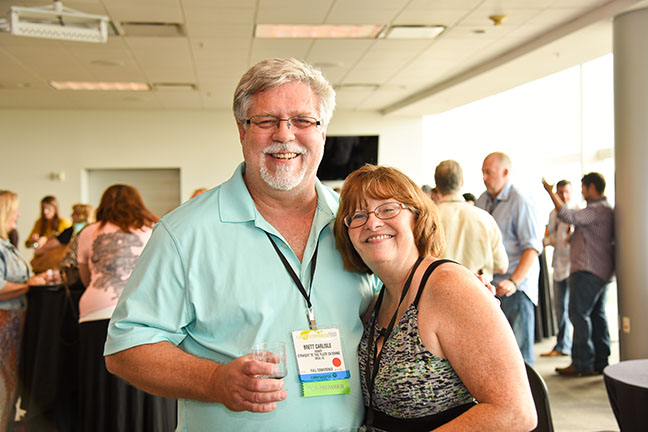 Brett and Sue Carlisle, Straight to the Plate Catering