On Monday afternoon, participants could select from three options: Taste of Utah, to learn about local honey, cheese, and charcuterie; a cultural walking tour of Salt Lake City that included both cultural and culinary offerings; or to hit the road for a culinary tour including the new Culinary Crafts facility, as well as to the Timpanogos Harley Davidson retail facility to tour Utah Food Service mobile kitchens, plus the Marley’s Gourmet Sliders food trucks. 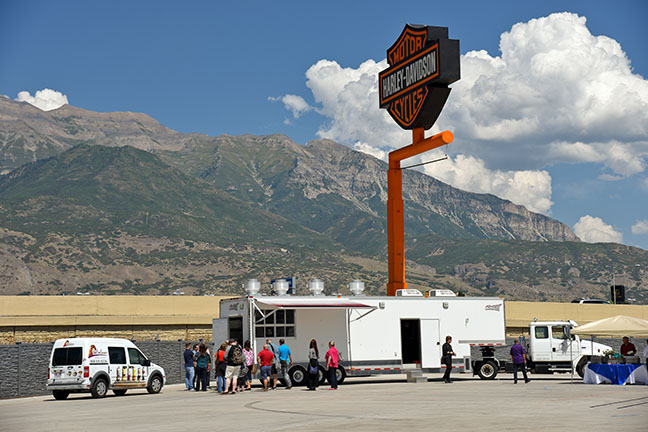 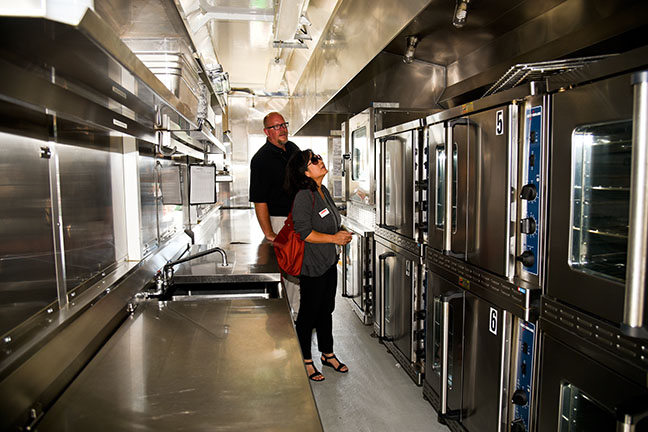 Cambro’s Cathy Vu toured the inside of one of the larger trucks, which can accommodate serving up to 2,000 when working at full capacity. 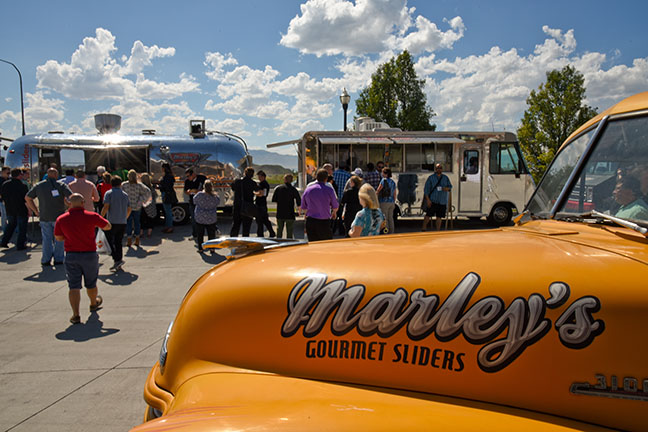 Attendees sampled from the Marley’s Gourmet Sliders food trucks, the brainchild of Chef Marco Niccoli, who also talked to the group in detail about his new venture. 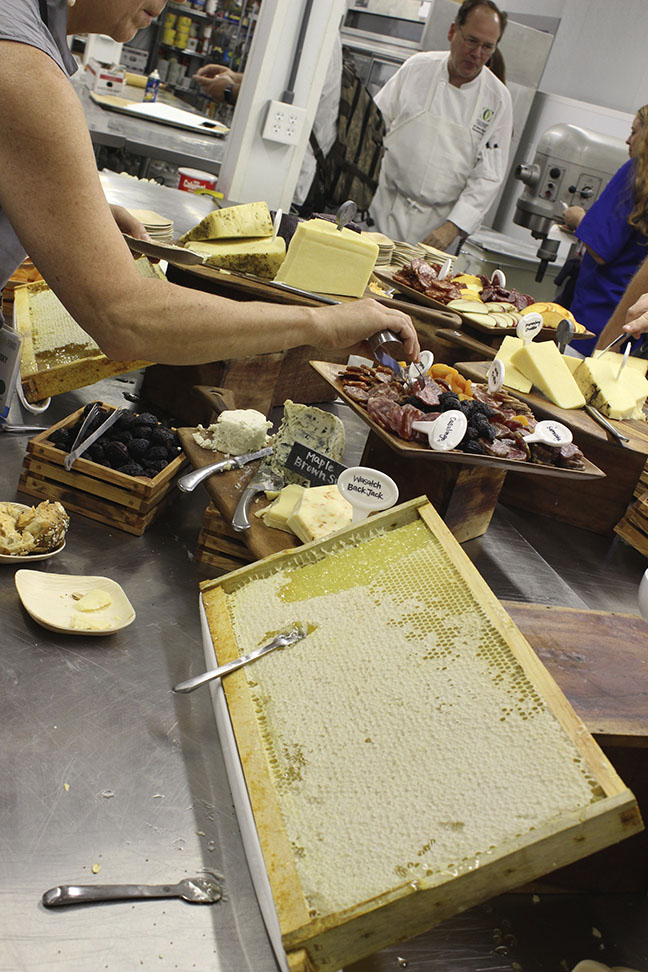 Executive chef David Robinson (back, right) discussed the many fresh and local ingredients used at Culinary Crafts, before offering guests of the facility tastes of the bounty. 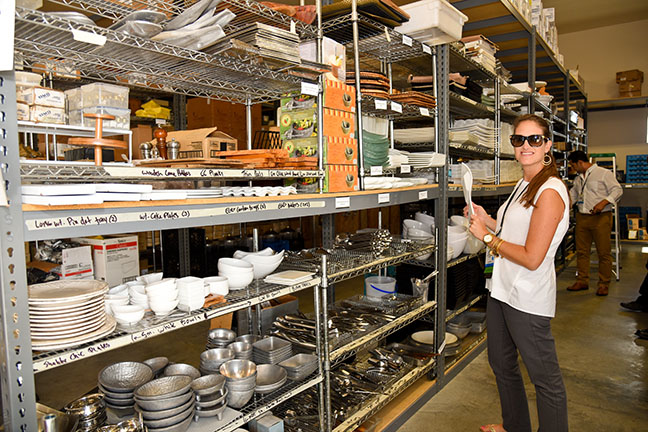 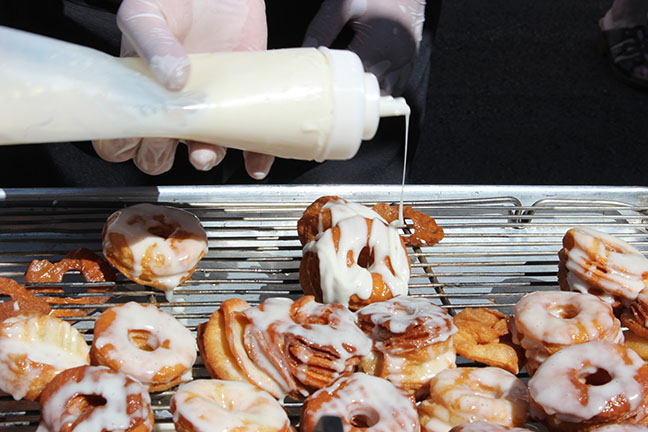 Even in the blistering Utah heat, hardly anyone could resist the siren song of fresh cronuts being prepared on the spot in the back lot of Culinary Crafts.