Monday morning marked the beginning of the official AOCF2015 conference, with remarks from Catersource Ambassador Bill Pannhoff, Education Director Linda West, and Catersource Brand Director Ron Bigley, among others. Then, the seminars began on floors four and six, focusing on a variety of topics. Here’s a look: 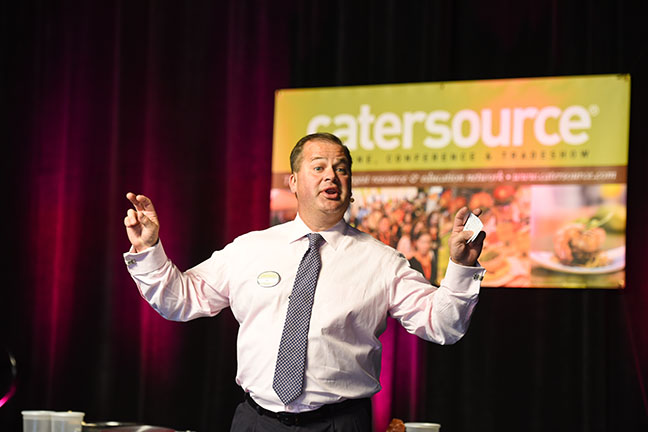 The ever-delightful Bill Pannhoff greeted the attendees on the fourth floor and commended everyone on their choice to continue their educations at AOCF. 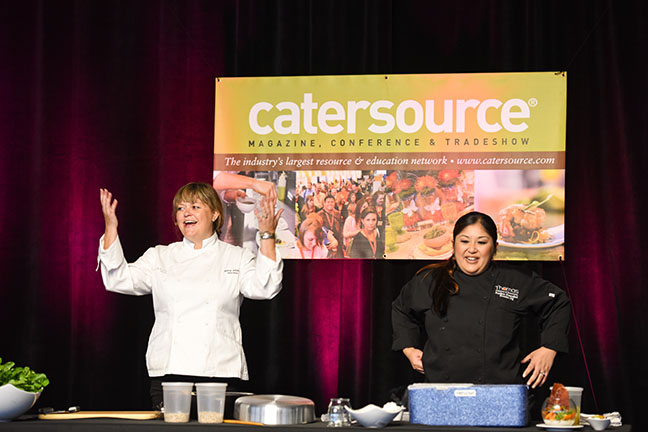 Innovation Chef Jenna Johansen and Executive Chef Rachanee Keovorabouth opened the conference with Out of the Box Salad Ideas on the culinary stage, while upstairs on the learning stage Sandy Hammer, CMO, discussed Developing Your Social Media Brand. Her advice: “Your industry cries out for photos. Take a photo of the raw space, then two hours later show it set, then take a final photo during the party, Show a story to your clientele.” 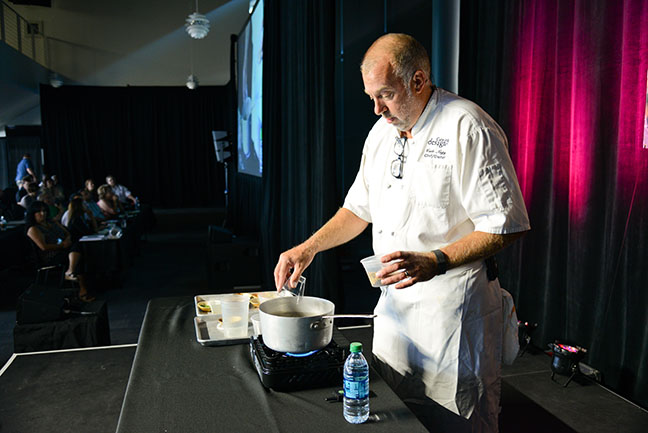 “If your menu item has a lot of fat in it, pickled mustard seeds are a perfect complement, add a nice crunch, and are a great looking garnish,” said Chef Cade Nagy, while discussing new menu ideas using mustard. 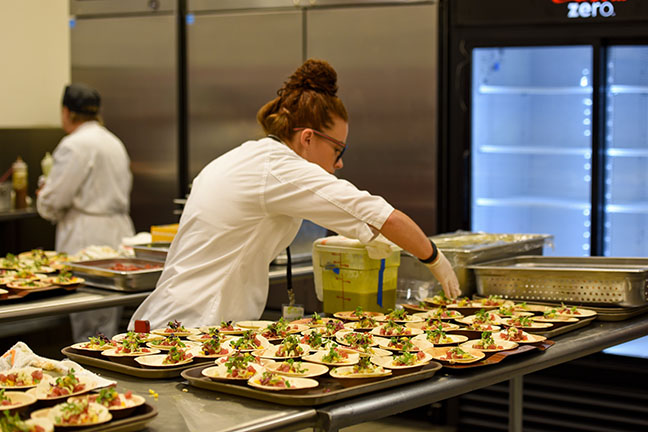 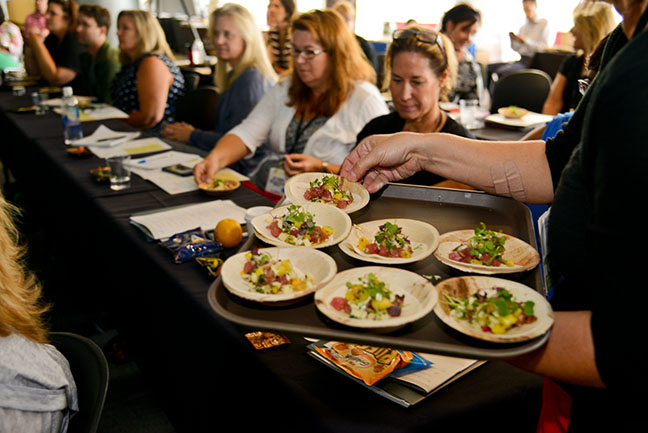 Finally, while Rooney was creating the taco dish onstage, attendees were served a sample. 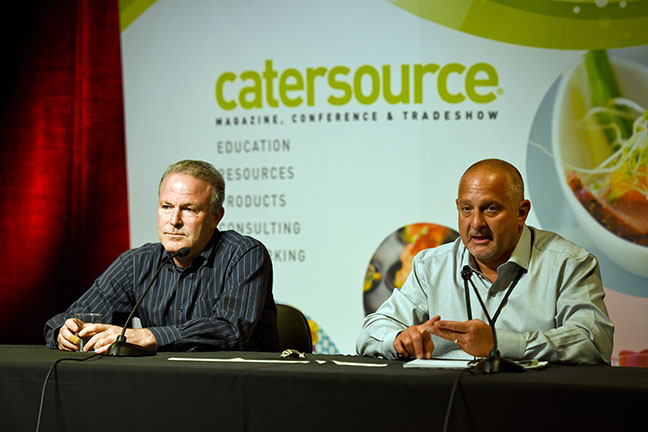 “Panera Bread has over 1,900 locations. Whenever you see a truck—they’re delivering. That could be you—that should be you,” said Michael Rosman, right, during the Fresh Ideas for Drop-off Catering seminar. Also shown: Jim Israel