Meet “the Buddha of the business”

David Beahm will be appearing at CSES2016

THERE ARE MANY WORDS YOU might use to describe our industry, and, depending on what’s happening with the salmon vendor for tonight’s wedding, some of them might be quite um, colorful. It’s a pretty good bet that “calm” is not the first description that springs to mind when you think about what you do for a living. 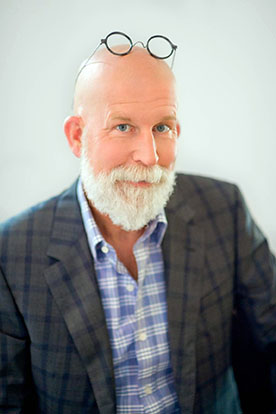 But calm does exist, and joy, too, and here is where you can find it. At many top events around the globe, just look for a man who might be described as the eye in the storm of an ongoing hospitality hurricane. Bald, white-bearded, and usually wearing a snappy bowtie, David Beahm, founder of David Beahm Experiences, has been called “the Buddha of the business” by employees, vendors, and customers, all of whom feel their blood pressure drop whenever he’s around. 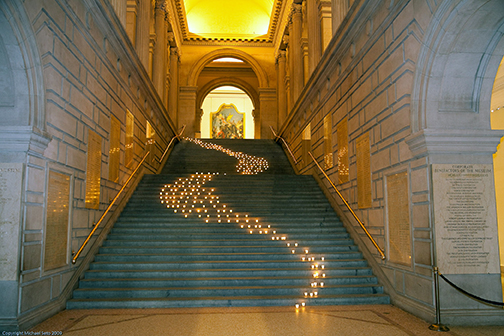 A custom event stylist and frequent industry event speaker, Beahm has a reputation for never losing his cool. “I approach everything calmly and with a smile,” he says. “I look at what we do as a privilege. What other job asks you to bring joy into people’s lives?”

With a book of business equally divided between corporate events and weddings, he is perhaps best known for designing the wedding of Catherine Zeta-Jones and Michael Douglas. “I got a call outof the blue and the person on the other end said, ‘I can’t tell you who this is, but you need to start designing your fantasy wedding for the Plaza Hotel in New York,’” he recalls. He has planned corporate events for Champagne Perrier-Jouet, Van Cleef & Arpels Jewelry, Victoria’s Secret Beauty, Christian Dior, and Louis Vuitton, too.

He’ll be speaking twice at the upcoming Catersource show. During “The Six Cs of Event Design,” to be held Sunday, March 13 at 3:15 p.m., Beahm will reveal secrets of his design process. Here’s a sneak preview: “The first ‘C’ is conversation,” he says. “One of the mantras at our office is that we’ve got two ears and one mouth for a reason, so we try to listen twice as much as we talk. We ask a lot of questions and get a thorough understanding of what clients want to achieve at an event.”

On Monday, David will be the key speaker for the Leadership Lunch: Making a Living and Retaining Your Sanity in Special Events. An optional event at $79, you'll get a fabulous lunch and even better, inspiration and enlightenment from one of the most talented and likeable fellows in the industry.

David will also be bringing his “Design Experiences” live to the audiences at the Catersource Tradeshow on Tuesday, March 15. Headlining the stage in the early afternoon, he will offer a backstage look at some of his most famous events, and will also share his own thoughts on how to be a leader who keeps a company moving forward.

While his outlook on life is famously positive in a high-strung industry, Beahm insists he’s a “real world” guy. “I have this reputation for being calm and smiling, so sometimes people are shocked when they attend my speaking engagements, because I’m very honest and upfront about the challenges we all face in this industry. He acknowledges his own life-work balance challenges: “I love what I do, but I also love to have a life.”

And lest you think he was born with an unusually mellow DNA, Beahm says it was not always thus. “I started out as a band director at a high school in Virginia, and I was a screamer,” he confesses. “It was exhausting. I finally realized if I put all that energy into work instead of screaming, more would get done, with a lot less drama.”

He’s adamant about the value of pulling together as team. “Many people in our industry have an ‘us vs. them’ mentality, but everyone—floral, catering, lighting, design—needs to work together and have their voices heard,” he says. “If that happens, the results are beautiful and fabulous.

David Beahm will present the 6 Cs of Event Design on Sunday, March 13 from 3:15 to 4:15 at the Mirage Hotel. Click here for more information. He will also appear on the Tradeshow floor Headliner stage on Tuesday, March 15.