The (holiday) spirits are calling: Page 6 of 8

Let me call you sweetheart

Along with salt is the rise of its polar opposite: sweeteners. But I’m not talking the traditional superfine sugar. I’m also not talking plain old honey. It’s more “boutique” honey such as buckwheat, clover, wildflower. It’s also maple syrup, agave, molasses, and bee pollen. Honeycomb. Like hummingbirds, even the nectar of certain flowers attracts us. And don’t forget housemade simple syrups infused with the fruit or herb of the moment. I made rhubarb simple syrup during peak season, for example, and it was divine with whiskey and a dash of Fee Brothers rhubarb bitters.

When I was a kid, the tiki craze was a thing. I’m going to blame it on that 1972 Brady Bunch episode filmed in Hawaii, involving a bad luck tiki god and not just reverberations from the Trader Vic era. With the fashion of the ’70s on-trend, tiki bars, such as Three Dots and a Dash in Chicago, Psycho Suzi’s Motor Lounge in Minneapolis, Smuggler’s Cove in San Francisco, or The Sip ‘N Dip in Great Falls, MT are super hot, making the Piña Colada and the revival of fresh juices and purées important. So grab a Coco Jack and hammer away on that coconut drinking vessel, order up some colorful tiki glassware, and get your grass skirt ready for your pop up tiki bar action station. This trend is sticking around. 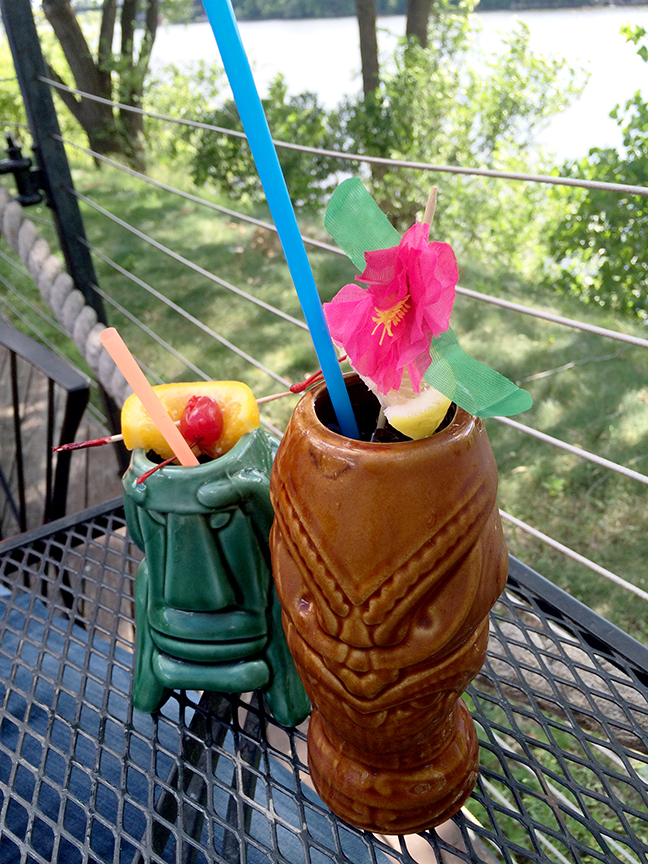 Rum-based drinks such as the Paralyzed Polynesian, circa 1966, and the Miserable Bastard, circa 1960, are part of the popular tiki drink menu at Psycho Suzi’s Motor Lounge in Minneapolis, overlooking the Mississippi River. Photo by Kathleen Stoehr 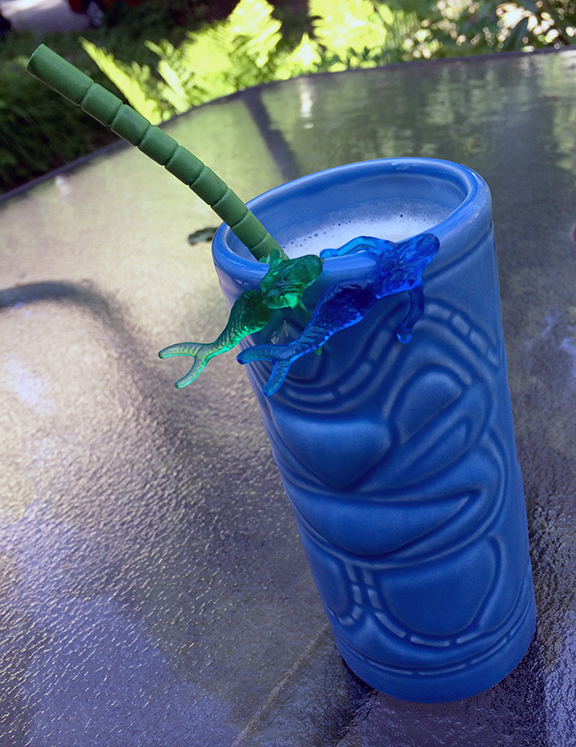