Unless you’ve been asleep under a rock for the last five years, you’re likely aware of the craft brewing explosion. According to the Brewer’s Association, breweries are opening up at a rate of 1.2 per day in the United States and craft brewing production increased 9.6 percent in 2013, while overall beer production was down 1.4 percent. In short, craft beer is hotter than ever.

But not, it turns out, as hot as cider. According to the marketing firm IRI, US sales of cider increased a whopping 101 percent from 2012 to 2013. By all measures, ciders (or hard ciders, as they are often called) are the fastest-growing category of alcoholic beverage. There is, of course, a catch. At this point, cider constitutes about one percent of the total market. But thanks to its rapid growth, major players in the brewing world are all betting on cider. MillerCoors owns the Crispin Cider brand, Anheuser-Busch InBev released its Johnny Appleseed Cider in 2014, and Boston Beer Company controls a large portion of the market with its Angry Orchard brand.

Naturally, the big guys aren’t the only ones getting into the cider game. Dozens of smaller cider makers have popped up in recent years, especially in states with robust apple production. To that end, Catersource spoke to two smaller cider makers regarding their thoughts on the changing cider market and what’s driving the increased popularity: Wade Thompson of Minneapolis-based Sociable Cider Werks and Brad Page of Denver’s Colorado Cider Company. 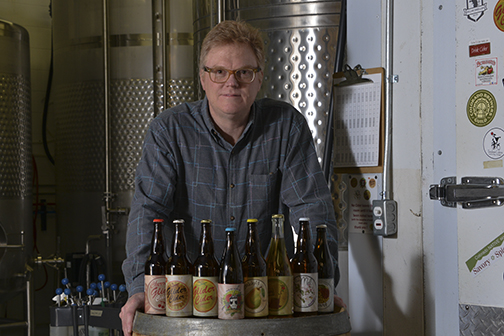 After working for years in the brewpub world, Brad Page and his wife Kathe considered opening a cidery in the early 1990s but determined that the market wasn’t yet ready. But the idea kept nagging at the couple, and finally in 2010 they formed the Colorado Cider Company. Their first product hit the shelves in April 2011 and in 2013 the company planted its own apple orchard. The company took a number of awards in 2014 from the GLINTCAP (Great Lakes International Cider & Perry Competition) competition. “Hard cider,” says Brad Page, “has been the missing choice in the cacophony of craft drinks in local pubs and liquor stores.” 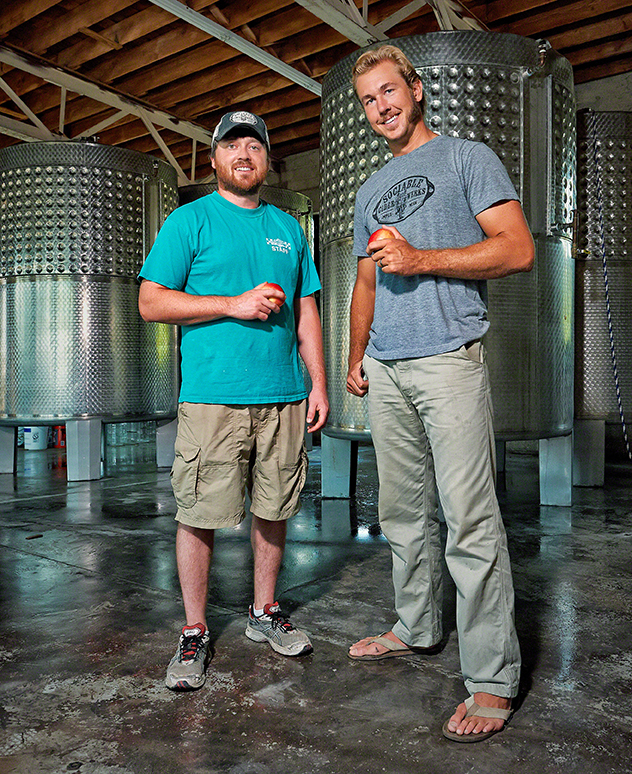 Wade Thompson and Jim Watkins co-founded Sociable Cider Werks in 2013 in a section of northeast Minneapolis, already robust with recently-opened craft breweries. Both Thompson and Watkins had studied abroad in countries where cider was much more popular. Upon returning home, they were introduced to homebrewing cider by Thompson’s father-in-law. Inspired, they began homebrewing cider in their garage, liked what they tasted, and observed that no other local brewery was producing the product. They developed a business plan and Sociable Cider Werks opened just 18 months later. The company uses Midwestern apples, hops and grains including sorghum and roasted malt to offer a dry, crisp cider.

Thompson and Page offered similar explanations for the growing popularity of cider. Both credited the increasing maturation of the adult beverage consumer. “I think it’s the rise of interest in quality fermentables and craft products,” says Thompson. “The craft consumer—they definitely have go-to products—but there’s a certain level of curiosity [about new offerings] as well.”

Page’s explanation was quite similar. “I think there’s just a much more curious demographic out there these days,” he says. “The craft brewing industry has matured so much and there are people making so many flavorful beers. Craft distilleries are making great stuff, and people feel a connection to spirits again that had only been the territory of huge companies previously. I think there’s a general food creativity movement as well. Cider is something that fits in with the overall consumer interest in flavor and locally-sourced products.

“Cider has such a long history in the US, and people have been aware of it but have not necessarily had access until now. I do think there’s a slice of the market that’s starting to have some beer fatigue, too. Personally, I cannot drink beer anymore (having had my fair share), and cider is a nice lower-alcohol beverage that can be consumed with all my beer buddies.”

Thompson also offered the historical roots of cider as an appealing element to the modern consumer. He explained that cider has historically been a very popular drink in the US, at least until Prohibition. “Cider, pre-Prohibition, was one of the most common drinks in the United States,” says Thompson. “Everyone knows the famous Johnny Appleseed story, but he was actually going across the country planting cider apples to drink, not necessarily to eat. But that history is almost unknown, because the explosion in the beer market after Prohibition replaced the cider market.”

While many ciders are marketed as an alternative to beer, others are positioned more as an alternative to wine. Of course, that doesn’t mean wine drinkers are always willing to accept it as such. “I think the wine drinkers have a larger segment that’s unwilling to experiment—more than the beer folks—but we continue to tout our product as ‘wine’ because it is wine!” says Page. “We occupy an enviable market segment in that cider is truly a new category despite the big beer brewers trying to tell people it’s ‘essentially beer.’”

The Sociable Cider Werks facility, conversely, is situated in a neighborhood dotted with popular craft breweries and is often a stop in organized taproom tours of the area. “People make a day of it,” says Thompson. “They take a Saturday and visit four or five taprooms.” He believes the Sociable Cider Werks audience have common characteristics to those who frequent the surrounding breweries. “It’s a little different,” he says. “There’s definitely overlap, and that’s what we’re going for. We really want to get that craft beer consumer exposed to cider. But we want to do it without alienating the traditional cider consumer.”

Of course, the true mark of a quality alcoholic beverage is how it fits into a larger meal. Colorado Cider Company’s Brad Page was happy to offer some pairing ideas for food and cider. “We love our cider with foods that could use a little acidity,” he says. For example, “Pork dishes and sushi! We’ve done cider dinners where the chef has taken our eight ciders and paired them with various complementary courses. We cook quite a bit with our cider too.”