Ben Hernandez is Volunteer of the Year

PHILADELPHIA, July 10, 2015 /PRNewswire/ -- Ben Hernandez, Aramark District Executive Chef with Baylor University, in Waco, Texas has been honored as the company's 2015 Volunteer of the Year in recognition of his commitment to volunteer service and leadership in his community.  The award includes a grant from Aramark to Mission Waco, where Hernandez created and leads a successful culinary career training program. 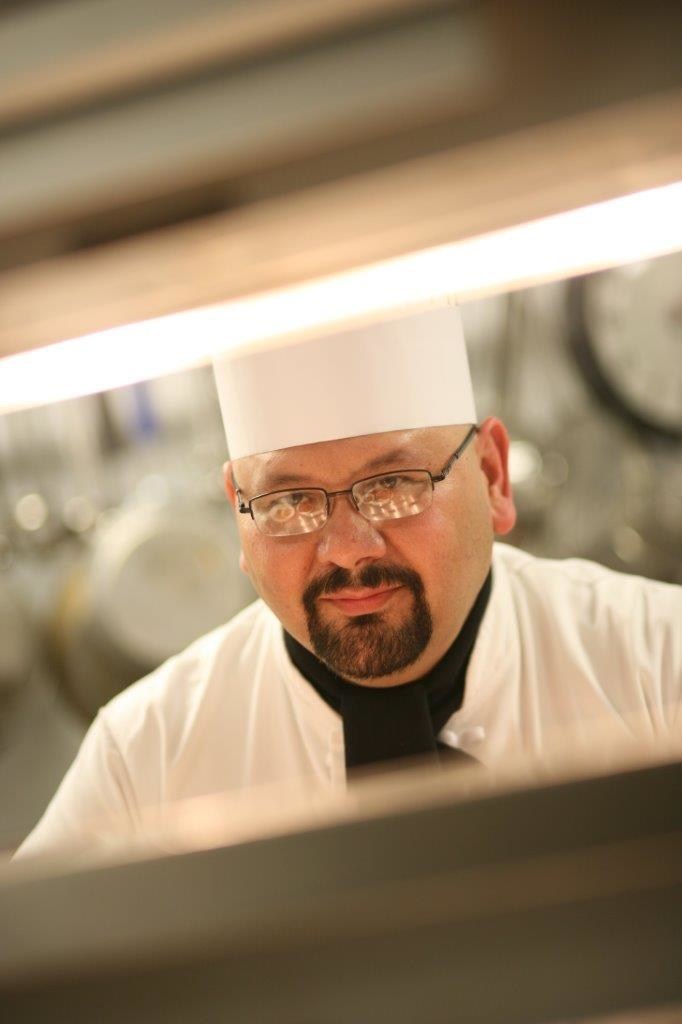 Aramark, a global provider of award-winning services in food, facilities management, and uniforms, acknowledges employees' extraordinary efforts to live the company's mission to enrich and nourish lives through the Aramark Volunteer Awards, which are presented annually.

"Every day, Aramark employees like Ben live our mission to enrich and nourish lives," said Eric Foss, Aramark chairman, president and CEO. "I am extremely proud of Ben, and all of our volunteers, who demonstrate such passion for serving the community each and every day. Their dedication to helping others is unrivaled."

Concerned about the issue of unemployment in his community, Hernandez decided to lend his culinary skills to develop a course teaching cooking and kitchen basics to youth and adults as a means to employment. With the support of Aramark, he connected with Mission Waco, a local community center that focuses on empowering people to succeed and encouraging community members to help those who are struggling.

Two to three times a year, he teaches the four-week course for about 10 students, covering techniques for preparing everything from sauces to desserts. At the end of the course, he invites local employers – including Aramark – to interview the students for potential jobs. In his last class of eight students, seven were hired within a week of completing the class, and several were hired into Aramark positions at Baylor.

"We have already hired two from the classes at Baylor and are looking at a third," Hernandez said. The students were hired into both catering jobs and cooking positions.

The course is now a significant part of Mission Waco's Mpowerment job training program that also teaches unemployed and underemployed computer skills, job search skills, and life skills such as goal-setting and budgeting.

Hernandez, who is also a regular and active volunteer in several other nonprofit organizations, like the Salvation Army, the March of Dimes and Campus Kitchen, is one of 26 employees around the world being honored by Aramark in 2015. Since the program's inception, more than 375 company volunteers have been recognized for their commitment to volunteerism and service.

Born in San Antonio, Texas, Hernandez was raised by his mother, who worked several jobs to support him and his sisters. Living in a single-parent household where both money and food were sometimes scarce, he was deeply moved by a volunteer effort with members of his high school football team who helped repair a fence for an elderly man in need.

"I remember how humbled he was by what we were doing, and I started to see the pieces of the picture – how volunteering together changed the team's relationship, how our coach beamed with pride, how grateful the man was," he recalled.

Hernandez, an all-city, all-district football star, started college on a full scholarship, but returned home after a year, and went to work as a hotel cook.

"I looked at the chef there, and he was practically a celebrity," Hernandez said, so he set his sights on a becoming a chef. Within a year and a half, he had advanced to executive chef. He joined Aramark more than 21 years ago, and has worked in colleges as well as healthcare institutions.

Hernandez said it was "overwhelming, surprising and wonderful" to be honored as Volunteer of the Year. "Working for Aramark and receiving this award makes me feel fantastic, but I don't volunteer for the recognition. I do it for others."

"Chef Ben is a humble man and sees the culinary arts as a way for people to make a life for themselves and improve their situation in life," said Brett Perlowski, Aramark Vice President of Operations, who nominated Hernandez for the award. "He also has an infectious personality that carries into everything he does, including recruiting others to participate in the program at Mission Waco."

Hernandez and his wife of 28 years, Claudia, live in Temple, Texas, and have two children and one grandchild.