Café Maude, a restaurant once nestled in the quiet Armitage neighborhood of southwest Minneapolis, MN is no more, but the cocktail named for its famous mid-20th century denizen, Maude Armitage, continues to delight.

At the 2019 Catersource Swizzle competition, held this year in New Orleans on the tradeshow floor, four caterer-bartenders competed, including one very unlikely one: the executive editor of this magazine—that is, me. 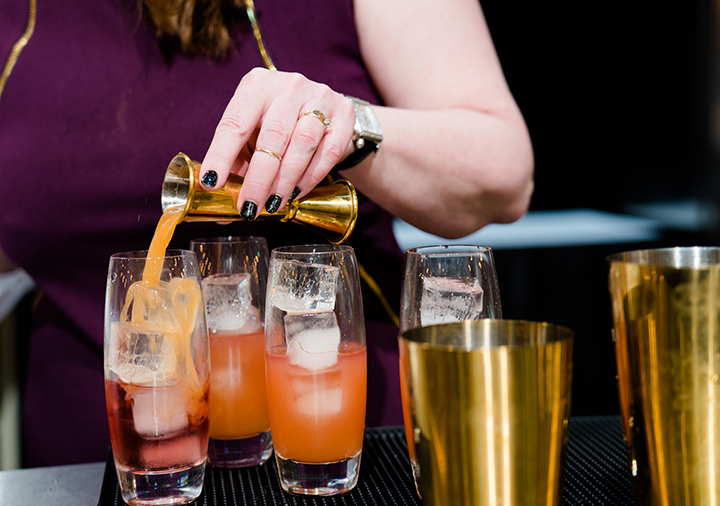 The author, building her cocktails for the judges, adds Tomgirl mix.

Minneapolis gal I am, and member of the local chapter of the U.S. Bartenders Guild, I chose to present three cocktails conceived in my city, as an homage. Vodka isn’t my strong suit, but luckily, I had “A Tomgirl Named Maude” in my back pocket, via North Star Cocktails: Johnny Michaels and the North Star Bartenders’ Guild (“North Star” being the precursor name prior to the city of Minneapolis becoming an official guild branch).

Years after I first sipped this beverage at Café Maude, the combination of grapefruit and Pama with a dash of heat to balance is still one of my favorite crowd pleasers. Enjoy! 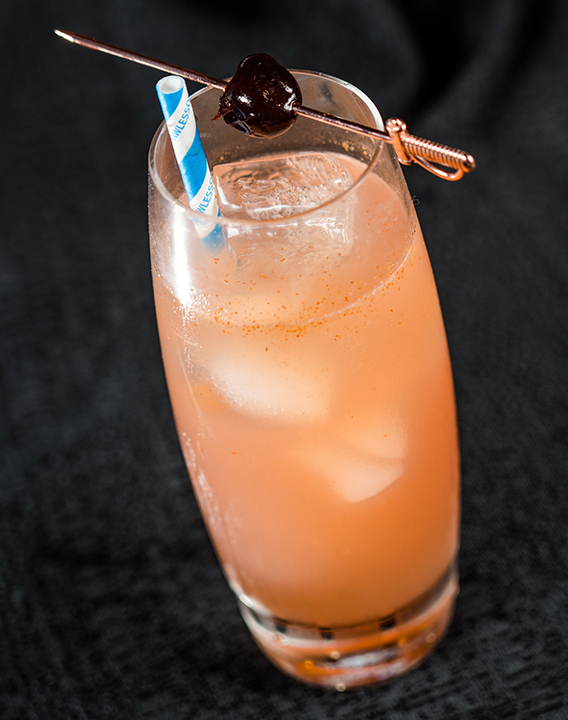 The finished “A Tomgirl named Maude” ready for judging. Note the small cayenne flecks of cayenne pepper from the mix—offers a small punch of heat.

I swapped the spirit in this recipe after Absolut Ruby Red (the original spirit) was discontinued and replaced by Absolut Grapefruit.

To a tall Collins glass with ice, add vodka and liqueur and stir with a straw. The ice should collapse a bit, top with more. Split the remaining volume between Tomgirl mix and sprite. Garnish with a *cherry.

*Johnny cites maraschino in his original recipe…I use Bada Bing.

Catersource is currently on the hunt for caterer-bartenders to compete in its annual Swizzle competition on the tradeshow floor at Mandalay Bay in Las Vegas. Email [email protected] for more information. Learn more about registering for Catersource here.