During July’s Tales of the Cocktail in New Orleans, Absolut Vodka hosted a three-day House of Elyx party, featuring mixologists Alex Kratena and Simone Caporale of Artesian Bar at the Langham Hotel, London, UK as well as inspired ideas to keep partygoers enthused, educated, and entertained.

Offering a Swedish-style brunch from noon to 3:00 p.m. each day in honor of the vodka’s heritage (distilled in Ahus, Sweden) and then continuing later into the day, the two mixologists also conceived of a “show” of sorts, winding through a series of rooms that entertained and also educated the guests about cocktails. For example, in one room, guests would reach into a fish tank and pull out a sea urchin shell that was then filled with a cocktail. Guests were asked to go barefoot and stand on wet sponges to enjoy a full-on experience!

Author and actress Aisha Taylor (Ghost Whisperer, CSI) was at the event each day, engaging guests in live karaoke and conversation.

Let’s take a look at this three-day event. —Kathleen Stoehr

This copper vessel was created by Jack Hubbard to represent the luxurious elegance of the vodka brand. Being Elyx vodka is copper distilled, it was apt to choose this material to serve it in. (Each vessel retails for about $30, in case you’re wondering.) Served inside was the following. Steal this recipe! 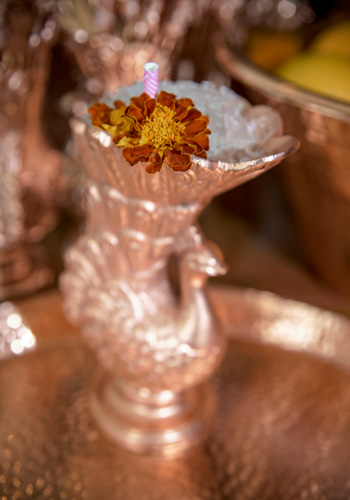 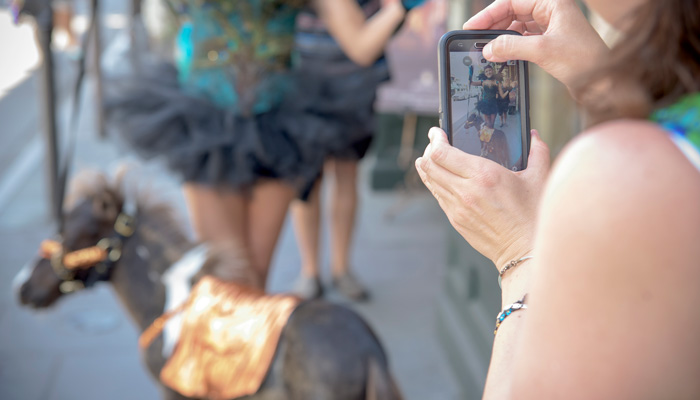 A circus-motif clad showgirl walked an adorable pony through the nearby Hotel Monteleone lobby to draw attention to the event happening a few blocks away. 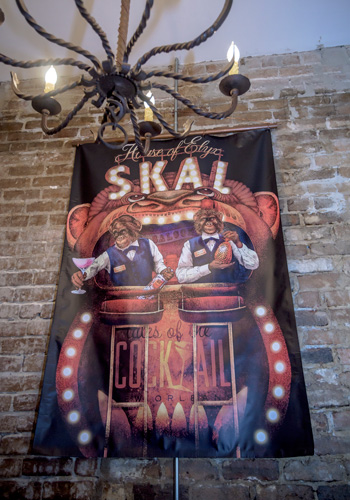 A large poster greeted guests near the entrance to the event 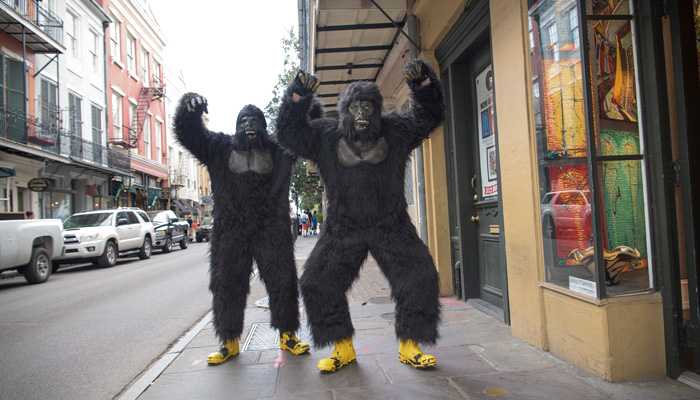 The two mixologists dressed up in gorilla costumes to amuse guests 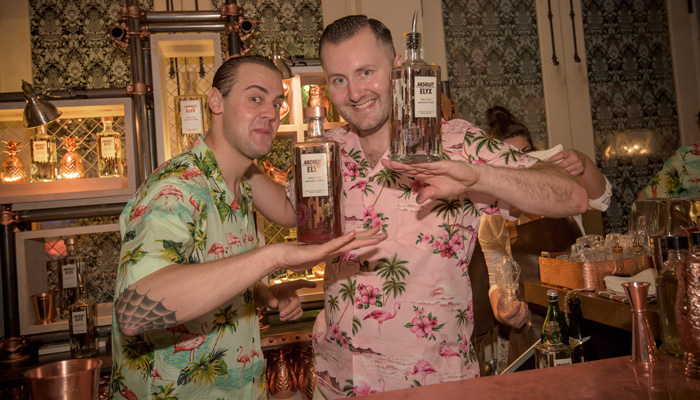 Out of costume, Kratena and Caporale were a bit more approachable. 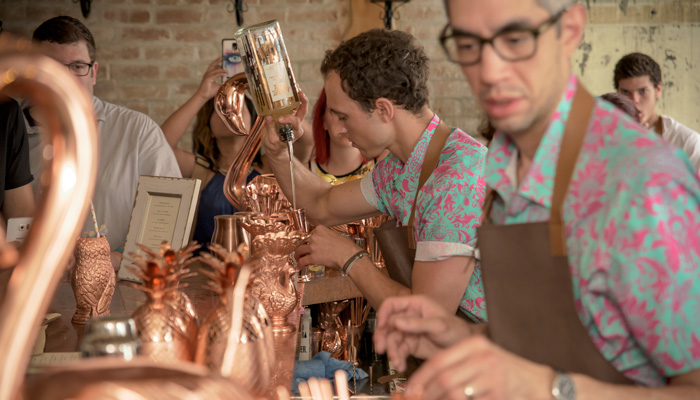 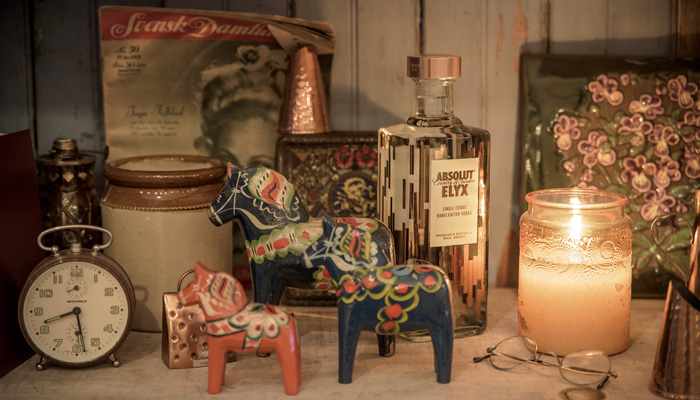 Swedish artifacts were used as props, including Dala horse tchotchkes 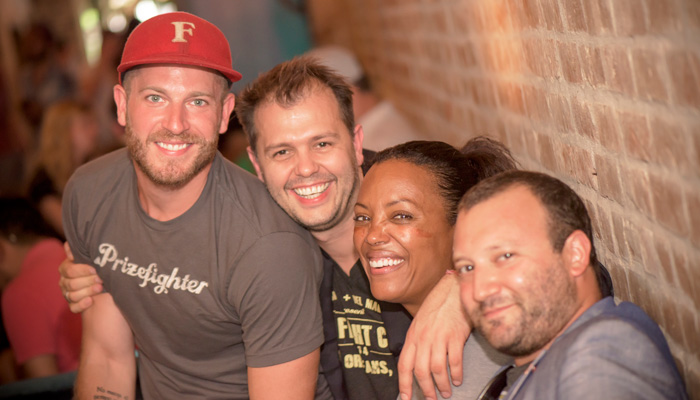 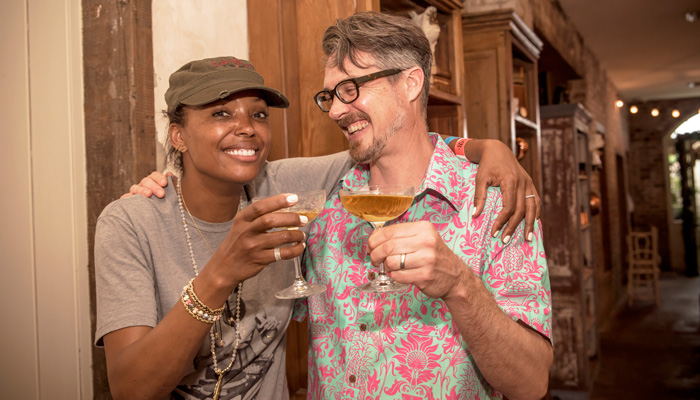 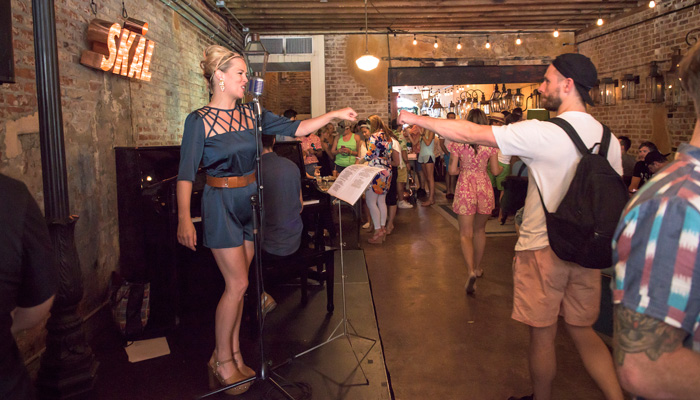 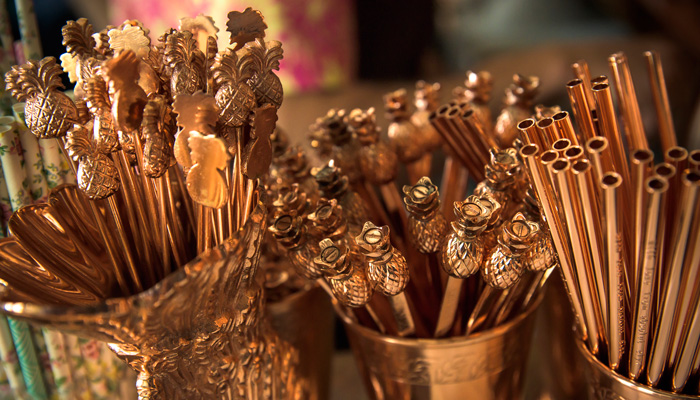 Copper straws and stir sticks festooned many a beverage