State of the Industry: Fighting Food Waste in 2020

Several years ago, if you asked a caterer to detail their food waste program, you might hear about donations to food banks and methods of composting. In 2020, however, those are considered the minimum for fighting food waste. In fact, many in the industry view those two post-event options as having a negligible impact on a gigantic problem. The USDA estimates 30% to 40% of the country’s food supply is thrown away.

“Donations and composting aren’t solutions to food waste,” says Brad Nelson, VP, global F&B and culinary, Marriott International. Nelson helps oversee the food waste strategies for the brand at more than 7,000 hotels worldwide—many with enormous catering operations—through Marriott’s Serve360 program, which aims to reduce food waste by 50% in 2025. “Donating and composting can create a false sense of purpose because you’re not technically wasting it. The real food waste solution is to reduce it at the source and not have it in the first place.”

Reducing food waste “at the source” means a stronger focus than ever on client communication, menu planning, and efficient production—all steps that happen before food is served to guests. 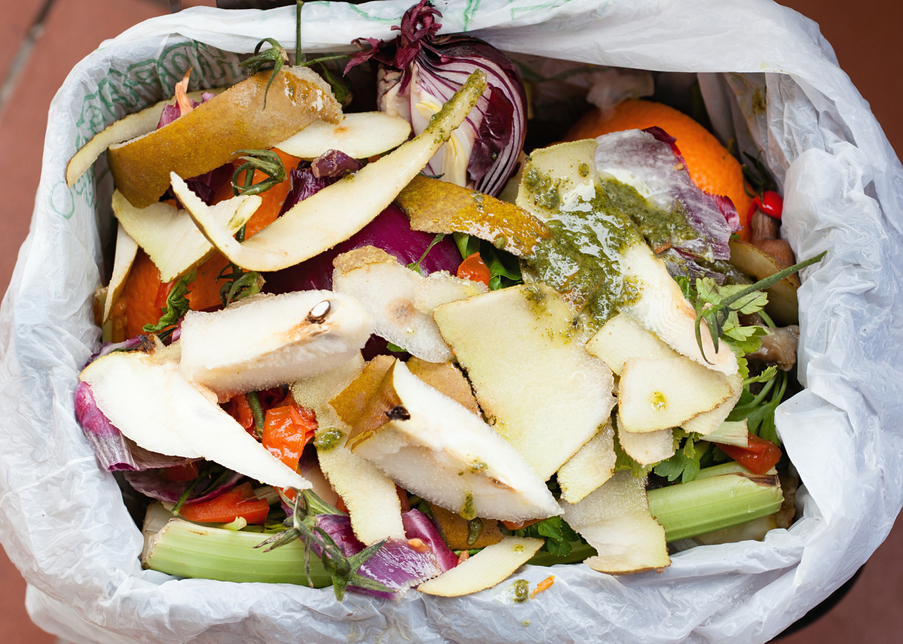 The customer is (almost) always right

Client desires don’t always mesh with environmentally friendly outcomes regarding food waste. Particularly challenging is the demand for a continuous abundance of food in front of guests, regardless of consumption levels.

“In catering, if you run out of food, your reputation suffers, and it can hurt future business prospects, since there may be potential clients among guests,” says Rahul Shrivastav, executive director of dining at Indiana University, which generates $6 million annually in revenues from catering. “However, fear of running out of food leads to overproduction, which is not good for business or reducing waste.”

Food put out for guests cannot be donated because of food safety concerns. Not all leftovers can be composted either, so some of it still goes to a landfill. Consequently, many caterers focus on mitigating waste in the planning stages, starting with client education.

“That’s just as important as educating our team about food waste,” says Michael Stavros, partner and director of business development at M Culinary Concepts in Phoenix. “We want clients to understand portion control, for example, and how that affects food waste. This engagement piece is critical because they feel like they’re part of a solution and want to help.”

A change in sales strategy also helps. At Indiana University, Shrivastav started offering menus “based on need rather than volume. Instead of tiered pricing for reception platters, for example, we sell them as portion-per-person instead. That lets us produce according to the number of guarantees the client provides us.”

Registration is NOW OPEN for Catersource 2020, co-located with The Special Event! Click here for more information or to register!

Another way to reduce food waste (and food cost) is asking clients exactly what they want on their menus, and producing only those items, while eliminating peripheral foods that have traditionally been included.

For example, today’s guests often leave sizable amounts of bread, rolls, pastries, and other carbs uneaten because of a shift in dietary preferences. The tried-and-true formula for a catered box lunch (sandwich, chips, condiments, cookie, fruit) contains at least one item nobody eats, while plated desserts are rarely finished and frequently end up in the trash. All of this is post-consumer waste, so nothing can be donated or repurposed.

“I’ve seen events with 1,000 people for dinner, and by the time dessert is served there might be 600 people left. That means 400 desserts were plated and never eaten. We’re trying to mitigate that by offering family-style desserts that are less than one portion per person,” notes Nelson. 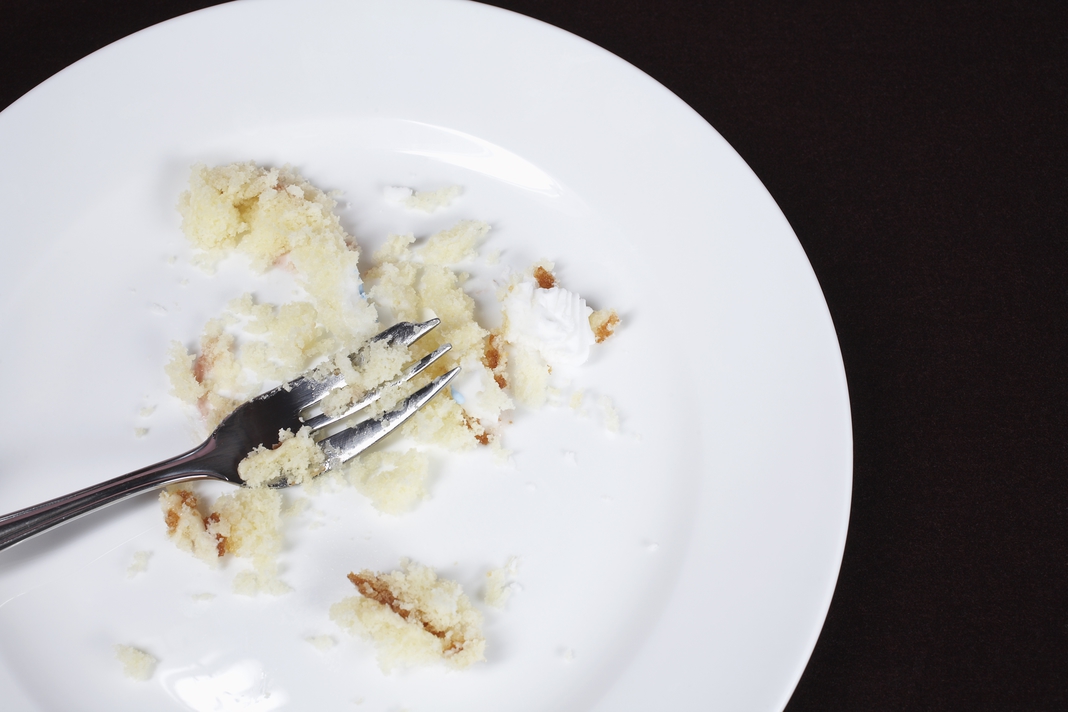 Self-serve buffets are a catering staple, but they also generate tremendous amount of food waste. One solution is not allowing guests to serve themselves. It’s easier said than done, since extra staff may be needed to distribute portions to customers, but “left to their own devices, people tend to overfill plates. Having an attendant there doesn’t let somebody take more than they can consume,” says Stavros.

Caterers can also take a cue from the cruise industry, where self-serve buffets feeding several thousand people daily are being phased out as a way to fight food waste. Holland America Line, for example, aims to reduce food waste aboard its ships by 10% in 2021, and buffets are a key target.

“There are many benefits to putting an attendant at each buffet station. We can continuously monitor food quality and quantity, presentation and portion size, and it gives us control of sanitation and safe food handling,” says Frits van der Werff, VP of F&B at Holland America Line. “It’s been a successful switch from self-serve, and we’ve decreased our food waste as a result.”

Session 1: Saving the Planet, One Event at a Time: Waste Reduction at Events of All Sizes with Stavros and Lee Spivak, 4:15 to 5:00, Tuesday, March 10 on the Bridge stage

Session 2: A Candid Conversation about Food Waste with Dana Siles and David Lombardo, 2:30 to 3:30, Thursday, March 12 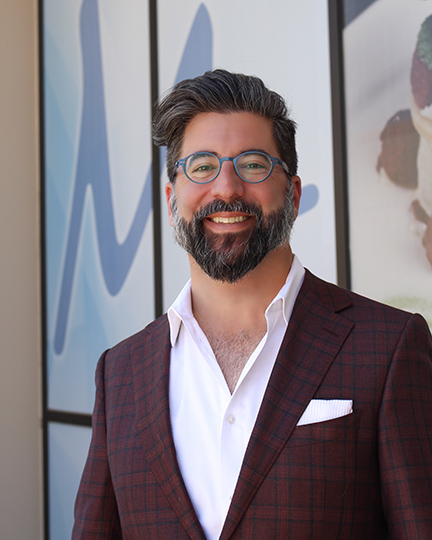 • Weigh your waste: “We feed 200,000 people over six days at the Waste Management Phoenix Open PGA tournament every year. We used to donate 50,000 pounds of food from that event, and we’re now donating less than 20,000 pounds because we weigh our waste and track that data year-over-year with software to better understand what and when people are eating. We adjusted our production to match those metrics and it made a difference.”

• Get the most out of compost: “We started working with the Arizona Worm Farm, delivering a few hundred pounds of plant-based scraps to them weekly. The Worm Farm uses those scraps to make compost and mulch, which in turn feeds their earthworms, and those worms become food for their chickens. The chickens then lay eggs, and the Worm Farm donates those eggs to local nonprofits and food support organizations. If they end up with excess eggs, they sell them to the public and donate the money to a local charity.”

• App pupils: “Food rescue is becoming more mainstream, and we’re seeing the evolution of app-based food rescue organizations that can be contacted conveniently to donate food. We don’t use an app because we have a local partner in Phoenix, but they’re a great resource for a caterer that doesn’t have a partner yet.”

• Don’t be shy: “Many clients are conscientious consumers today, and they want to know the dollars they spend on catering are being spent responsibly, helping their community and the environment. From a business standpoint, you need to tell the world what your catering company is doing to fight food waste. This is a PR and marketing opportunity to celebrate your company’s efforts in supporting and enhancing the lives of people in your community and attract those conscientious clients.” 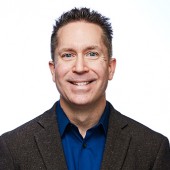 Michael Costa is the former editorial director of Hotel F&B magazine, covering the business of catering, restaurants, and bars for 12 years. During his time at Hotel F&B, he guided the publication to six FOLIO: magazine Eddie awards. Before joining Hotel F&B in 2007, Michael attended culinary school at the Illinois Institute of Art while working in the kitchen and in F&B purchasing at the 1,218-room Sheraton Grand Chicago. Prior to that, he worked for six years in TV news as a reporter at network affiliates around the country. Michael is a journalism graduate of Columbia College in Chicago.