Not So Garden Variety

Vegan. Vegetarian. Flexitarian. Mediterranean/Med-Style. Plant-forward. Plant-based. Plant-centric. Regardless of what you call it, plants have continued to influence the way consumers eat around the world.

“Whether we call it 'plant-based' or 'plant-forward' may not really matter. We just need to get more produce on the plate,” said Amy Myrdal Miller, from Produce For Better Health, during a recent International Food Editorial Council (IFEC) lunch & learn. 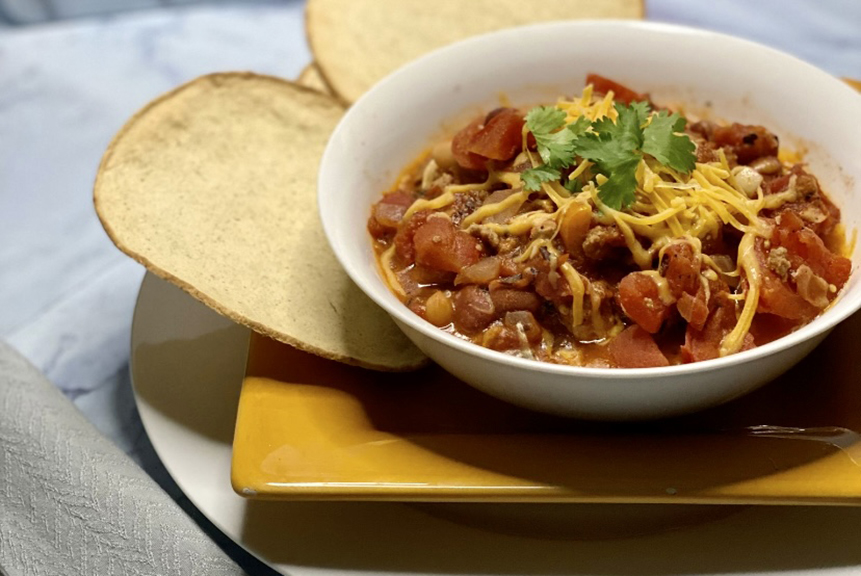 Plant-forward eating has constantly found itself included among annual food trends, but for some, it’s gone far beyond just being a trend at this point.

“I don’t think it’s a trend anymore,” said Jacqui Pressinger, Director of Strategic Partnerships, American Culinary Federation. “This is the new way, at least in America, that we’re moving fowrard. It’s just a way of life now and a challenge to all of the chefs out there.”

It’s more than just a trend

According to Nielsen, 39% of Americans are actively trying to eat more plant-based foods. In fact, the number of Americans who consider themselves vegan rose by 600% between 2015-2018, according to the GlobalData report, as quoted in Forbes.

“This plant-forward movement isn’t going away, especially since every trend that you see is moving in that direction,” said culinary nutritionist Lisa Dorfman. 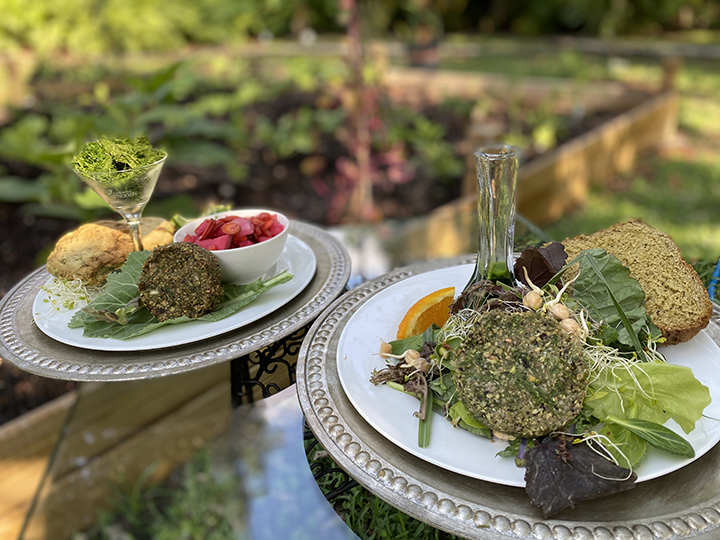 Experts all agree that eating more plants is the single most important action people can take to enjoy happier, healthier lives. A plant-forward lifestyle is not only good for our health, but it is also good for the Earth’s health. Plant-forward choices help reduce our carbon footprint and the amount of greenhouse gases that end up in the atmosphere. And since it takes about 2,000 gallons of water to produce a pound of beef, the environmental benefits of just a few plant-forward choices each week add up fast.

Regardless of the reasons why consumers are moving away from animal diets in favor of more plant-forward options is irrelevant, the fact of the matter is that it’s happening and it’s up to caterers and chefs to offer the options that are being sought out.

“Vegan used to be a bad word, but now if you’re not doing it as a chef, you’re not doing yourself justice,” Schlissel said. “We need to give customers healthier options, whether they want it or not, and let them make the choice.”

By incorporating more plant-forward or vegetarian options into your menu, you are not only offering healthier choices, but in most cases offering options that can more easily meet certain dietary restrictions, such as keto or gluten-free.

“There really is this inclusivity to plant-forward foods and cuisines,” Pressinger said, “because it’s much more likely there’s something for everyone.”

Additionally, beyond inclusivity of diets, plant-forward dishes can also be potentially more inclusive of different cultures and religions.

“Our Western diet is so animal-forward where the rest of the world doesn’t have that mindset,” Schlissel said. “But now we’re starting to have a different mindset, we are opening our doors to this realm of great cuisines.

“It’s about creating the bridge to the carnivore to the Mediterranean to the vegetarian.”

When talking about plant-forward menus, we’re not just talking about salads or pasta primavera, we’re talking about making plants the star of the show in the same way meat dishes have been historically.

“It’s not just vegetables on a plate anymore” Schlissel said. “Now, chefs play with the taste and flavors in order to wow the guests.

“Vegetables can take the forms of other foods, guests can’t believe that what they thought was fish or beef turned out to be a vegetable.”

A few of the innovative ways that vegetables can be used as protein or dairy alternatives include: puréed walnuts in place of cream for a creamy tomato soup; puréed sunchokes in place of eggs and/or dairy in a delicious dessert mousse; and obviously you can’t forget about the many protein alternatives such as the Impossible Burger, Before the Butcher and Beyond Meat.

“It’s about re-engineering what you already know,” Schlissel said. “We can play games with things and prove to the customer that these plant-based dishes aren’t going to bite them.” 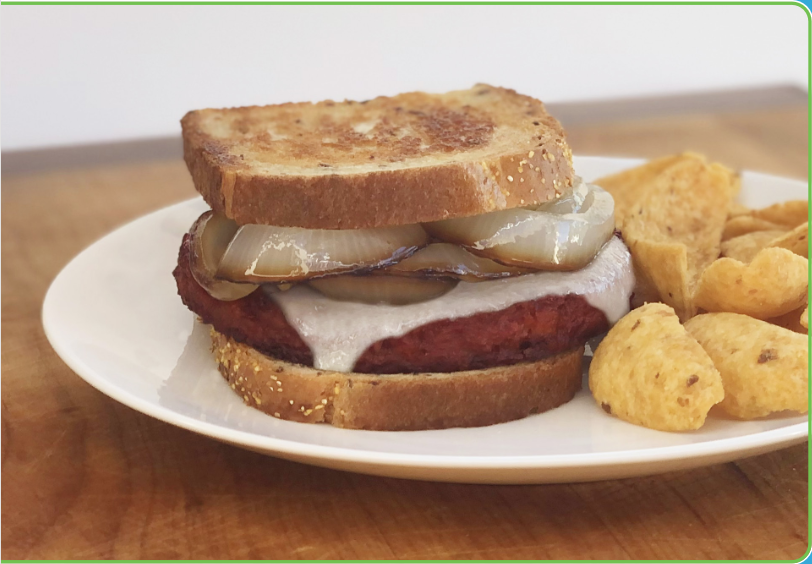 When beginning the process of adding more plant-based or plant-forward dishes, chefs should start with something simple that customers recognize and that meat-eaters will be comfortable trying. For example, Schlissel took his pot roast recipe and looked at how he could recreate the meaty and stock aspect of the dish with the use of different hearty vegetables and protein alternatives.

“You don’t want to make it complicated,” said Danny O'Malley, President for Before the Bucher. “By creating familiar recipes it eases the pushback chefs might receive when incorporating plant-based proteins.”

Additionally, it’s important to get behind the shift to plant-forward dishes, otherwise you’re insincere in what you make in the kitchen.

“We don’t do vegan for vegan’s sake,” said Roxana Jullapat, pastry chef for Friends & Family, during the Culinary Institute of America's 2021 Global Plant-Forward Culinary Summit. “Ultimately, it’s just delicious. To be very flavor-focused is a great starting point and then everything else comes into play." 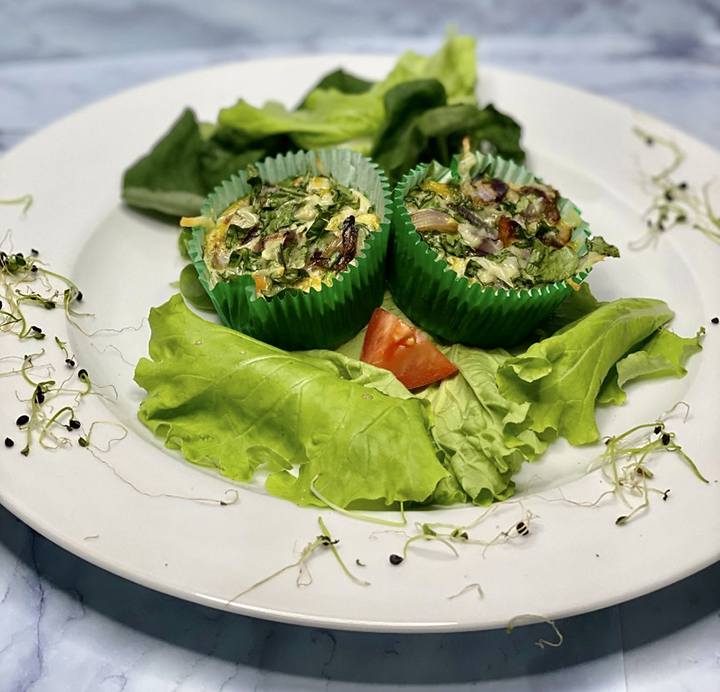 Be careful when you start cooking with vegetables and protein alternatives though, because the techniques used with meat can’t also transition seamlessly.

“Chefs will just assume they can buy whatever brand of blend and prepare it the same way they would anything, but you’ve got to practice these things and you are going to fail,” Dorfman said. “When you try to transfer the same seasoning and cooking process to the plant alternatives, it’s kinda like training for a marathon the day before.”

So, are you ready to harness the power of plants?

“The vegan guest may make the kitchen staff and chefs think that this is going to be more work, but vegans and vegetarians can be pretty understanding and flexible and patient,” Dorfman said. “You don't need to be afraid to prepare vegetarian foods, vegetarians and vegans aren’t from outer space.”