If you ask different chefs to describe California cuisine, you will probably get different answers from each, but they’ll most likely all feature the same general idea. 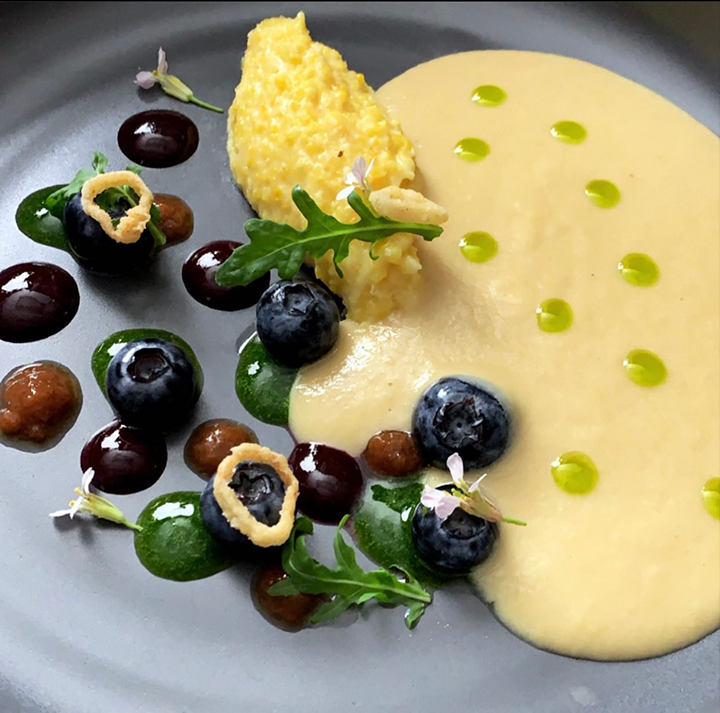 “If you’re not using fresh, locally produced, amazing products, prepared simply and with nutrition and healthfulness in mind,” says Chef Keith Lord, owner of Strateje Fourteen (San Diego, CA), “what are you even doing?”

The term “California cuisine” can mean different things to different people. While some may use it as catch-all term for cuisine that hails from California, others may associate it more with the farm-to-table movement. But it is a little bit of both.

“Everyone uses and sometimes abuses that farm-to-table moniker, but it’s a movement that began with a small handful of American chefs, who changed what the French chefs in California were doing,” Lord says.

A History of California cuisine

The origin of California cuisine dates to 1952 when Helen Brown released her West Coast Cookbook, which advocated for the use of ingredients found in one’s own backyard rather than relying on what was available at the grocery store. California cuisine began to make a name for itself in the culinary world in the ‘70s and ‘80s when chefs like Alice Waters (Chez Panisse), Sally Schmitt/Thomas Keller (French Laundry), Patrick Terrail (Ma Maison), Jeremiah Tower (Stars), and even Wolfgang Puck (Spago) started embracing the bounty that could be found at nearby farms.

“The revolution that the menu started in 1976 has succeeded all too well. Everybody has all those ingredients now, and they’re all over the country,” according to Jeremiah Tower, in a 2017 interview with Eater San Francisco, about the development of the “New California Cuisine” dinner at Chez Panisse.

“I say too well,” Tower continued, “because everybody’s got all these ingredients now, and they want to put 15 of them on every plate, which is boring, silly, and not very good. It’s like a paintbox you get as a kid. There are eight colors. Then you get one that has 30 colors and you think it’ll be five times better, but you mix it up and you get brown. The world is full of brown plates.”

California cuisine is less about specific recipes and focuses more on dishes that are driven by fresh and sustainable ingredients, with special attention paid to seasonality and the bounty of the region.

“There are so many different regions in California that grow so many different products, that once you start to look around, you can find so many more amazing things are grown here than in a lot of other states,” Lord says. 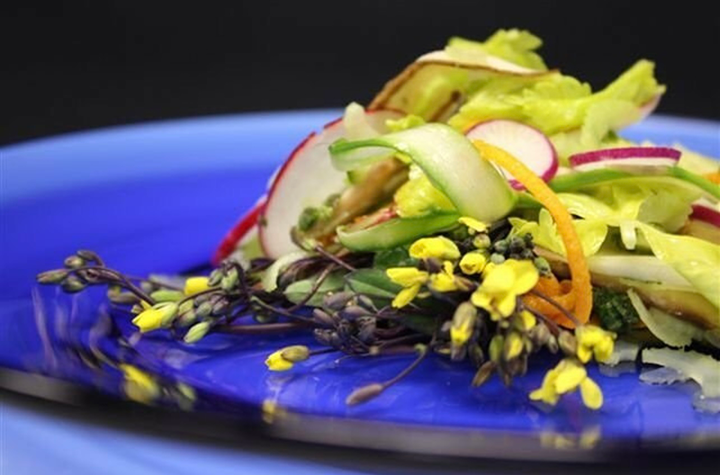 “California has been referred to as the Breadbasket of America. With over 400 different types of crops grown we are the fifth largest food producer in the world, so access is not an issue here and contributes to our ability to create with a wide variety of ingredients.”

In a nutshell, most chefs will describe California cuisine as: “A wonderful combination of seasonality, chef-forward cuisine, and creatively inspired menus,” says Rosemary Vera, owner of Colette’s Catering & Events (Fullerton, Calif). “We gather inspiration from the sunny weather, the abundance of produce available almost year-round, the coastline and all that it has to offer, and the fresh ingredients from local farmers and butchers. Seafood is a must, trendsetting flavors are always an element, and contemporary menu planning takes inspiration from all the different cultures that make our location truly unique.” 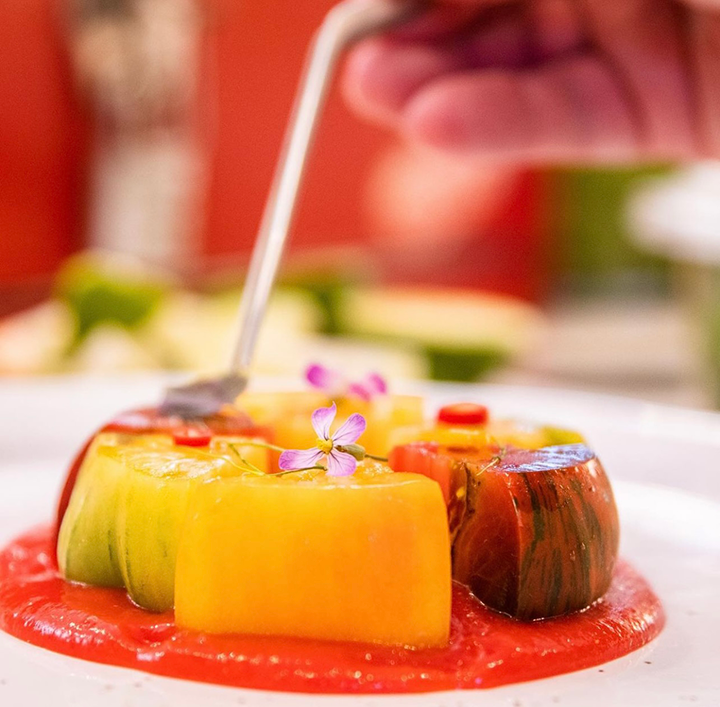 Freshness is one of the most important aspects of California cuisine. Dishes that are low in saturated fats and high in fresh vegetables and fruits with lean meats and fresh seafood from the California coast often define the style.

“It is a fundamental fact that no cook, however creative and capable, can produce a dish of a quality any higher than that of its raw ingredients,” according to a famous quote from Alice Waters. “Always explore your garden and go to the market before you decide what to cook.”

Not only do chefs want the freshest ingredients, but they also want to know where they have come from. It is easier to use microgreens that were picked that day from a local farmer rather than trying to import them from states away. Plus, working with local, sustainable vendors not only improves the ecosystem, but it also increases a sense of community, since the ingredients come from real people rather than a faceless corporate entity. 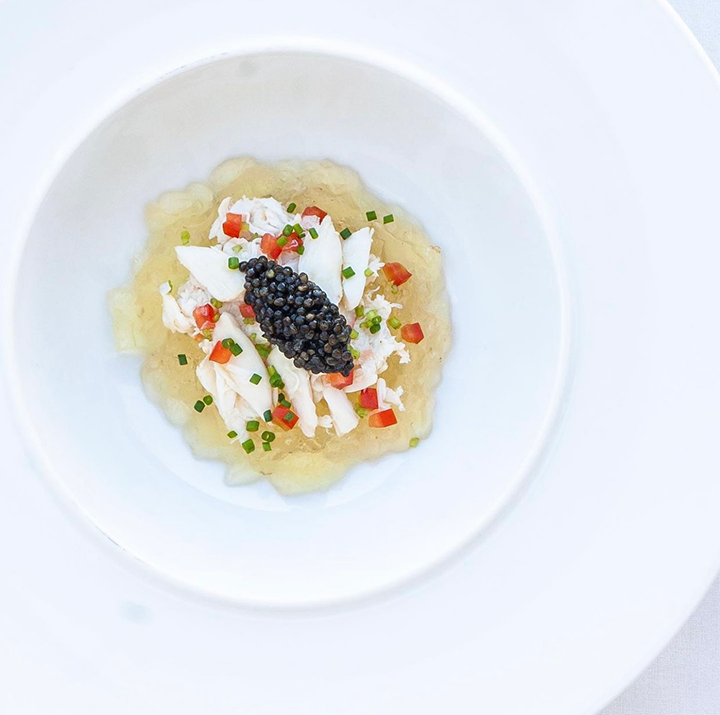 “I think that just being seasonal and local is not enough, you need the sustainable component,” Buchanan says. “Making fresh ceviche with local seafood and ingredients and then serving it to guests in a plastic container, is not how I see California cuisine. I hope that more people care about where their food really comes from and that this isn’t just a fad but becomes the normal way of eating.”

Now, since chefs have taken the time to carefully source the best and most flavorful ingredients possible, it would be counterproductive to destroy their natural flavor by overcooking them or drowning them with other flavors. As such, California cuisine focuses on handling the ingredients as little as possible, and instead focuses on simple preparations that will allow their natural flavor to shine.

“When you have the best and tastiest ingredients, you can cook very simply and the food will be extraordinary because it tastes like what it is,” according to Waters. 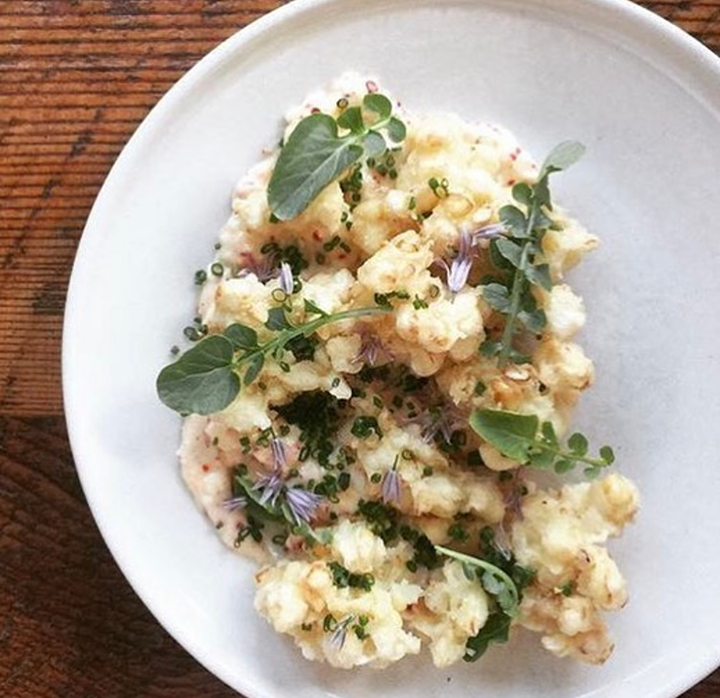 Lord agrees. “I am a purest at heart when it comes to cooking,” Lord says. “I believe that the carrots a farmer put his heart, soul, and all his resources into, should at the end of the day be prepared to taste as close to the warm in the ground perfect carrot the farmer grew. Simply cooked to reflect all that had already gone into that carrot.”

In addition to having an emphasis on lighter, seasonal ingredients, California cuisine also celebrates California’s melting pot of cultures through a myriad of international influences, including Mexican, Chinese, Japanese, Mediterranean, and Persian.

“Other than the obvious of local, seasonal, and sustainable; if you really break down California cuisine, you will find a lot of international influence,” Buchanan says. “Fusion is so woven into the style that it is hard to separate the components. It is not uncommon to find five to six ingredients representing different cultures in the same dish–and it works.”

“We are fortunate we live in California and can be driven by local and sustainable ingredients in our way of cooking,” says Pauline Parry, Founder and CEO of Good Gracious! Events (Los Angeles). “Our food is driven by the distinct cultures we have here, which allows us to bring out the best in these clean flavors. We always want to taste the best in everything we cook and we really do have access to everything in California.”

As more culinary styles embrace the farm-to-table movement, California cuisine can sometimes be lost in the mix. However, today’s California chefs are starting to look in their rearview mirror for inspiration.

For example, rather than focusing solely on the commonplace international cuisines within California, chefs are looking to their own family histories and cultural identities for culinary influences. 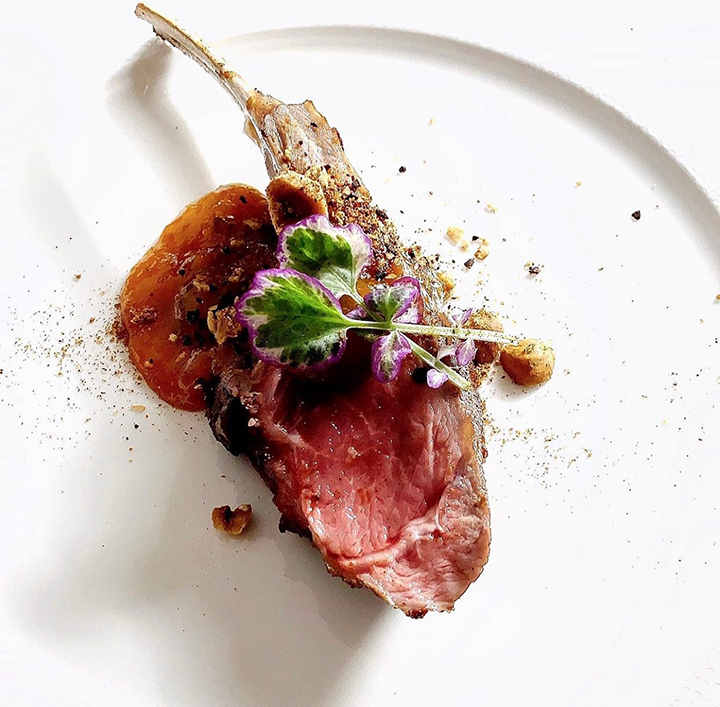 Additionally, indigenous ingredients and practices are starting to come more to the forefront in California cuisine using local grains and probiotics. One restaurant in particular, Café Ohlone (located in Berkeley, CA), incorporates the Ohlone style of indigenous cooking, which honors the Ohlone traditions of gathering food responsibly, sourcing from farmers whose values reflect their own, and cooking what is in season—all hallmarks of California cuisine.

“We’re not really doing anything new, just remembering, supporting, and building upon what was the best of the past,” says Buchanan. “Farm-to-table should be more than a buzzword.”

Since its inception, California cuisine has been instrumental in the rise of many of today’s most beloved dishes. For example:

California pizza is a type of light thin-crust pizza with fresh local ingredients for toppings–artichoke, goat cheese, chicken, avocado. Instead of tomato sauce, sometimes peanut sauce can be used.

One night, the owner of the restaurant came home very hungry; he made himself a dish with whatever he had in the kitchen at that late hour: lettuce, egg, avocado, tomato, chicken, onion, bacon, and blue cheese. Thus, the birth of one of California’s signature dishes.

The California Roll is a fusion between Japanese and Californian cuisine and originates in Los Angeles in the 1960s. The roll is made with rice, cucumber, avocado, and fish, but is rolled inside-out. Practically, a Japanese dish made with American ingredients, in a new fusion style. 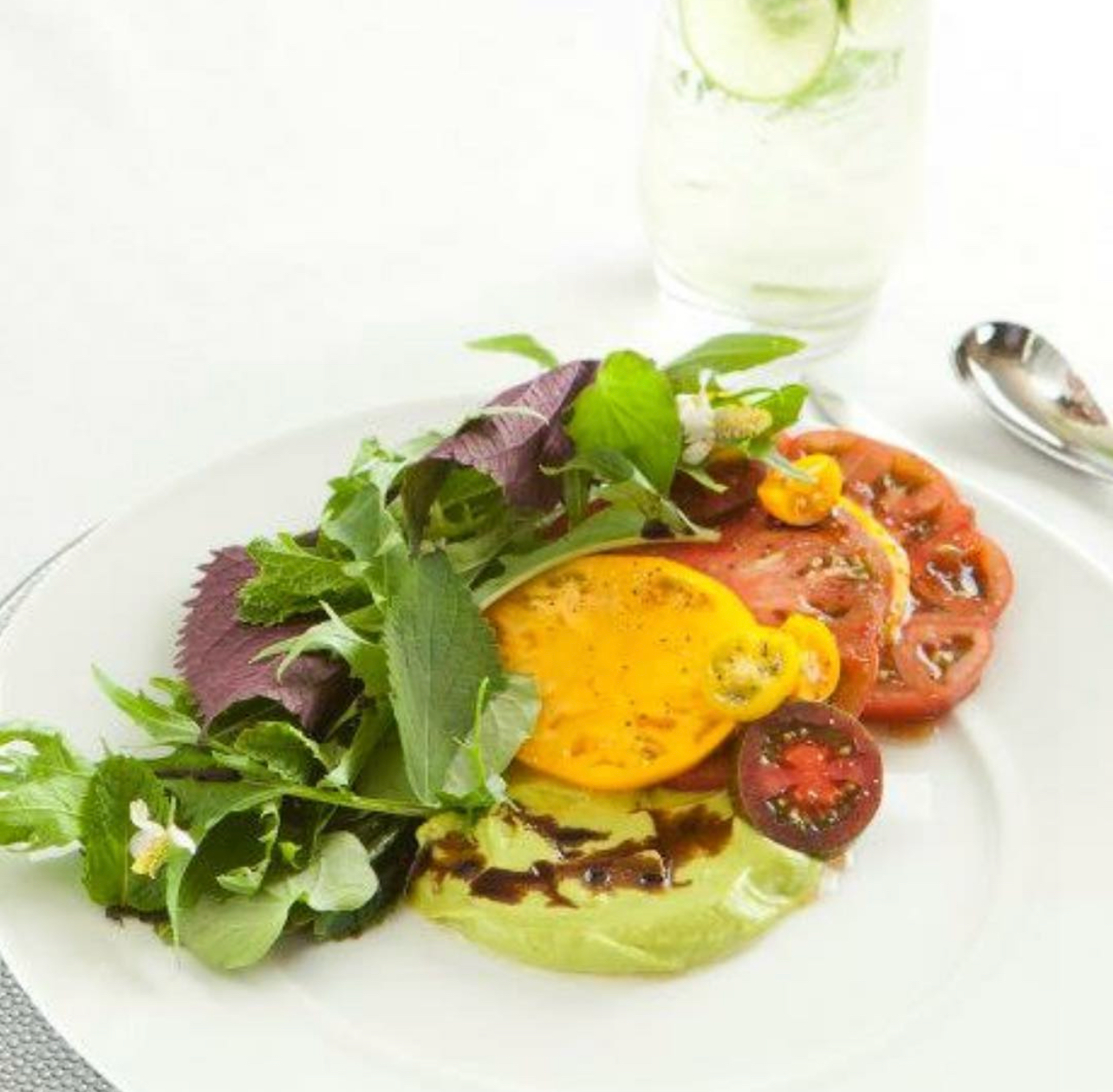 While California cuisine, or more generally farm-to-table, will always be homebase for chefs, its lighter cooking styles and vegetable-centric menus, as well as its global mashups and greater emphasis on homegrown menus, continues to evolve.

In closing, here are some final words of wisdom from the mother of California cuisine, Alice Waters:

“Cooking creates a sense of well-being for yourself and the people you love and brings beauty and meaning to everyday life. And all it requires is the common sense to eat seasonally, to know where your food comes from, to support and buy from local farmers and producers who are good stewards of our natural resources,” she says.

Join us in California!

Don’t miss your chance to get a taste of true California cuisine during Catersource + The Special Event, happening May 2–5 in Anaheim, CA

Visit conference.catersource.com for all the details. 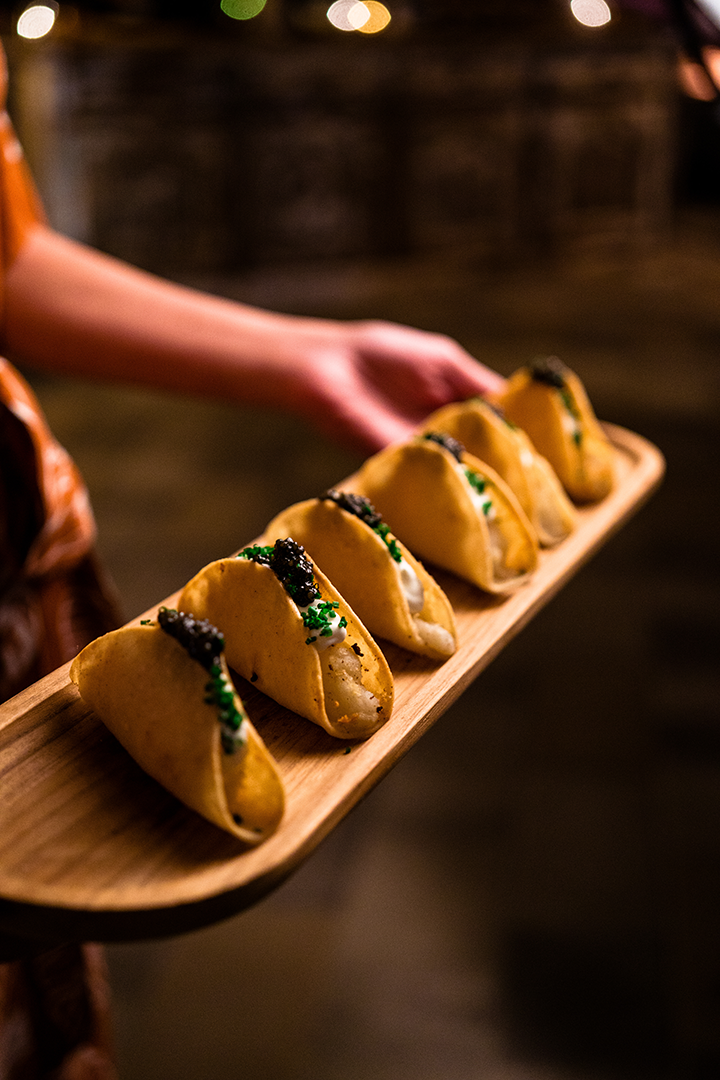 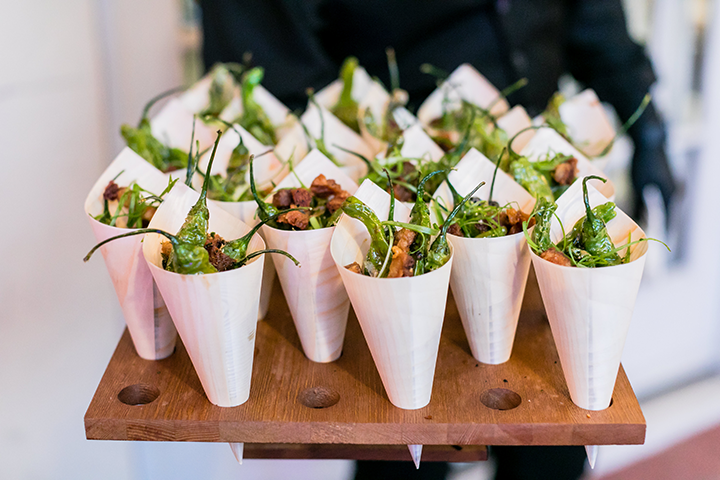 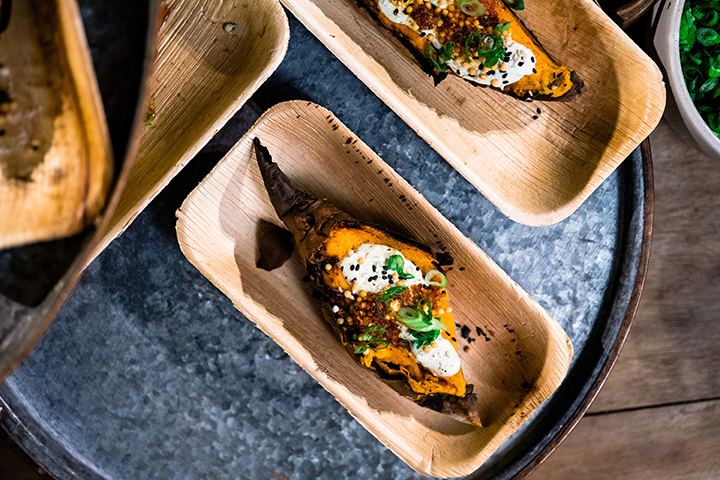 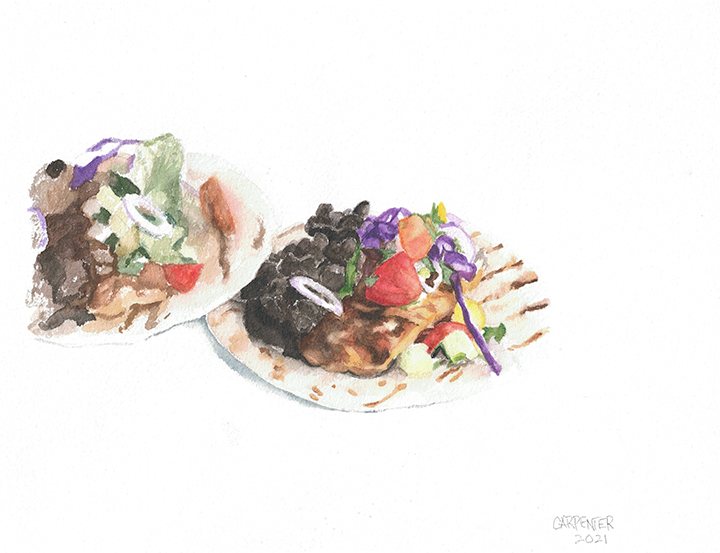 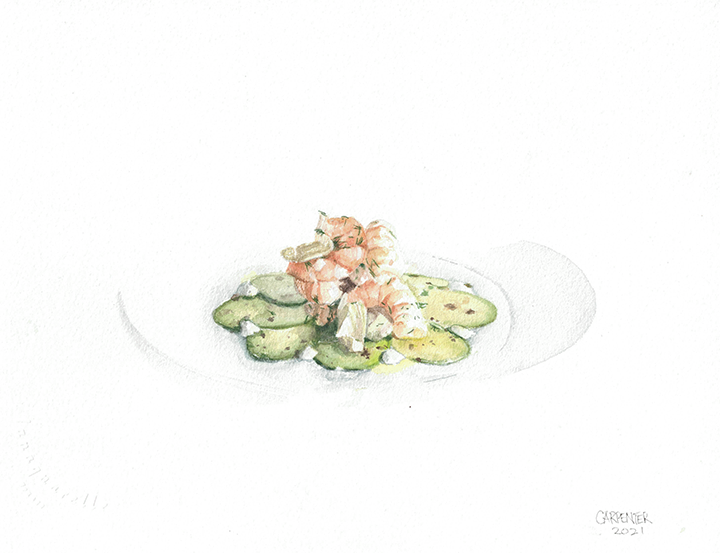 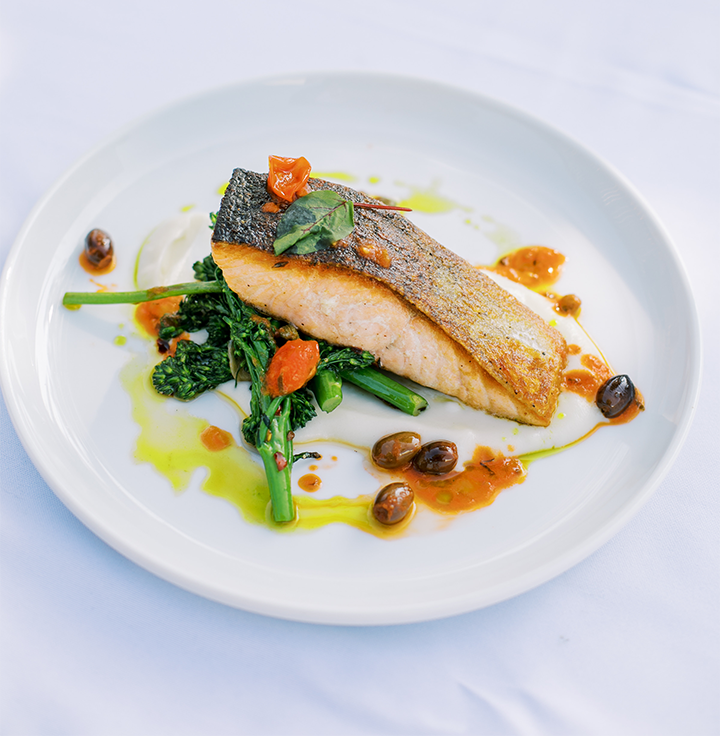 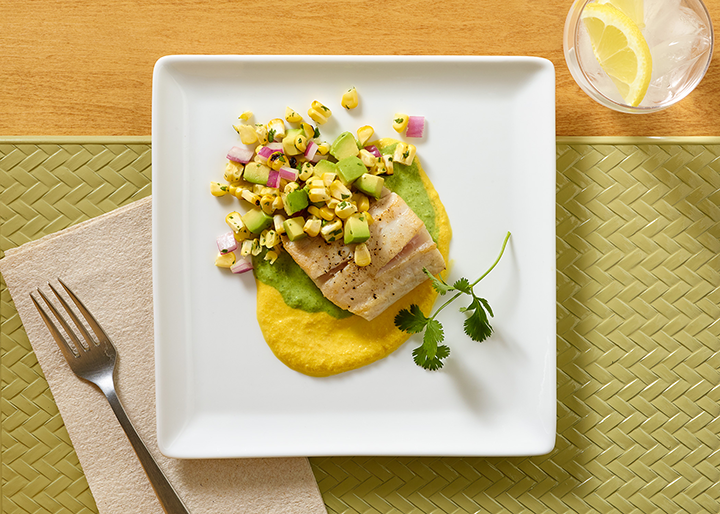 f you ask different chefs to describe California cuisine, you will probably get different answers from each, but they’ll most likely all feature the same general idea.

“If you’re not using fresh, locally produced, amazing products, prepared simply and with nutrition and healthfulness in mind,” says Chef Keith Lord, owner of Strateje Fourteen (San Diego, CA), “what are you even doing?”

The term “California cuisine” can mean different things to different people. While some may use it as catch-all term for cuisine that hails from California, others may associate it more