The True Meaning of Happiness

For many, food and happiness go hand-in-hand. Heavenly aromas wafting through the air, the satisfying crunch of fresh fruits and vegetables, the exciting flavor combinations that mingle on the tongue—you really can’t help but smile. This is why merging culinary with Le Bonheur (French for ‘happiness’) seems only fitting.

This summer, LEO Events teamed up with celebrated Memphis restaurateur Chef Kelly English (owner of Restaurant Iris, the Second Line, Magnolia House, Fino’s, and Panta) for Le Bon Appetit, a bi-annual fundraiser for Le Bonheur Children’s Hospital, a 255-bed facility that serves as a primary teaching affiliate for the University of Tennessee Health Science Center and one of the top facilities in the country for neurosurgery. 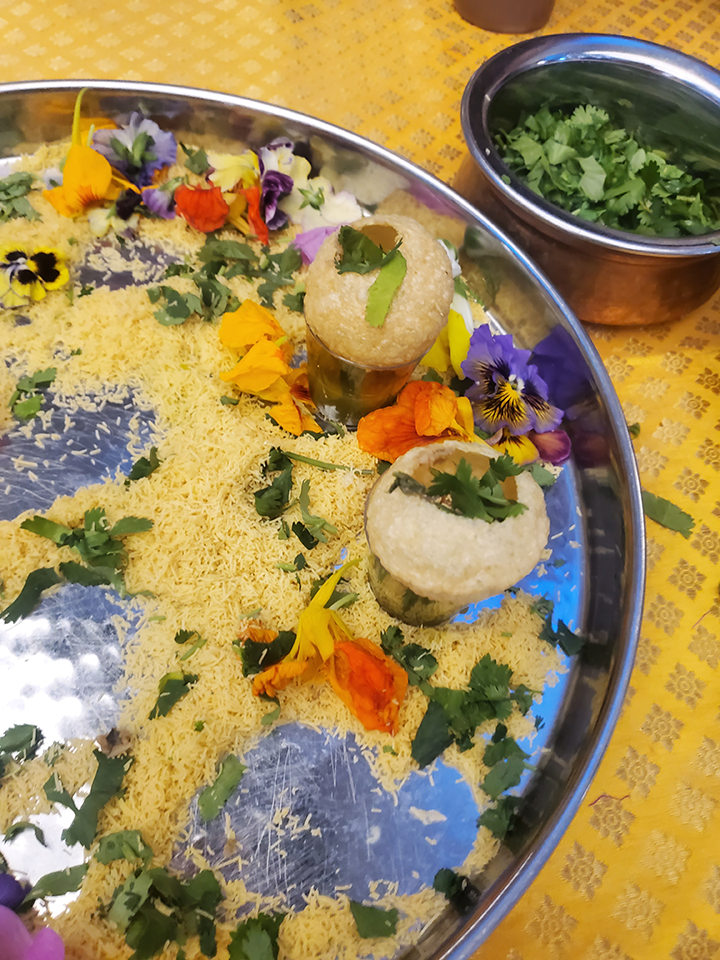 Le Bon Appetit started in 2012 as a small-scale culinary showcase of chefs from all walks of life to cook
for a cause.

“We all have talents, we all have skills, and that’s what we can use to give back,” said Chef Kelly in a 2016 article in Le Bonheur’s Securing the Promise newsletter titled Cooking
for a Cause.

As the event grew, English partnered with LEO Events: he supplied the chefs, and LEO Events handled the logistics.

“LEO Events really drove all the nuts and bolts and heavy lifting of everything we did,” Chef Kelly adds. 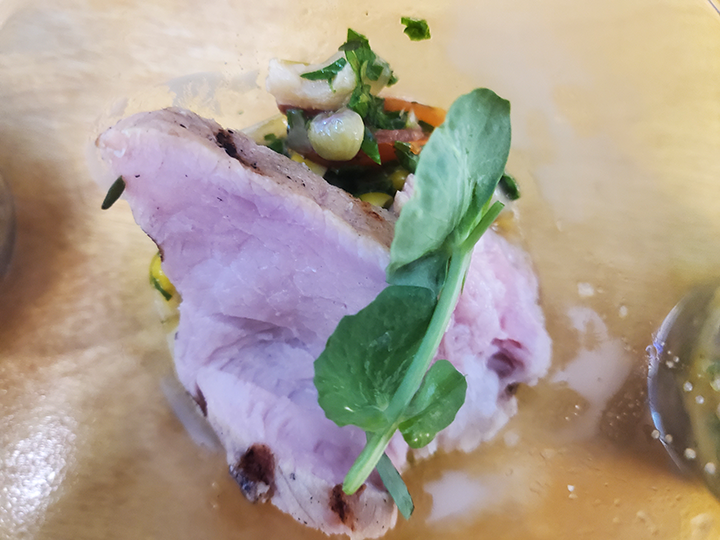 This summer’s event, held at the Crosstown Concourse in Memphis, brought together more than 30 award-winning chefs from Memphis and across the country to showcase their signature dishes.

“The great thing about the chefs who come is that we really look at who’s not only doing great food,” Chef Kelly says, “but also who’s doing great work in their own communities.” 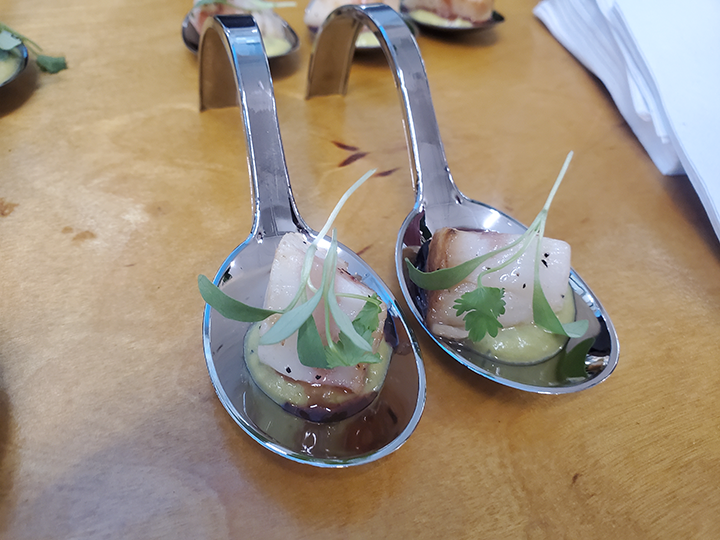 However, Le Bon Appetit is a lot more than just a culinary event. The chefs take time to serve families, tour the hospital, and even hit the kitchen at FedExFamily House (Le Bonheur’s home-away-from-home for out-of-town families), where they participate in a Chopped-style breakfast battle using fun, kid-friendly ingredients like candy bars, sugary cereals, and marshmallows.

“There’s so many celebrity chef events out there, but this one is different,” says Cindy Brewer (LEO Events), “because this is a whole brotherhood.”

“I don’t think we’ll ever go annual though, I think bi-annual is the right spot,” he says. “The last thing we want to be is just another thing on someone’s calendar. We’re very aware that Memphis is not New York City, Chicago, or New Orleans, but it’s so much fun to bring people in and surprise them with the talent that we have.” 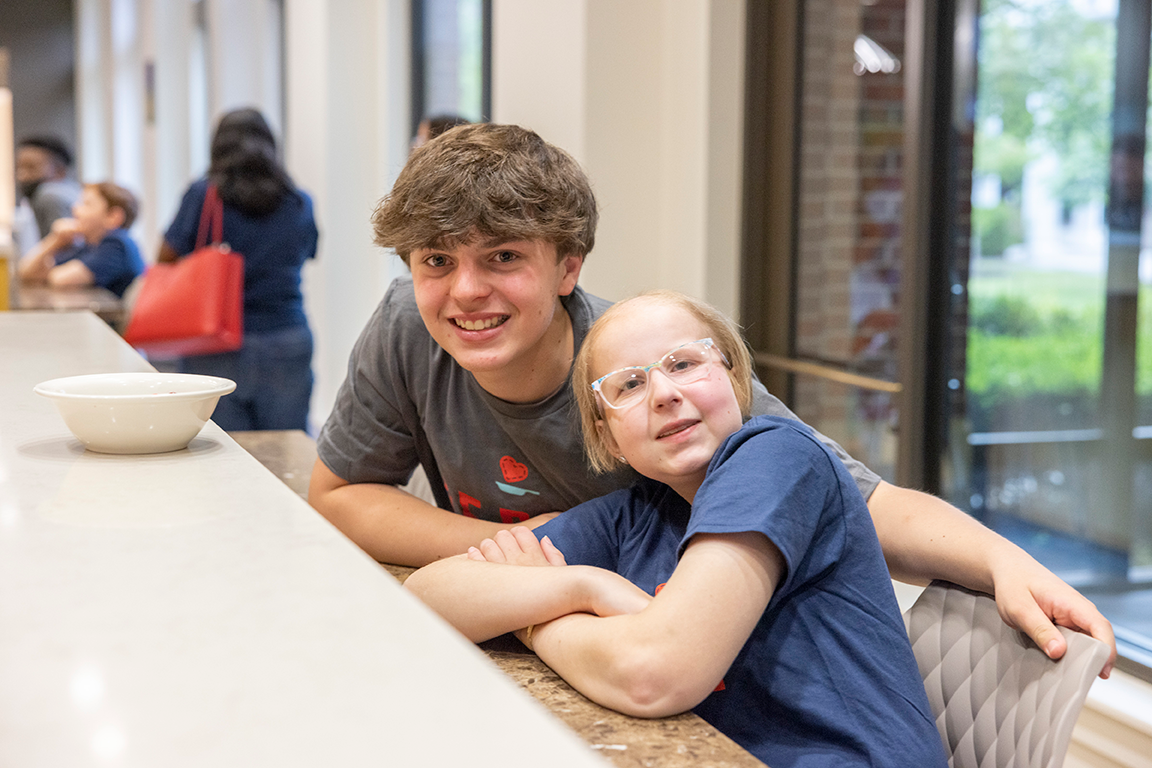 George Brewer (left, son of LEO Events owners Cindy and Kevin Brewer) was diagnosed with a brain tumor when he was just 10 years old, resulting in a hospital stay and surgery at
Le Bonheur Children’s Hospital. Photo courtesy LEO Events 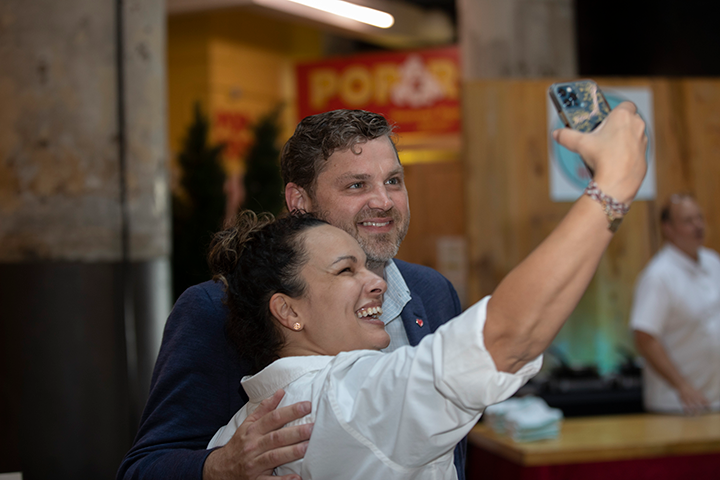 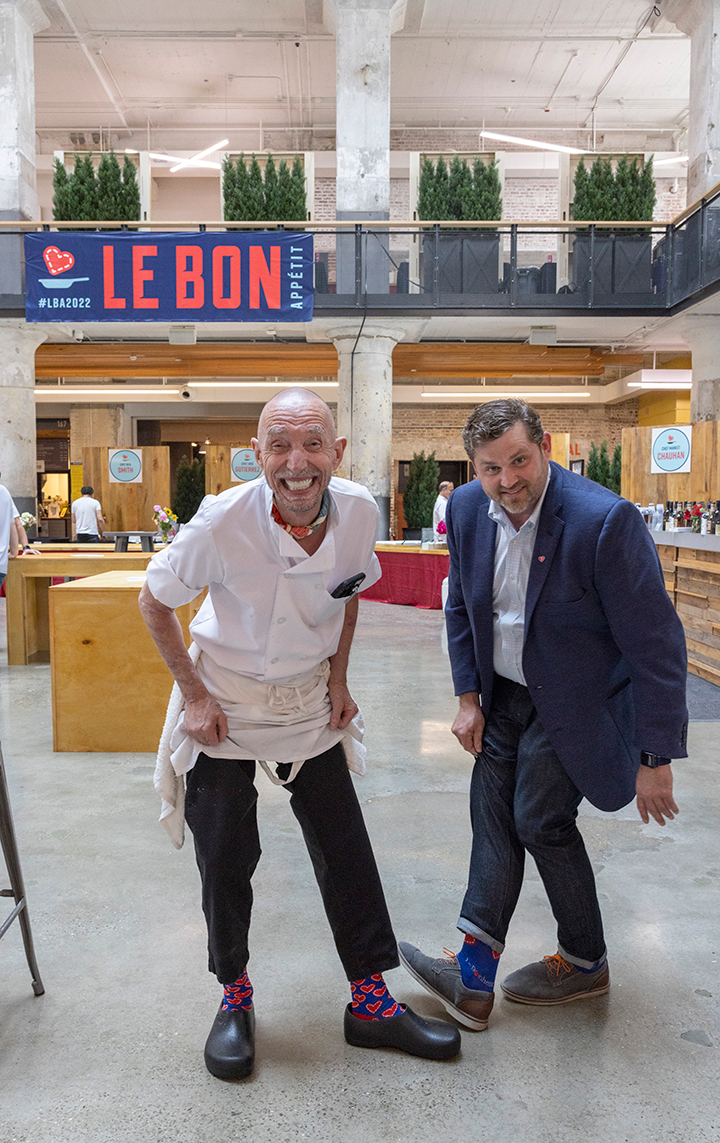 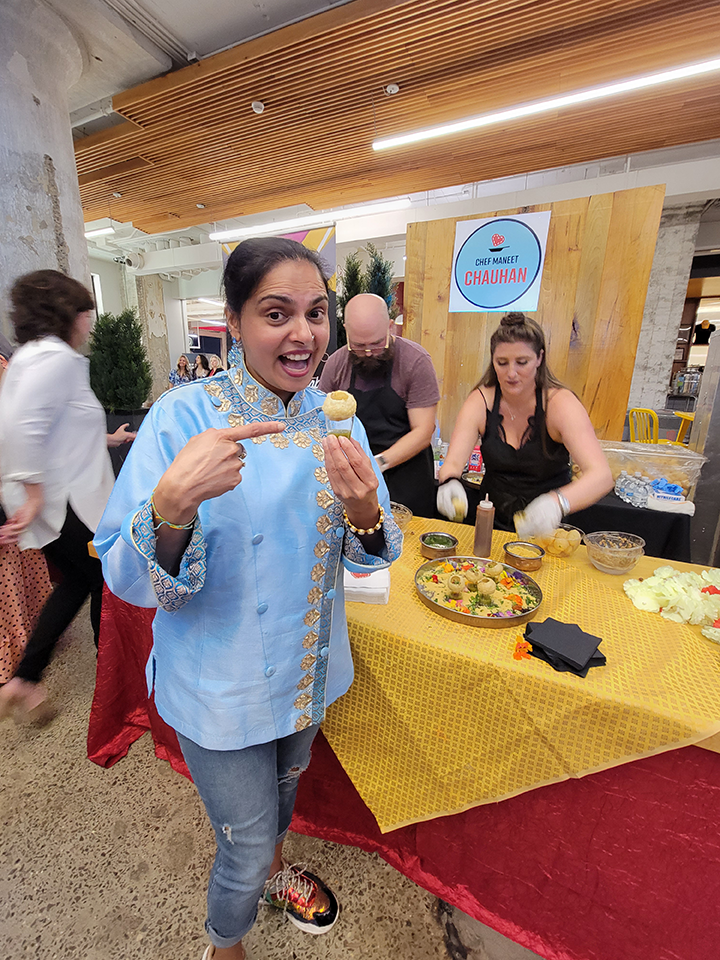 One of the most unique offerings during Le Bon Appetit was Chef Maneet Chauhaun’s gol guppa street food, where mango water is poured into a puff pastry cup and then the entire dish is eaten in one single bite. Photo courtesy Le Bonheur Children’s Hospital 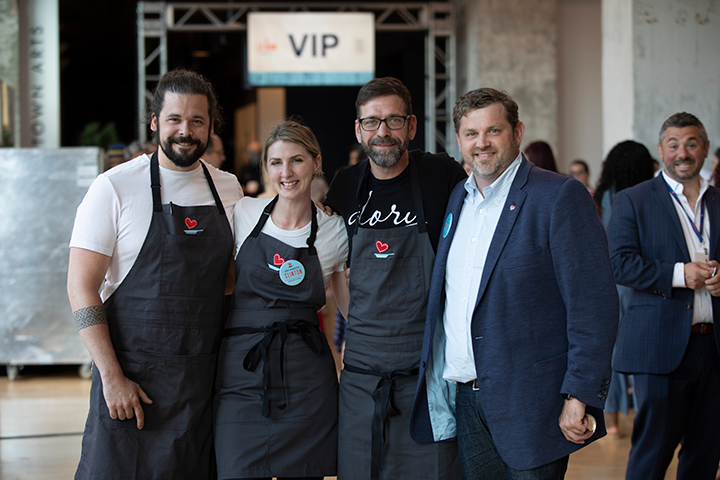 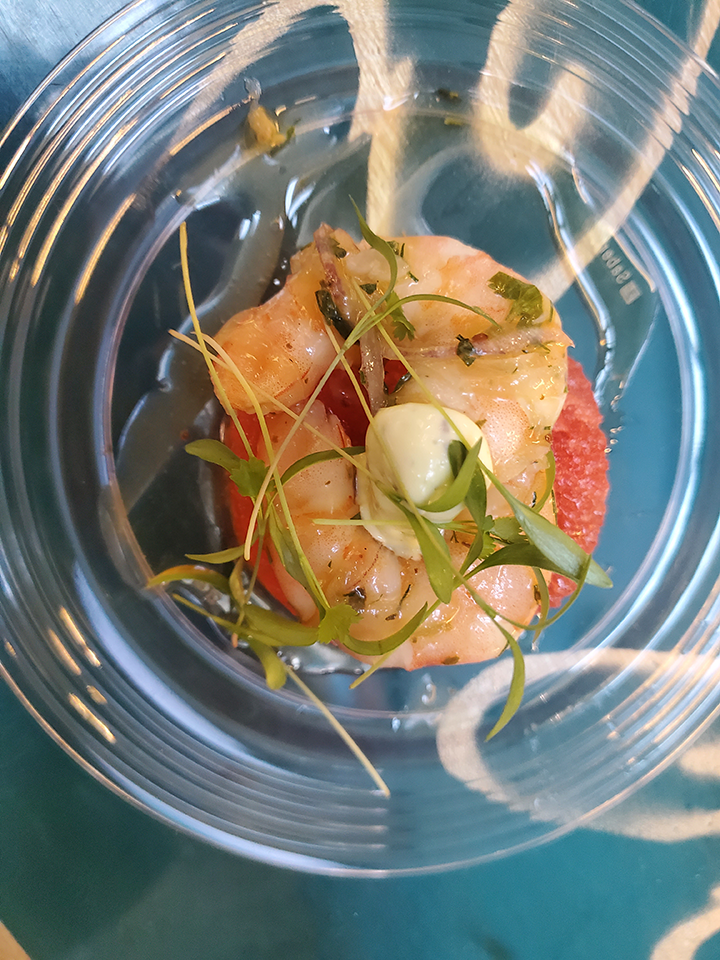 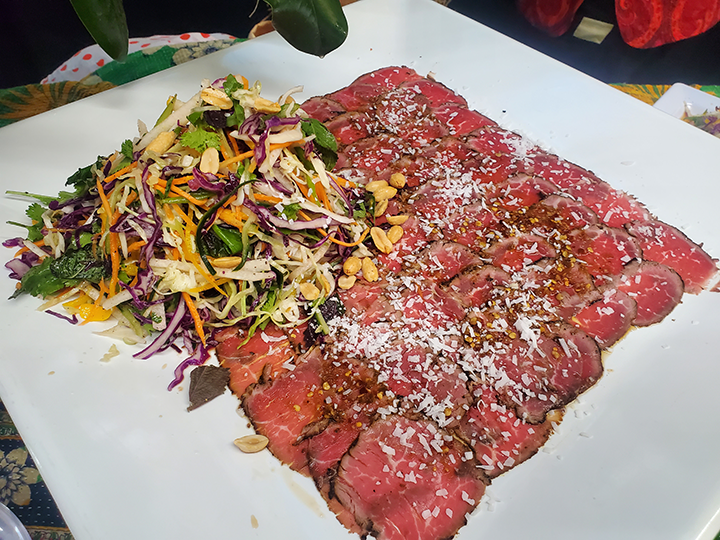