Love in the Time of Riots 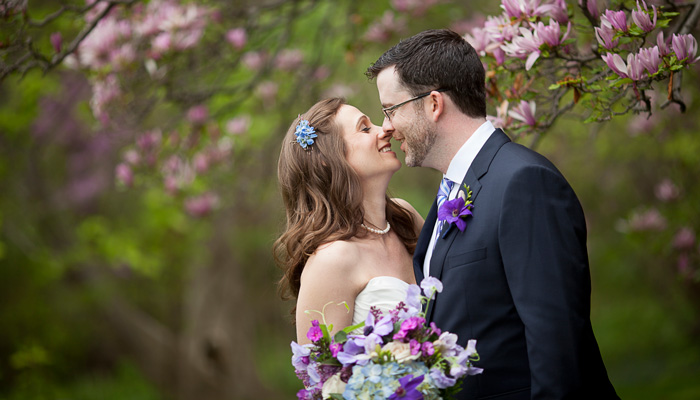 Stephanie Nelson’s marriage to Neil Campbell on May 1 in Baltimore, Maryland was nothing short of memorable. The second Nelson daughter in two years to have hired Plan It Perfect to plan and coordinate her wedding, both Stephanie and her mother, Betsy, entered the process with a sense of assured calm, familiarity, and trust. None of us, though, could have ever anticipated that the Baltimore riots would affect every detail of the couple’s weekend, and that their talented and professional vendors would readjust everything at the eleventh hour to save the day.

The chain of events leading up to the weekend began on April 12, 2015, when 25-year-old Freddie Gray sustained injuries following his arrest. Gray subsequently fell into a coma and passed one week later. Peaceful protests were organized throughout the city, but on Saturday, April 25, tensions escalated and violence erupted. Several dozen people were arrested that evening and multiple police officers and citizens were injured; rioters threw bricks, bottles, and rocks through the windows of numerous vehicles and storefronts in downtown Baltimore; a CVS was looted and burned; attendees of the Orioles and Red Sox game at Oriole Park at Camden Yards were asked to stay at the stadium for their safety; and one of the major highways leading into and out of the city was entirely shut down.

On Monday, April 27, the Governor declared a state of emergency and requested reinforcements from the National Guard. Later that evening, the Mayor announced a weeklong, citywide curfew from 10:00 p.m. until 5:00 a.m. commencing Tuesday night. These initiatives were instituted to subdue the violence, but the indictments that were to be announced on May 1 threatened a possible resurgence in rioting and unrest. 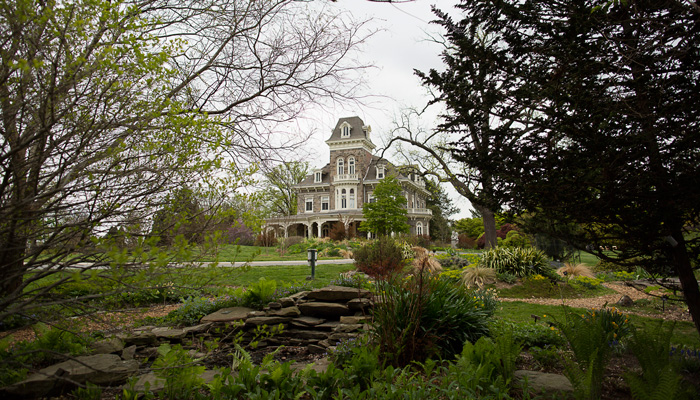 We called Betsy, Stephanie, and Neil on the morning of the 27th to discuss the logistics of their Friday, May 1 evening wedding. Of immediate concern was how the transportation and safety of the wedding guests could be affected if the riots were to continue. We couldn’t be sure that Route 83—the most direct route to the ceremony and reception venue from the groups’ three hotel room blocks— wouldn’t be shut down again, and the shuttle bus company worried that crowds could convene on large vehicles as they moved through the city. The consensus was to plan alternate routes with An Extraordinar Limousine. However, upon the announcement of the curfew that evening, it was obvious that an entirely new plan needed to be created.

We spoke with the clients that evening and again the next morning (a mere three days prior to the wedding), as the riots continued. As our office is located downtown in the midst of where vandalism was occurring, these phone and email conversations happened remotely. We collectively determined the following:

First, that all three downtown hotel room blocks needed to relocate so as to avoid potential danger and allow guests to return to their rooms after the reception without violating the curfew;

Second, the rehearsal dinner reservation needed to be bumped up in order to not violate the curfew, meaning also that the ceremony rehearsal needed to start an hour earlier;

And third, since their venue, the Cylburn Arboretum, fell within the city limits and was also required to adhere to the curfew, we needed to shift the entire wedding timeline up by two and a half hours: instead of a 6:30 p.m. ceremony followed by a reception lasting from 7:00pm until midnight, we would start the evening at 4:30pm and end at 9:30pm. This would provide enough of a window of time after the reception for guests to be transported out of the city before curfew. The curfew did permit professionals to be on the road past 10:00pm so long as they had paperwork conveying that they were out for work purposes. 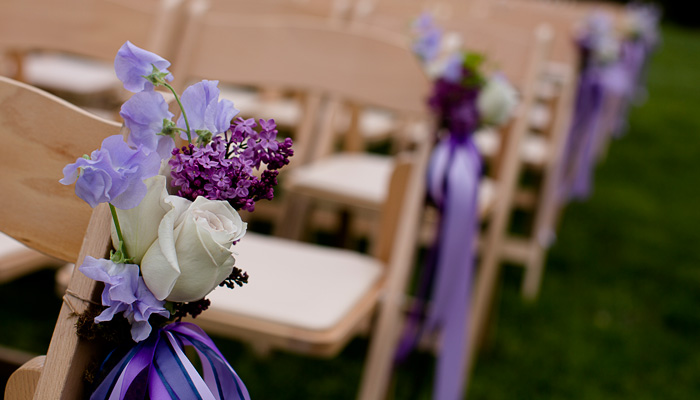 The shift in timeline raised new concerns for Stephanie and Neil about their wedding guests’ schedules. The wedding was on a Friday evening, with many guests planning on arriving after work. Asking them to rearrange their workday in order to arrive at a new start time was not going to be as convenient a request as if the wedding were taking place on a Saturday. Neil provided the solution with his suggestion to begin with a cocktail hour at 4:30pm, then direct guests outside and down the path to a 5:30pm ceremony, and then have them return to the building for dinner and dancing at 6:00pm. This would give guests more opportunity to attend the ceremony if they were running late.

With the revised itinerary approved, we spent the rest of that Tuesday reaching out to all of the vendors to check their availability and ability to conform to the new itinerary. We approached our contact at Conference Direct and asked for assistance in locating three hotels just outside city limits. By day’s end, our couple had settled on the Towson Marriott and the Sheraton North Baltimore, with the nearby Mt. Washington Conference Center serving as a city option that was close enough for guests to return afterward without violating the curfew.

Wednesday morning, an email went out to all of the guests, informing them of the change in times of the ceremony and reception, and encouraging them to transfer their reservations to the new hotels. The shuttle company confirmed the new locations. Unfortunately, though, the buses were unable to begin early enough to complete two runs from each hotel to the wedding venue due to previously booked functions. Stephanie and Neil remained confident that any guests who might miss the shuttle could find their way to the venue via taxi or other means of public transportation.

By the end of the day Wednesday, almost all of the vendors had confirmed their ability to begin and end earlier than contracted. Golf carts provided by Charm Cars were set to shuttle guests from the cocktail hour to the ceremony and then back; Heather Rea Beauty began hair and makeup in the morning, rather than the early afternoon; Crimson and Clover Floral Design was prepared to re-arrange the order of their deliveries that day so as to arrive at 1:00pm and return at 9:30pm to retrieve rentals; the Mulberry Street String Quartet would play the cocktail hour before catching a ride on a golf cart to beat the guests to the ceremony; and Michelle Frankfurter would now be able to photograph the entire day, whereas originally she was going to have to leave after the cake-cutting.

Event Dynamics had a number of other events on Saturday that changed their timing and now required some Friday installs, so Cylburn graciously allowed them early access on Friday to set up pipe, drapes and lighting, and then return on Saturday to break it all down; and The Pantry Catering had already arranged for rental chairs and tables to be delivered at noon the day of the wedding, so they focused on adjusting their staffing scheduling to be ready to start with the cocktail hour rather than the ceremony.

The last of these details were completed just prior to the ceremony rehearsal Thursday evening, and from that point on we enjoyed observing pieces that fell into place as easily as though the wedding had been planned like that from Day One. 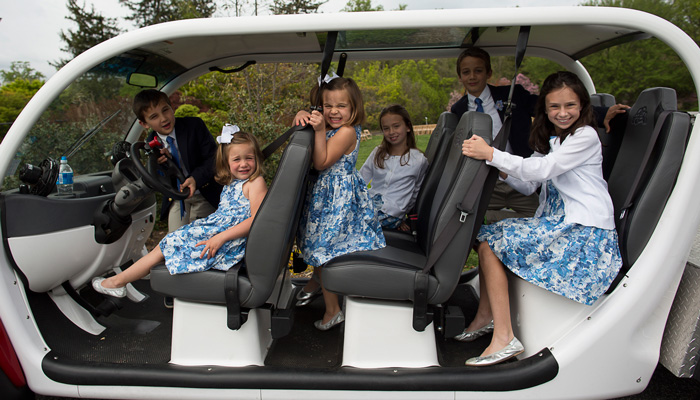 That outdoor ceremony rehearsal that was bumped up by an hour? The entire wedding party avoided being rained on because of the time change.

The cocktail hour that happened before the ceremony? The guests who got stuck behind several accidents on the beltway made it in time to enjoy the last half hour of beverages and hors d’oeuvres and didn’t miss the ceremony. And the caterer loved having his staff break down the cocktail hour space during the ceremony.

The super-early 9:30pm end time? After a busy day of pre-wedding activities and excitement, our bride and groom and their parents were exhausted. To everyone, it felt like a midnight end time. And to our vendors who would arrive home that evening before 11:00pm? It was like a vacation. 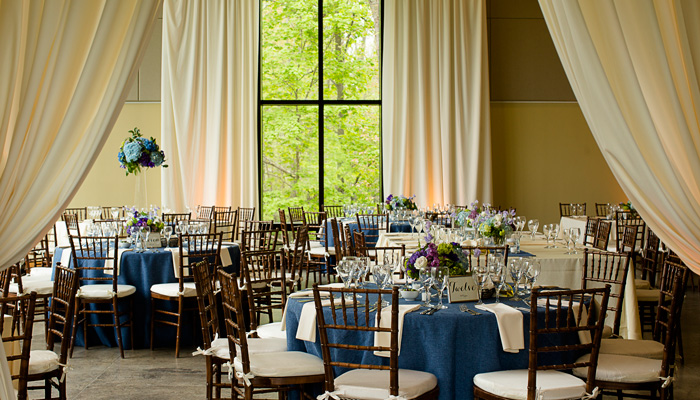 The truth of the entire experience was not lost on us then, and it has certainly sunk in over the days that have since passed. Not only did the wedding run smoothly, but it allowed for a period of time in which the attendees and those of us working it could escape from the horror of what was happening in our beloved city. It provided a moment—a day—of normalcy, and allowed two people who loved each other very much to express that in front of their closest friends and family. It wasn’t about being the “perfect day,” it was about celebrating the perfect union. It wasn’t about being upset and frustrated with the obstacles that we faced or considering the experience ruined, it was about working together to create something special. And we believe we did just that. 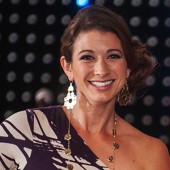 Cate Buscher is a co-owner and event specialist at Plan It Perfect, a Baltimore-based full-service event management and design company. Cate founded the company in 2004 and partner Rachel Hoffberger joined the team in 2008. Together, they have six years of catering experience and 12 years of event planning experience. Cate served on the board of directors for the Baltimore Chapter of the National Association for Catering and Events. 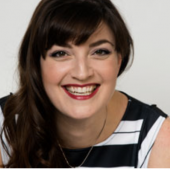 Since her days as a construction manager, Rachel worked as an event coordinator and catering sales associate at some in-house catered venues before landing at Plan It Perfect. What led Rachel to her career in events were her educational background in art and architectural design and her innate creativity with her meticulous quality control to provide her clients with a worry-free event that they can enjoy.

“My favorite article of clothing is my skinny jeans! I love that I can dress them up or down, and I can always find something to wear with them, even when I’m in a hurry. My favorite cocktail is Ananda Restaurant’s ‘Singh 75.’ House-infused vodka with tangerine and cloves, fresh mint, house-made sour mix, and Prosecco....