It's a weird summer to say the least. In a normal year, summer is filled with events, celebrations, and community gatherings. Not this year. Summer has essentially been cancelled in response to COVID-19. But don't despair, there are still plenty of creative ways to bring people together to celebrate, just take a look at what the Minnesota State Fair is currently doing. 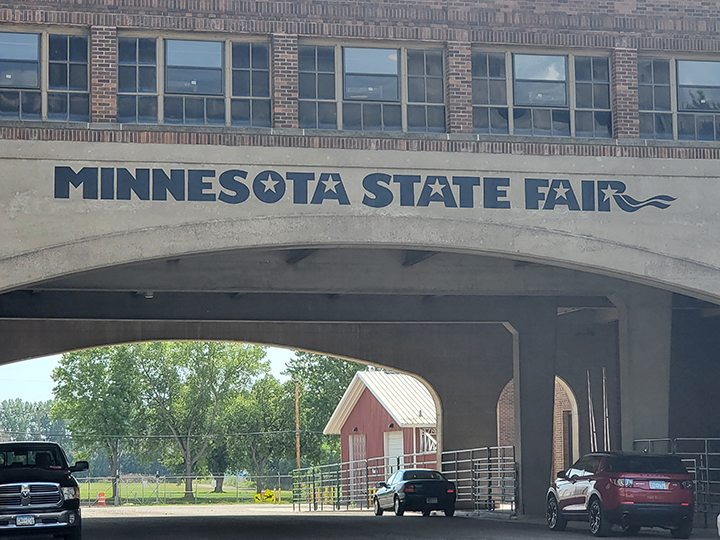 To help fill the void left by the cancellation of the Great Minnesota Get Together, organizers opted for a Food Parade where attendees can get all of their fair favorite foods, all from the comfort of their cars. In a normal year, the Minnesota State Fair can see as many as 200,000 visitors, but this year attendance was reserved to the 19,000 vehicles who were lucky enough to snag a Food Parade ticket within the first two hours before the event sold out. The Food Parade included 16 food vendors, and also trickled along the parade route was various other fair-like entertainment. 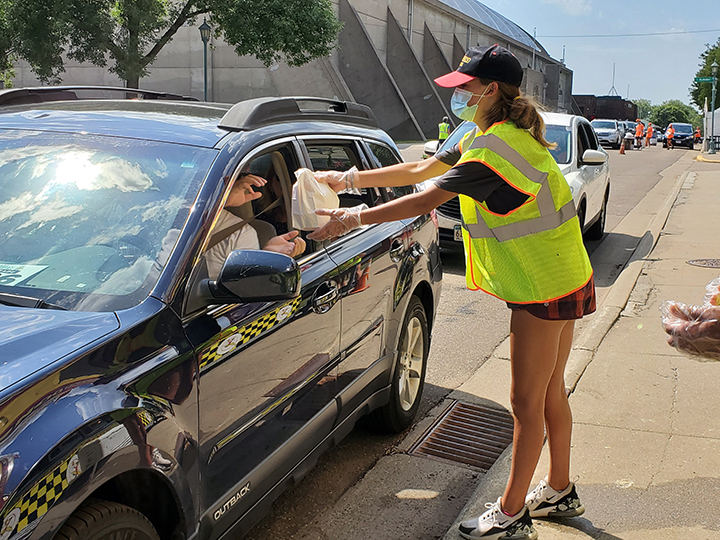 A worker at Tom Thumb Donuts hands a guest their order.

"The parade had a very different feel, but it was still really nice to do the fair at all," said Jennifer Olson from Sweet Martha's Cookies. "But it's definitely like nothing we've ever done before."

As much fun as the Food Parade was though, it wasn't the Minnesota State Fair. But it was way better than nothing. 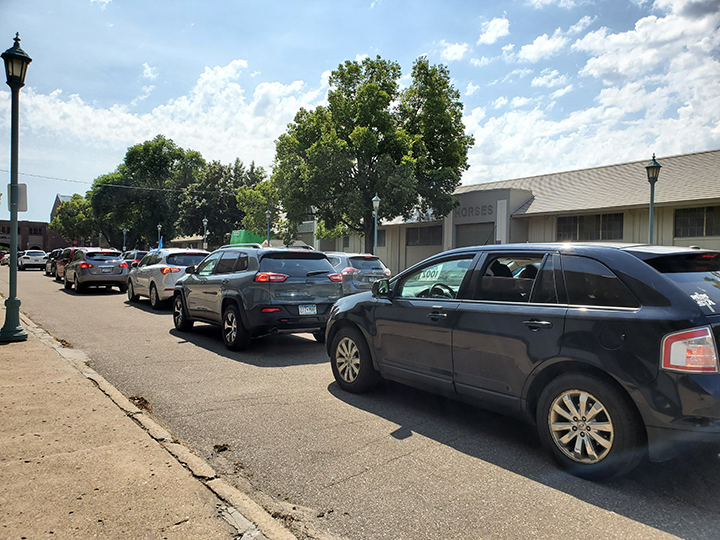 Cars line up for the Food Parade at the Minnesota State Fair. 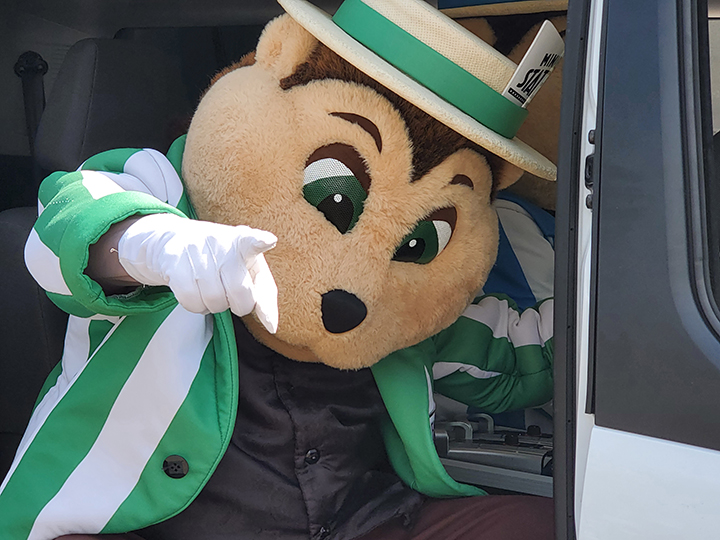 The Minnesota State Fair mascot Fairchild was on hand to greet attendees. 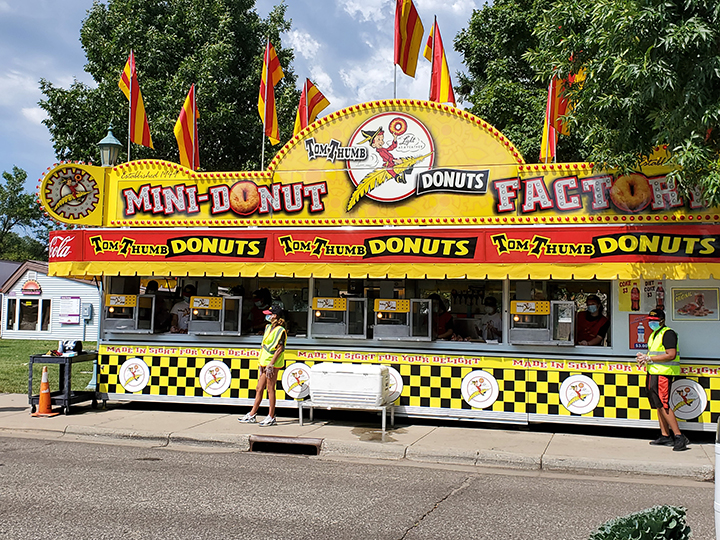 Tom Thumb Donuts was one of the first stops on the Food Parade. 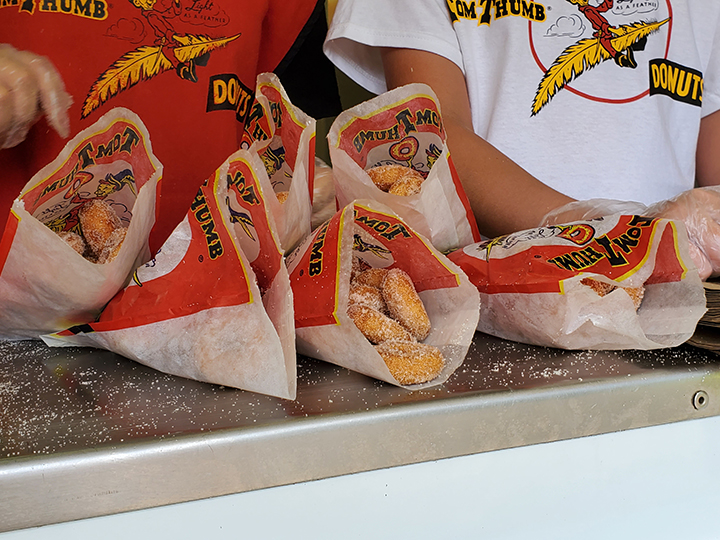 Nearly 338,000 dozen – that’s more than 4 million individual mini donuts – are consumed in an average year at the Minnesota State Fair. 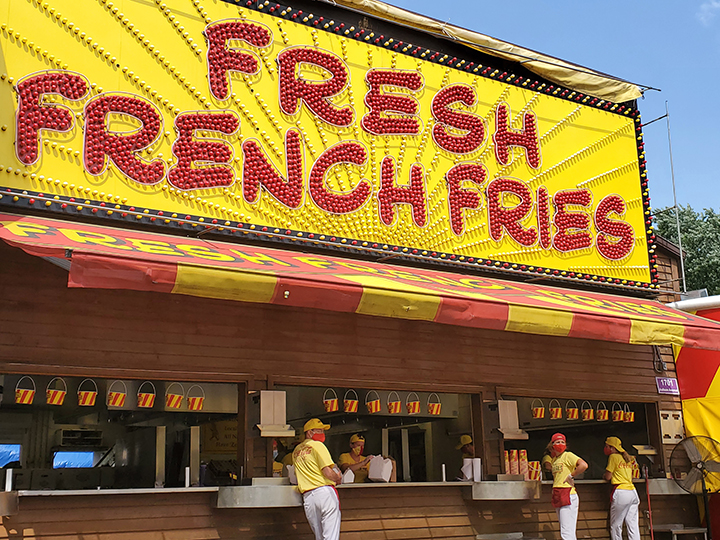 Fresh French Fries is always a popular booth at the Minnesota State Fair. 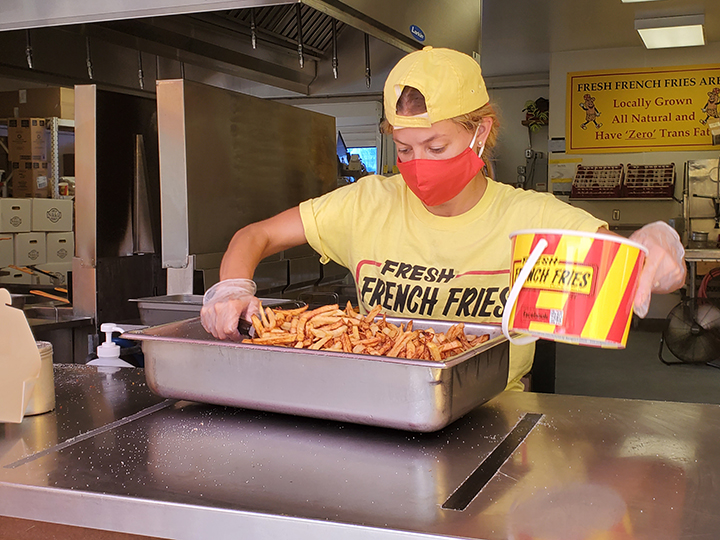 All workers were adorned with face masks and gloves during the Food Parade. 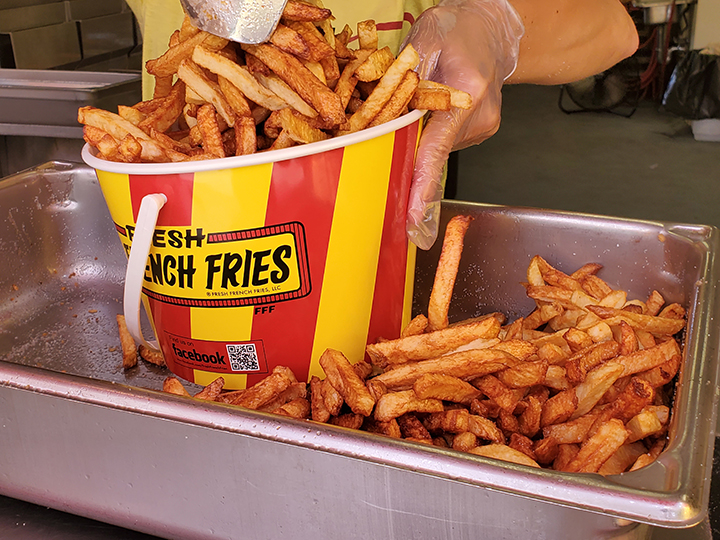 The Fresh French Fries booth goes through about 145 tons of potatoes or the weight of 290 cows in an average year. 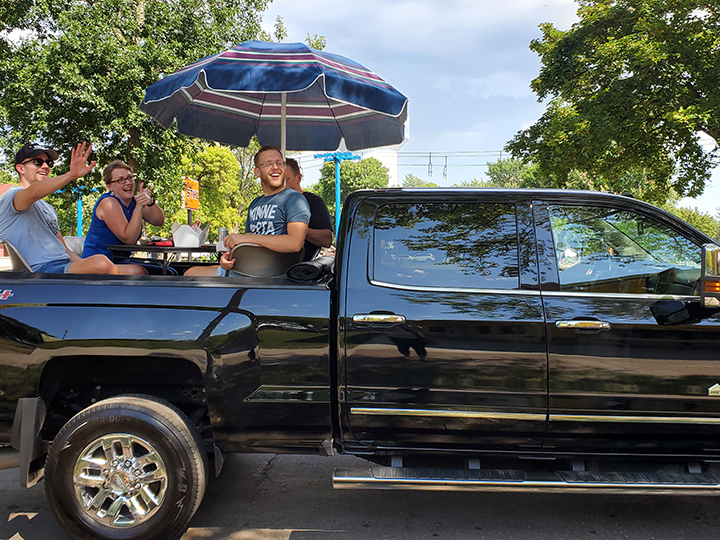 This group of Food Parade-goers set up a patio and umbrella in the bed of their pickup trip to enjoy their food and the gorgous weather. 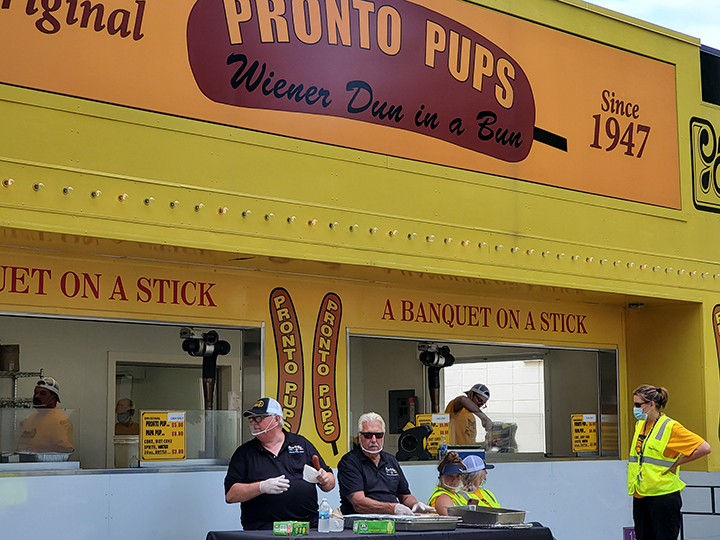 Pronto Pup verses Corn Dog. Which side do you fall on? 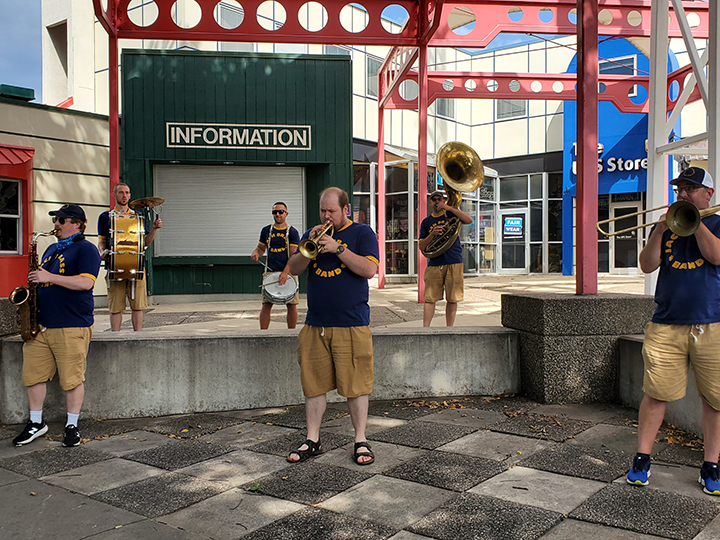 Along the Food Parade route, additional entertainment was on hand to provide a little fair atmosphere, including Jack Brass Band. 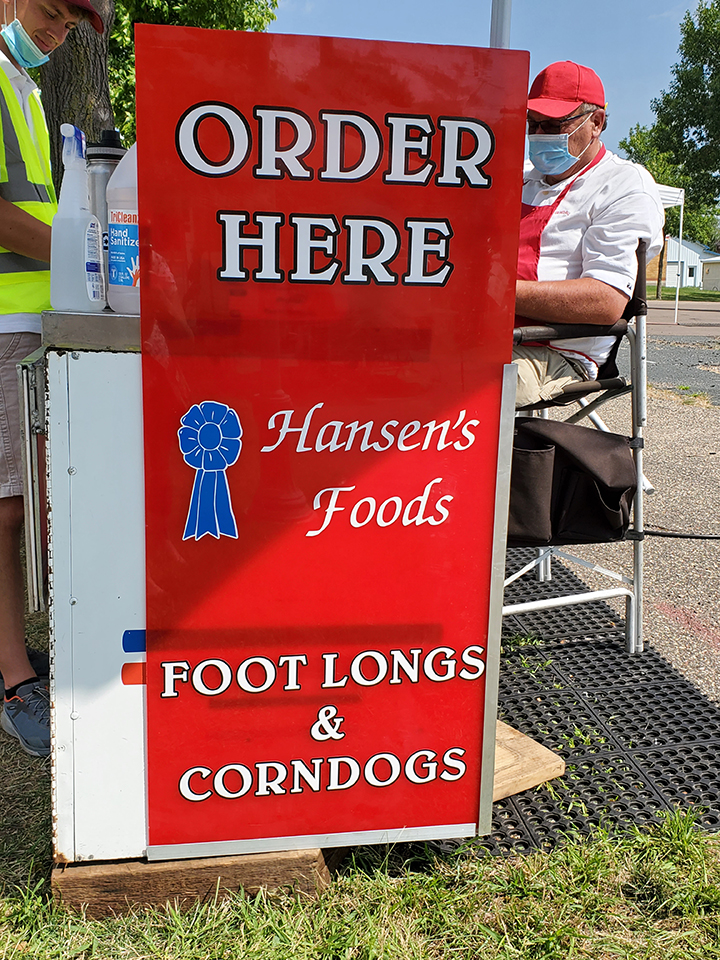 Many of the Food Parade vendors had designated order and pickup locations. 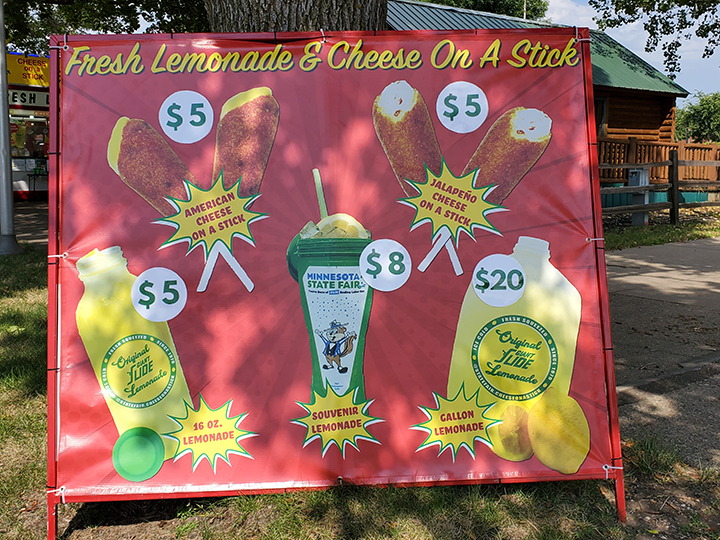 Large menus were setup so attendees can comfortably see the options from their car. 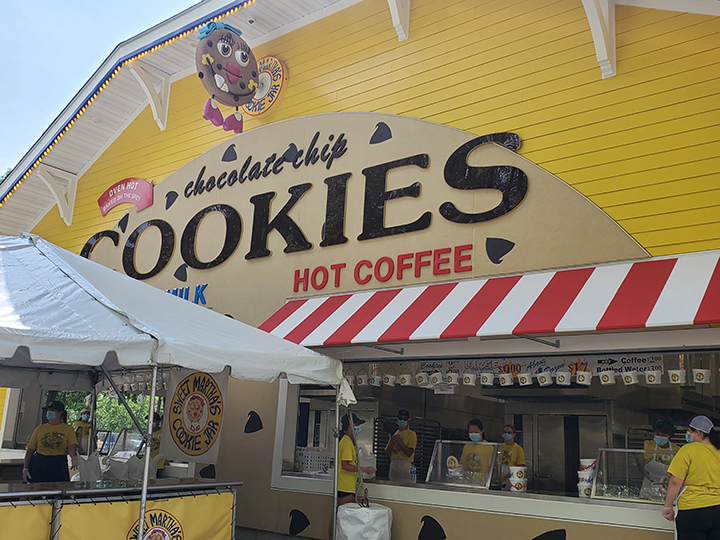 Sweet Martha Cookies was the final treat for the Food Parade. 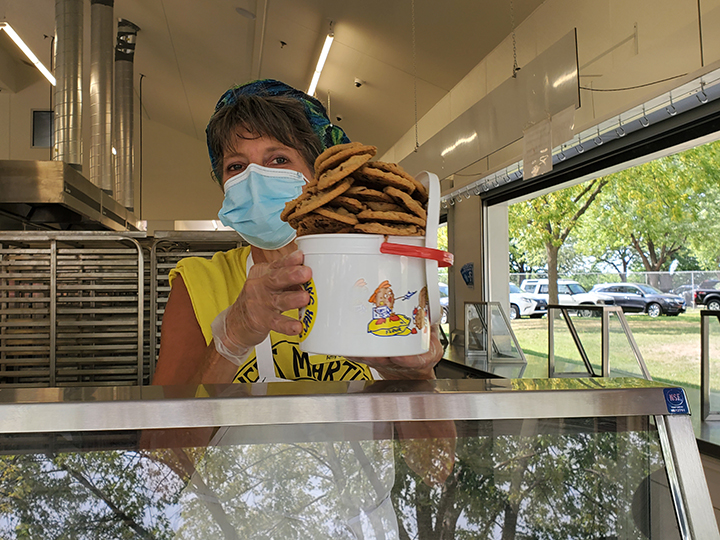 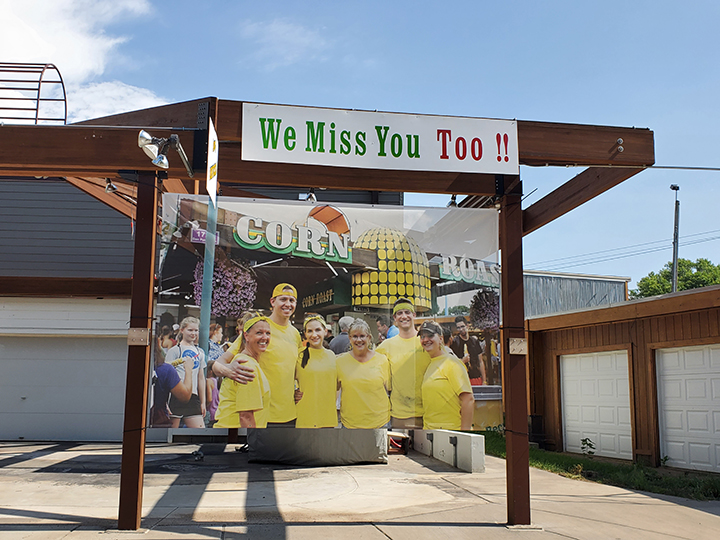 It was sad to see so many shuttered booths at the Minnesota State Fair, including the Corn Roast stand. 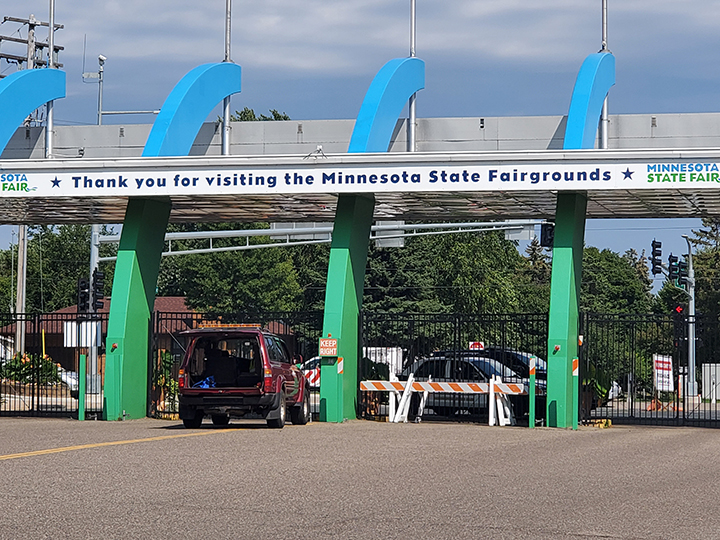 So long Minnesota State Fair, until we meet again.