A larger-than-life African lion roared from the Spreckels Organ Pavilion stage in mid-May— and the crowd of over 20k roared back! 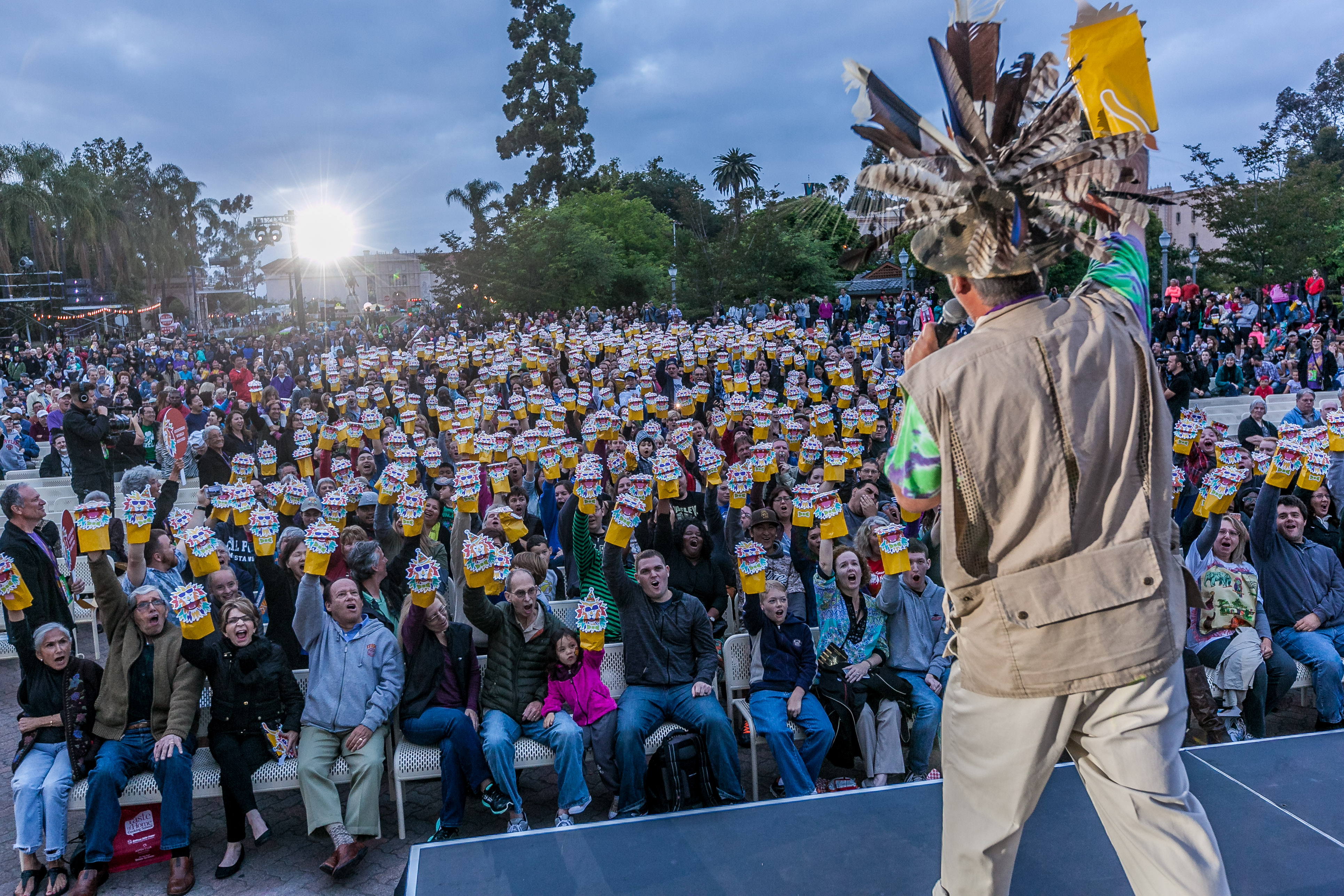 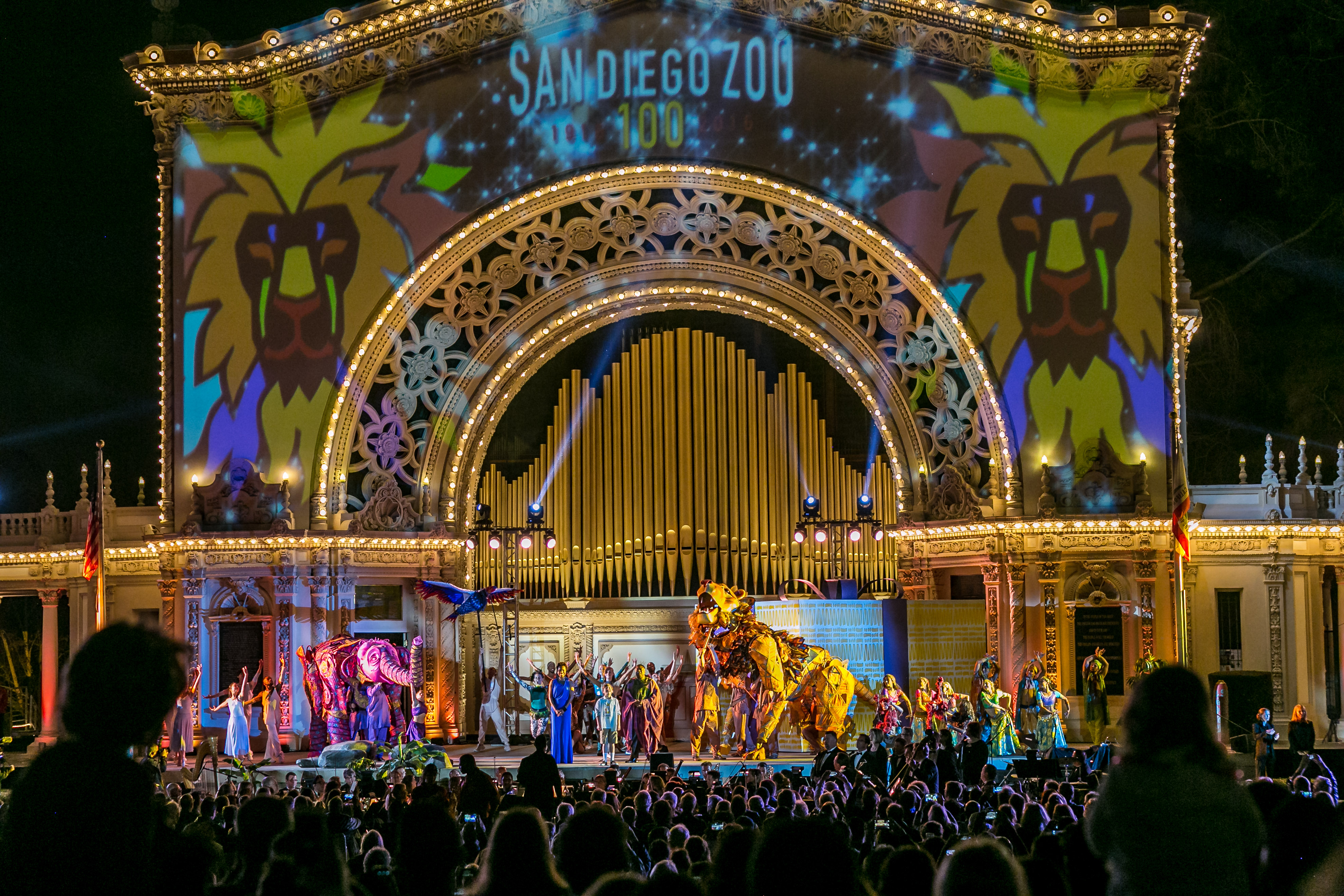 The 11-foot-tall, 15-foot-long lion operated by four puppeteers was the king of a 30-minute theatrical production commissioned by San Diego Zoo Global for its Centennial Community Celebration, held at Balboa Park’s Plaza de Panama and open to all San Diegans.

The spectacular performance paid tribute to the lion that Dr. Harry Wegeforth heard roaring in Balboa Park 100 years ago, which inspired him to found the Zoological Society of San Diego in 1916. Today, the “roar” symbolizes the conservation work of the 100-year-old organization, as San Diego Zoo Global continues to call for everyone to join its fight to end extinction of animals, plants, and habitats.

The production opened with presentations from San Diego Mayor Kevin Faulconer, San Diego City Councilmember Todd Gloria, and San Diego Zoo conservation ambassador Joan Embery, honoring the San Diego Zoo and thanking the San Diego community for their support throughout the years. The speakers shared the stage with three large gift boxes that were delivered earlier in the week to Balboa Park. When the gifts were opened, they revealed extraordinary pageantry puppets: Asian elephant, a California condor, and an African lion. 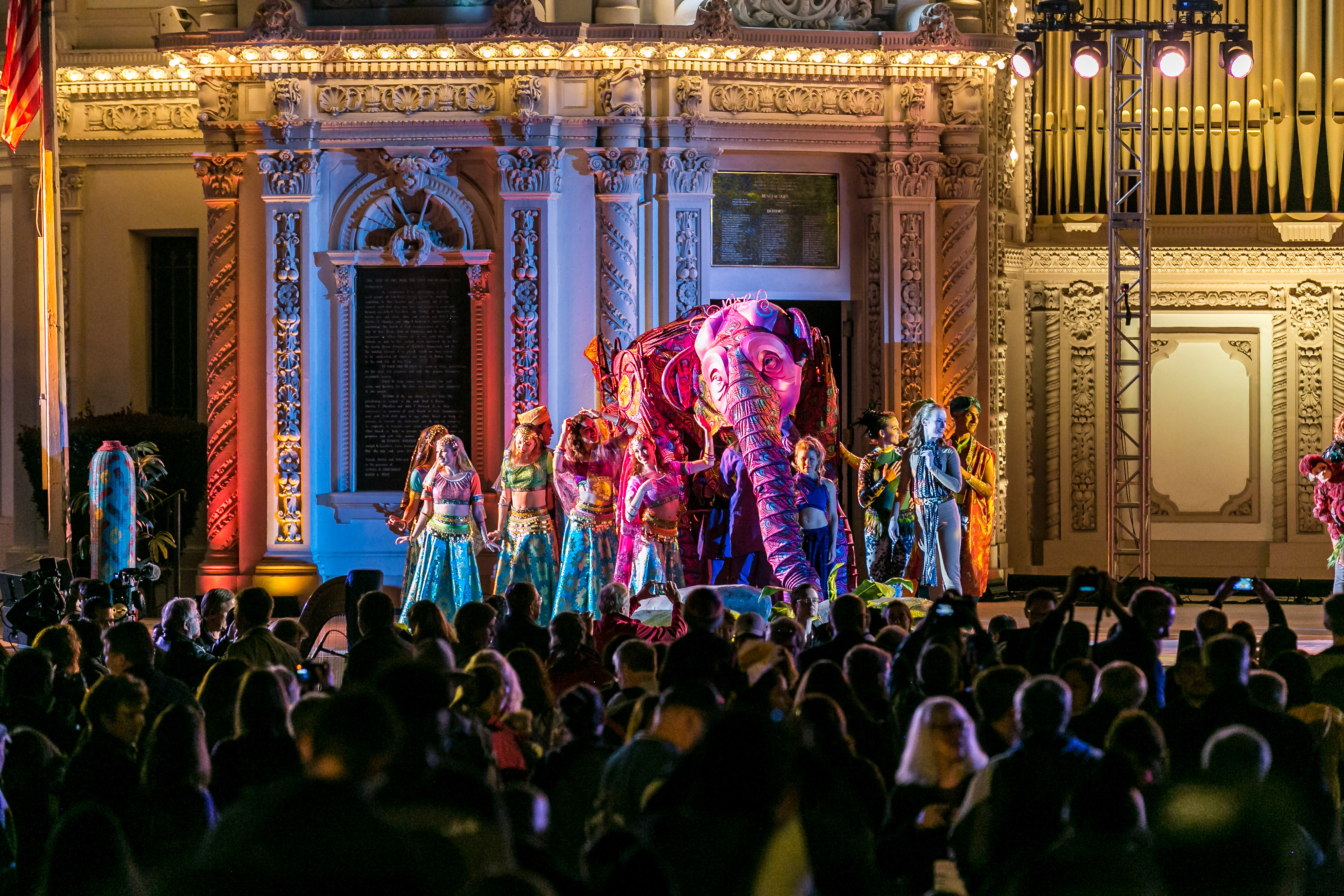 The puppets are symbols of species that San Diego Zoo Global has worked with for much of its history including the California condor, which once numbered only 22 and now numbers more than 400 with more than half of the population living in the wild.

A 53-piece orchestra, accompanied in parts by a 130-person choir and eight principal singers played the all-original musical score, composed to represent each animal species featured in the show. 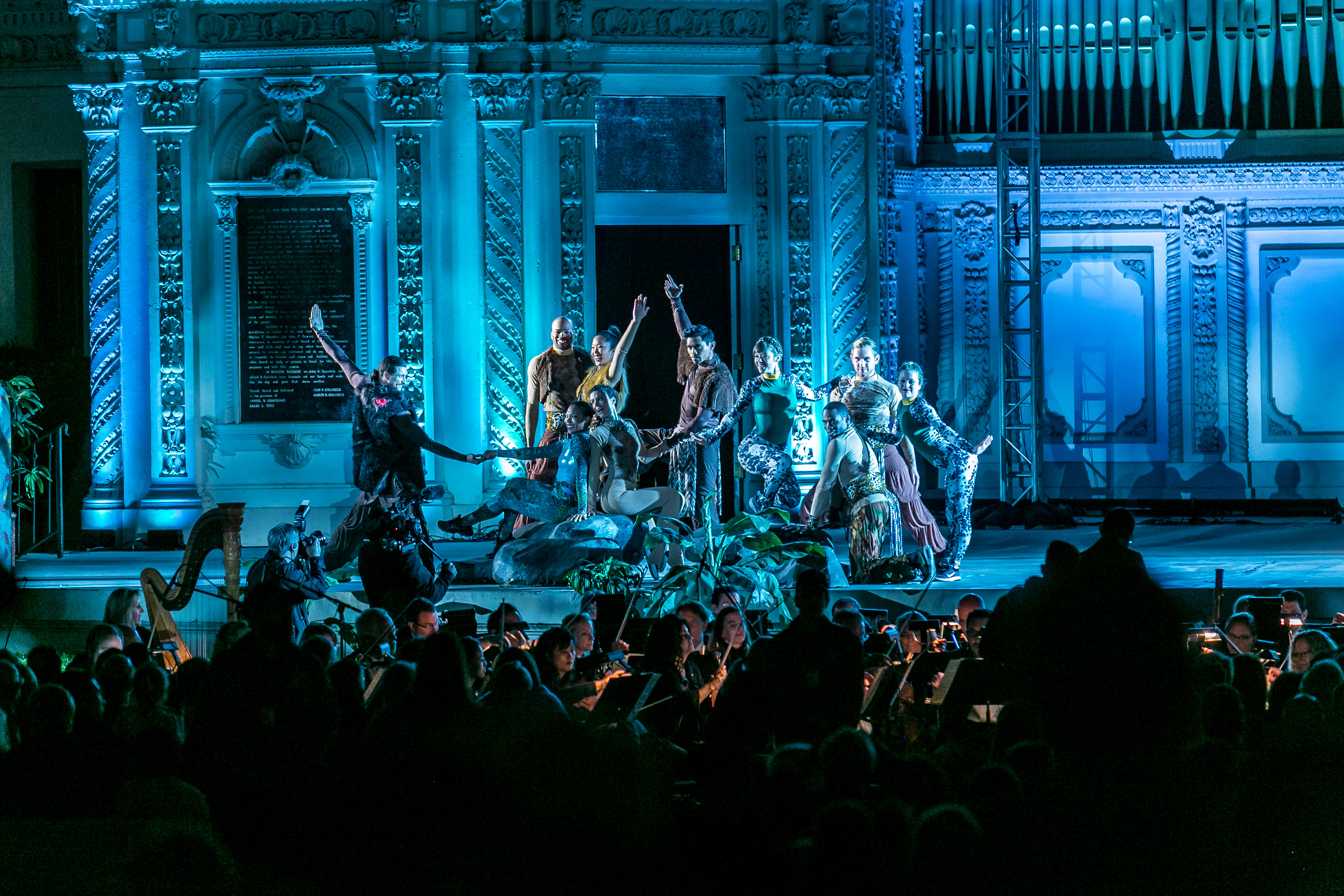 The show included over 60 performers and two actors. 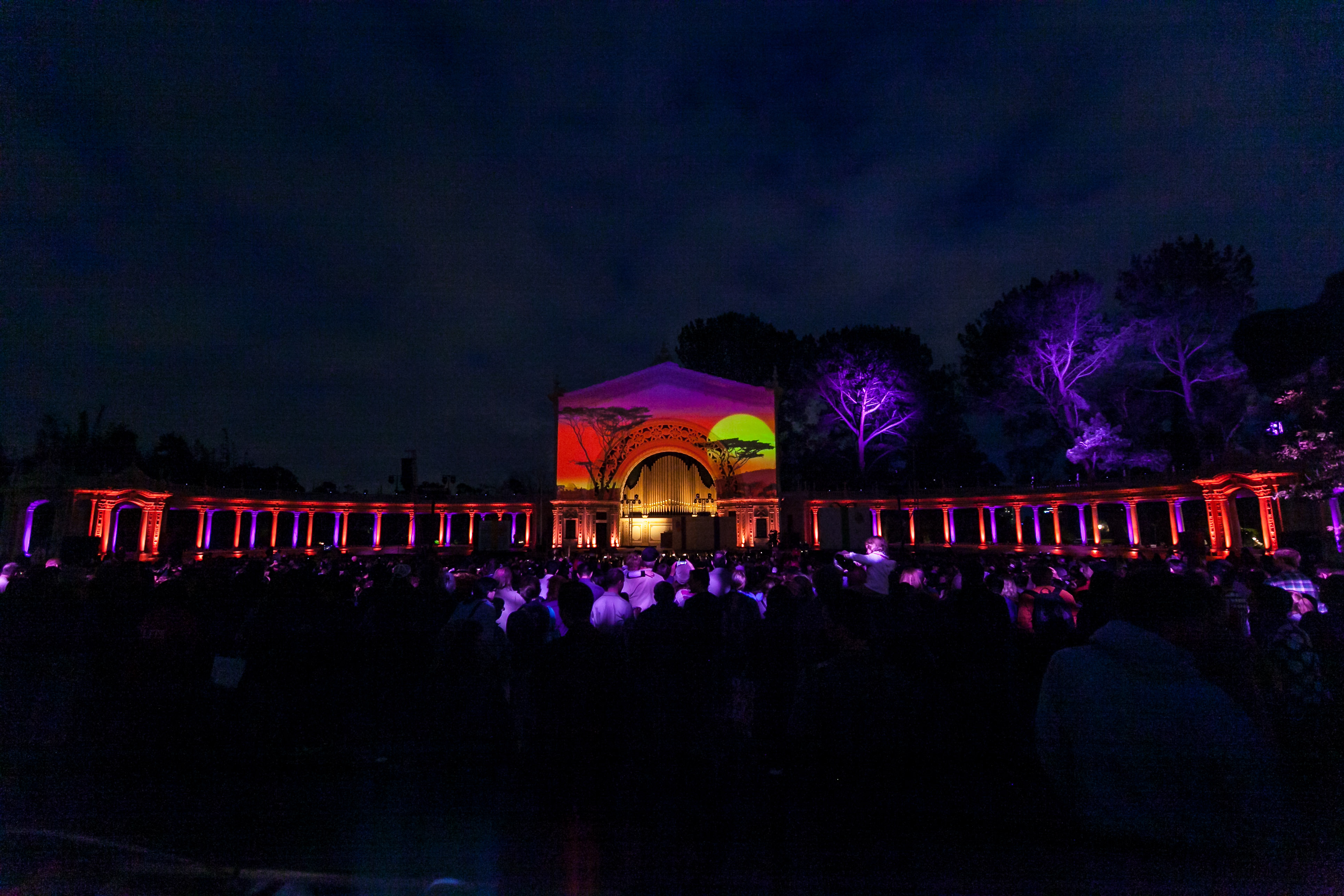 Ten different habitat scenes were projected onto the walls of the pavilion during the performance, providing a stunning backdrop for the featured animal puppets. 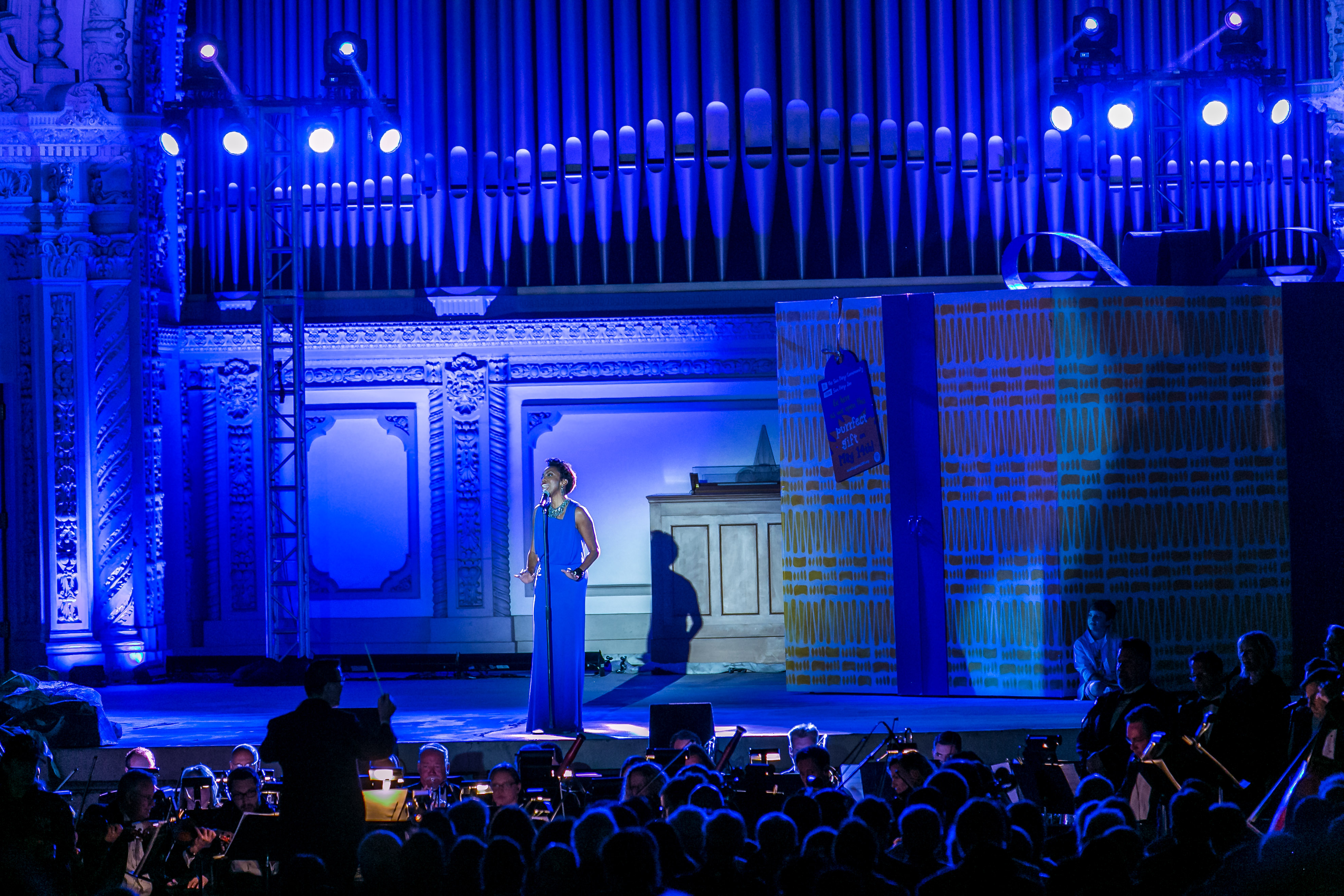 The musical headliner of the show, Tony- and Grammy-winner Heather Headley, wowed the crowd with a song whose lyrics encourage everyone to help make the world a better place and echoes San Diego Zoo Global’s goal of saving endangered species around the world from extinction, one species at a time.

“This spectacular live performance celebrated a century of the San Diego Zoo’s passion for life and the courage to defend and protect wildlife,” said Mark Howell, President of Mark Joseph Creative and Executive Producer of the Centennial Celebration. “We are honored to design and produce such a historic event honoring the San Diego Zoo and their efforts toward conservation and education over the past 100 years. Partnering with Brite Ideas and Spangler Event Productions, ensured that creating this historic affair was executed beautifully.”

In addition to creating and producing the spectacular live show at the world-famous Spreckels Organ Pavilion, Mark Joseph Creative produced both the pre- and post-show activities at the Centennial Community Celebration. Entertainment included live music from five different bands, including “The Koalas,” “The Chameleons” and “The Kangaroos,” as well as performances by the dance group “The Funky Monkeys.”

Food trucks served up a variety of different cuisines, and guests explored a wide array of tents showcasing activities and spotlighting the Zoo’s conservation work, both locally and worldwide. Kids and their parents could create a lion hand-puppet in one craft booth hosted by the Zoo’s Education department, and learn about the Zoo’s accredited botanical collections in another tent. Partygoers also took the opportunity to visit the San Diego History Center, the Museum of Photographic Arts and the San Diego Museum of Art to see their “Part of the Pride” exhibits, as they stayed open late for the Zoo’s centennial community event.