At Insight, IBM’s premier data and analytics conference, the message was clear -- insight is the new currency and a way for customers to create value and drive competitive advantage. Drury Design helped IBM craft that message and take it to over 14,000 live attendees and thousands more remotely through dynamic general sessions and keynotes at Mandalay Bay this October.

But Drury also worked with the IBM social team to extend that message to the virtual world by creating an entire program to engage online in myriad ways. 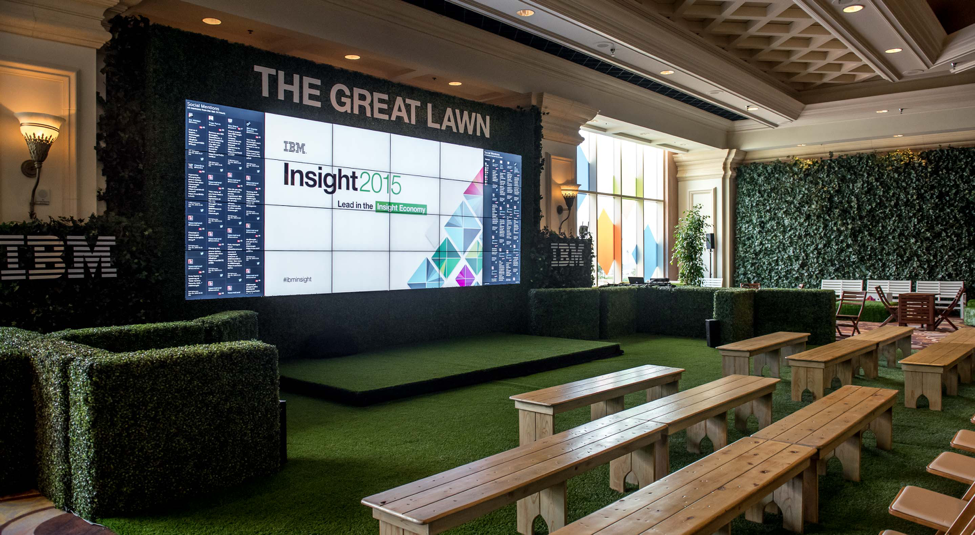 The epicenter of this social media activity was not a steely, corporate environment as one might suspect, but an airy, natural atmosphere, succinctly entitled, “The Park.”

We transformed the second floor of the Mandalay Bay Convention Center into an urban park with rustic benches, tables and turf-covered seating areas creating a social oasis in the middle of this expansive convention hotel. It was an area where social media influencers could connect, meet with press and each other. It also provided a stage for press conferences, smaller panels, and a leaderboard that projected the social media influence as well as broadcast sessions in real time.

The Park also became the home of The Weather Underground a LIVE TV broadcast from the Weather Channel. It also featured a live Twitter Periscope session featuring subject matter experts and attendees on the power of Twitter. 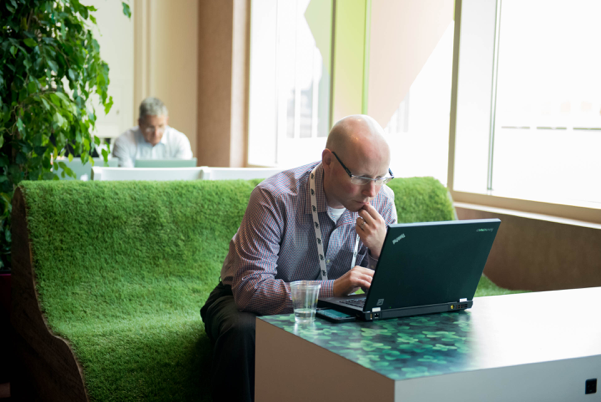 The Park also included podcast/periscope rooms, media rooms, DJ stations and meeting areas. A team of social influencers fanned out across the massive conference, filing reports across all social platforms. The result was a robust social media conversation extending far beyond Mandalay Bay and well into the weeks following the conference.

To date, the main event hashtag, #IBMInsight, generated almost 70,000 mentions and 523 million social impressions; video streaming from IBMGO, featuring interviews with IBM clients, business partners, executives and influences, created 110,000 unique IBM channel views across more than 100 countries where the story was told over and over again; and a gamification program played by 2,588 people, 53 percent of whom took more than one action.

There is tremendous power in building community of influencers. Here are five ways that social media moments matter.

Jill Drury is Founder / CEO of Drury Design. She drives Drury social media strategy when it comes to corporate activations. She integrates her vision into processes that nurture talent and inspire a creative culture. 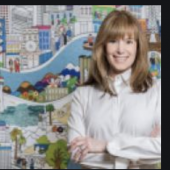