The Fine, Fine World of Schaffer

What happens when fine dining meets fine art? Meet the power couple behind the 2019 CATIE Caterer of the Year award

Imagination, vision, and hospitality: When Kathleen and Charlie Schaffer are working together, great things happen. Since 2008, they’ve been creating events that celebrate and extend the vision of companies like Lamborghini, Nike, Dom Perignon, Netflix, Hulu, and more. Their win for CATIE Caterer of the Year, after being nominated last year, too, came with just one regret: “We had a lot of events happening in Los Angeles then, so we couldn’t bring more of our team to celebrate with us,” Kathleen says. But they had a fabulous time at the Spark Awards dinner at Catersource, describing chef Curtis Stone’s dinner for 800 as “beautifully presented and delicious.”

And they did enjoy a bit of a bask in the recognition: “We’re used to being in the background, and we’re quite comfortable being there, but it’s great to have this acknowledgment of our work, too,” Charlie says. “They always say, ‘You’re only as good as your last event,’” Kathleen adds. “Taking a moment for that recognition was meaningful.” 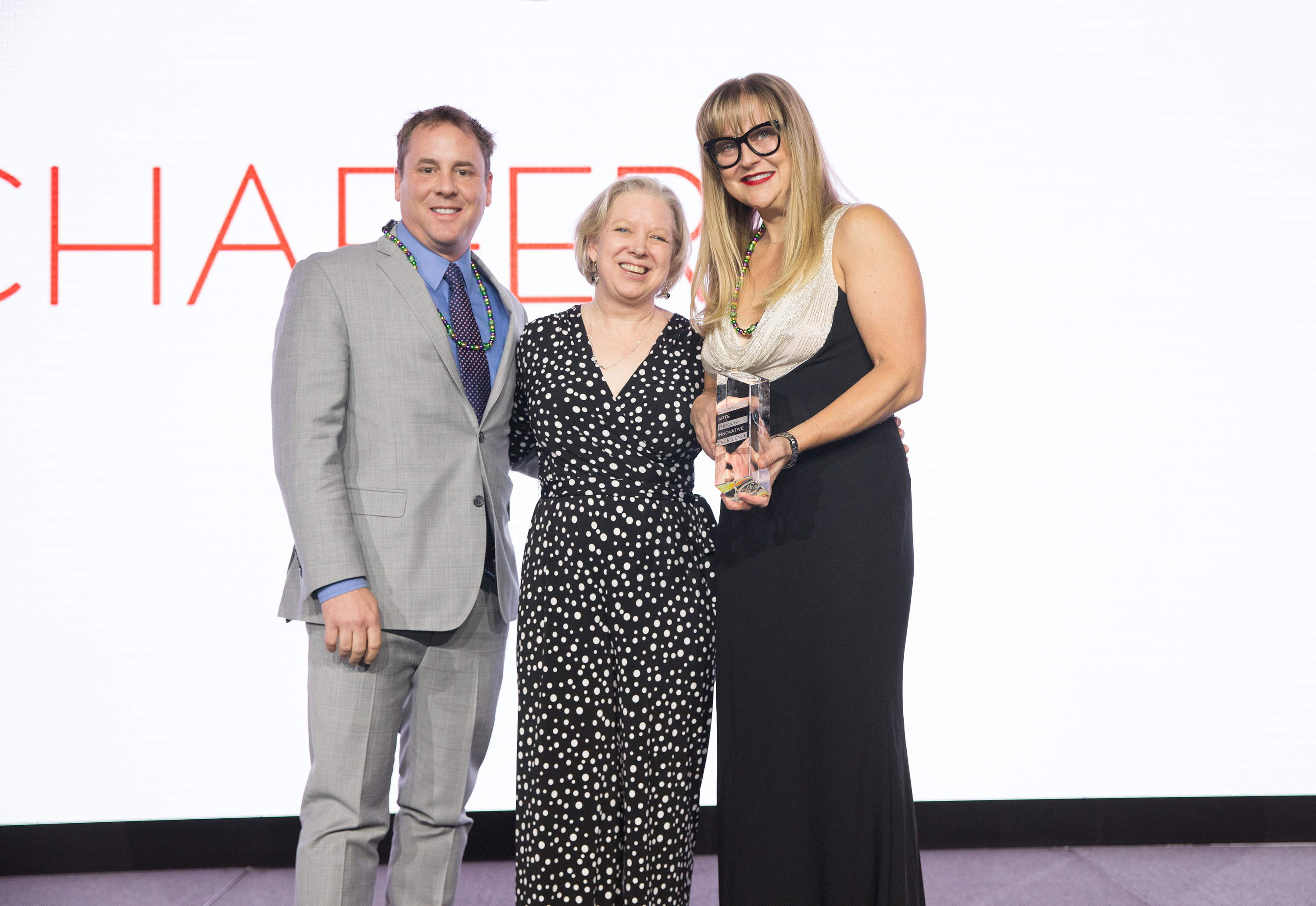 Charlie and Kathleen Schaffer flank ICA President Karen O’Connor as they accept their award for CATIE Caterer of the Year. Photo Catersource via RL Imaging

Paula Kreuzburg, Executive Director of the International Caterers Association (ICA), explains more about the award’s significance: “It’s presented to the company whose catering business is exceptional in all aspects, including business proficiency and culinary expertise. Winning this award shows they’re innovative, have culinary acumen, are well-established in the industry, and know how to run a business.”

Their individual and collective journeys to that CATIE-winning moment has contained many twists along the way. Charlie’s background is in the world of fine dining. He’s a Culinary Institute of America (CIA) graduate, and he is now a CIA Fellow. He’s worked in two different Michelin three-star restaurants—first in Spain’s Akelarre, where he worked with Pedro Subijana, then for the opening of New York’s Alain Ducasse at the Essex House, where he stayed for two-and-a-half years. Kathleen, meanwhile, earned a degree in fine arts and art history from NYU, opened her own east coast catering company, then sold it and set off on a whirlwind of cheffing jobs that took her everywhere from a five-diamond resort on St. Kitt’s to a billionaire’ quail plantation. 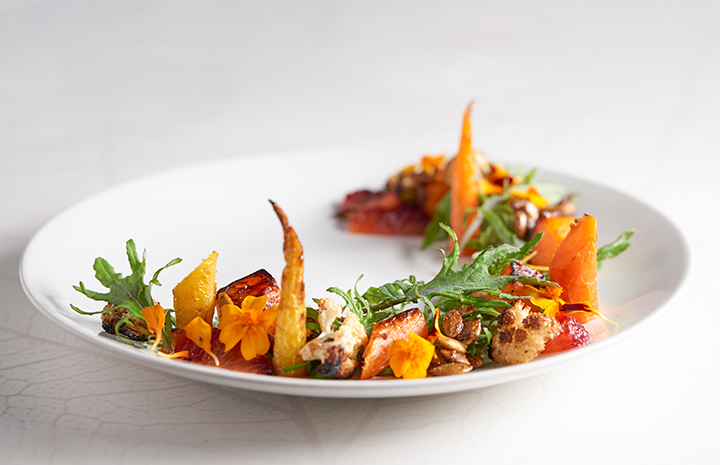 Meeting cute with Mike and Rudy

While you might not think of the 2004 Republican National Convention as the most likely place for romance, you might reconsider after hearing their story. They were both working as freelance chefs for convention events happening at Madison Square Garden that year. Kathleen, who had worked for Michael Bloomberg at his private golf club, was in charge of food for suites hosted by him and Rudy Giuliani. “I had maybe 100 people to serve, but Charlie had the entire delegation from the U.S. Senate, which was about 800 guests,” Kathleen says. “I thought he was pretty cute, and I felt sorry for him, so I helped him out when I could. I always say our relationship was the one good thing that came out of that convention.” 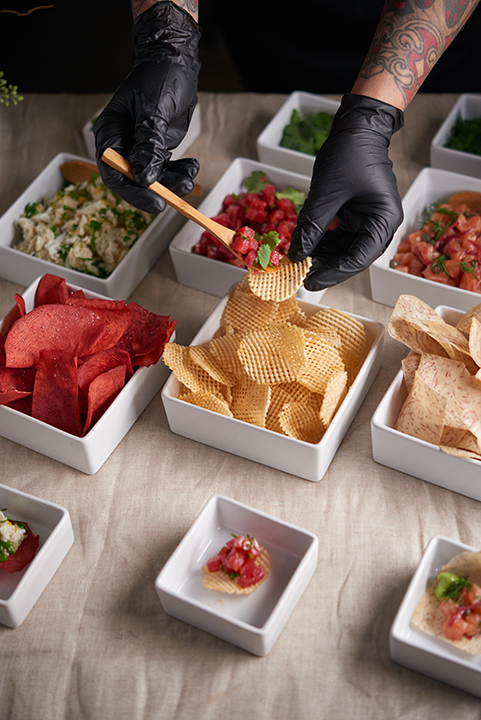 From that unusual meet-cute, the two eventually decided that they wanted to share a life—and a business—with one another. They moved to Los Angeles and initially began to scout for possible restaurant locations. A planned deal ending up falling through, and while they were disappointed at the time, they now see it as a blessing in disguise. “It was 2008, and the economy tanked, so we weren’t stuck with a restaurant lease,” Charlie explains. “Then Kathleen found out she was pregnant.”

Where others zigged, the Schaffers zagged. Charlie started taking on catering gigs, Kathleen had their son, Ryland, now age 10, and they began to grow a catering business that evolved organically. “We never sat down in front of banker with a business plan,” Kathleen says. “And while we might have grown more quickly if we’d had investors, we’re thankful that, 10 years into this, all the decisions we make are our own, for better or worse. Every business decision doesn’t require a consortium.” 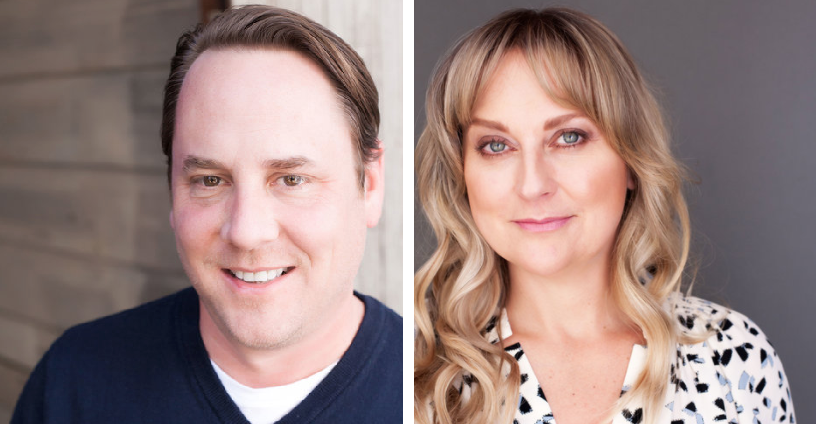 They’ve arrived at a “divide and conquer” system of business management that works for them: Kathleen runs the culinary and creative side, and Charlie is responsible for financial, business development, and operations. “It took some arguments to figure all that out,” Kathleen admits. “We opened as a business and had a baby in the same year. Looking back, I realize we were sleep deprived on top of everything else.”

“Once we got in our lanes, the business ran more smoothly,” Charlie agrees.

The company employs between 100 and 125 people, and conducts more than 300 events each year. Even with this level of success and recognition, the Schaffers acknowledge that the business comes with super-sized serving of daily—sometimes hourly—challenges. “It seems like every day we hear about a new catering company opening up for business,” Kathleen says. “Anyone can put on an apron and say they cook professionally.”

“When [a company wants] to tell the world something, they host events, and we understand we aren’t just there for food and bar service—we’re there to take their brand and highlight it through hospitality.”

What Schaffer brings to the mix, she says, is more than just food: “We strive to be more creative and more interesting than everybody else, and to offer the highest levels of gracious hospitality. What our clients consistently tell us is that we’ve exceeded their expectations and enhanced their vision.” Being based in Los Angeles, the company is at the crossroads of a number of industries, including film, television, automotive, tech, gaming, and fashion. “When they want to tell the world something, they host events, and we understand we aren’t just there for food and bar service—we’re there to take their brand and highlight it through hospitality,” Kathleen says. 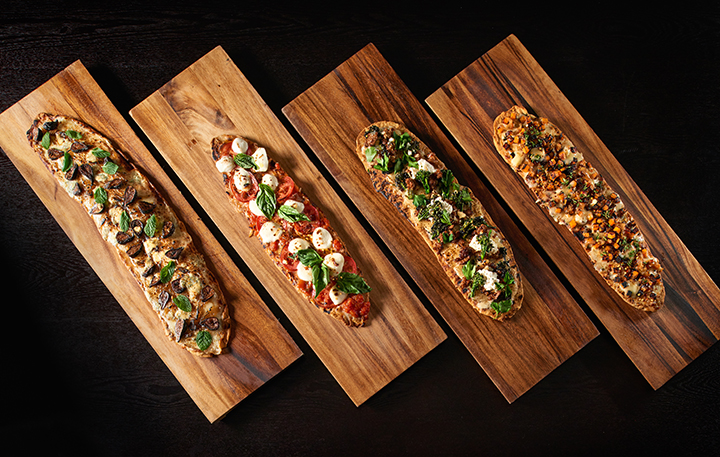 One of their favorite projects is their six-year (and counting) contract with Lamborghini marketing and motor sports events. “We travel to 10 to 12 cities with them every year,” Kathleen says. “We travel with a 38-foot tractor trailer kitchen. The marketing company owns a 58-foot trailer that unhinges into a 4,000-square-foot restaurant that includes a gelato maker, an espresso machine, and a prosciutto slicer. We feed hundreds of their VIPs and guests at each event.

“It’s been a fantastic relationship, and we love that food and beverages are so important to them and are an integral part of the Lamborghini lifestyle and brand. There’s nothing better than having an Italian eat your food and rave about it.”

The company is gaining national recognition, too. They’ve been on the Today Show twice last year, one once making hummus with cricket flour and once creating holiday crudité platters (minus insects). They’ve cooked twice at the James Beard House. There are plans to roll out a line of food products. “We have several signature items in the works right now, so be on the lookout for that this year,” Kathleen says. 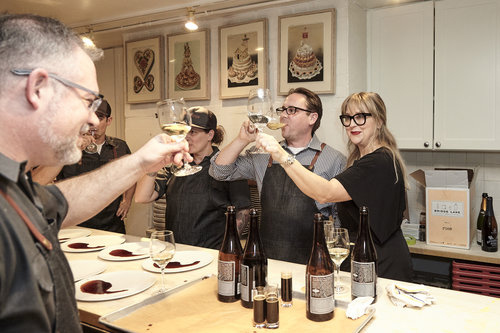 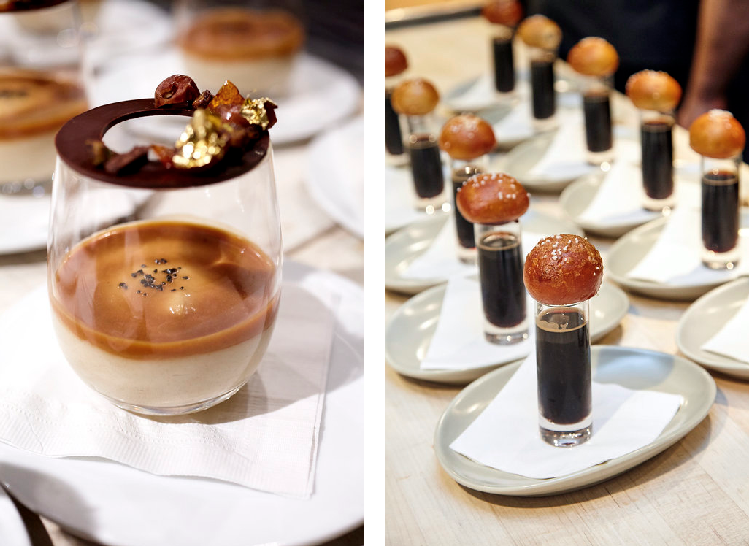 It seems the one thing the couple can’t do (so far) is impress their son, Ryland. While he has many friends at school who tell him, “Your parents are chefs? Cool!,” he is still firmly a pasta-with-butter guy, his mom says. “He’s very patient with us and when we drag him on food quests to the far reaches of wherever we’re visiting, and he’ll try whatever we put in front of him, but I’d have to say he’s still developing his adventurous side.”