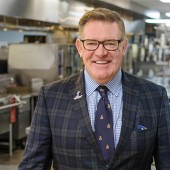 A St. Louis native, graduate of DeSmet, before moving onto University of Missouri-Columbia, and now resident of Huntleigh Woods, Richard L. Nix, Jr. has strong roots in the St. Louis community.

Nix was not only raised in St. Louis, but raised in catering. His Father, Richard Nix, Sr., started the company in 1966, running the operation out of the present House of India location at I-170 and Delmar with his wife, Anita.

The second generation joined the family business in 1988 and Nix officially took over from his Father in 1992. He’s been growing the company ever since.

Over the years, under Nix’s leadership and progressive-thinking, Butler’s Pantry has evolved into more than a catering company – perhaps Hospitality Group is a more appropriate label. With over 60 full-time employees, nearly 400 part-timers, 6 Brands, 5 Exclusive Venues and 40+ preferred venues, Butler’s Pantry has become the leader in catering, dining & entertaining. The main commissary is located in Lafayette Square, on old City Hospital Property.

Butler’s Pantry has been at the helm of many significant events over the years: the 1984 World Series party under the Arch, the 1999 visit of Pope John Paul II, the 2008 BMW golf championship, the U.S. Senior Open, the Mayor’s Ball (catered by Butler’s Pantry for more than a decade), the recent re-opening of the iconic Gateway Arch and the Great Forest Park Balloon Race, to name a few. In fact, after 30+ years of catering for the iconic Great Forest Park Balloon Race, Nix is now a partner in this St. Louis 47-year family tradition.

A vital ingredient of the company culture at Butler’s Pantry AND a passion for Nix personally, is giving back to the community. Nix has spent 10 years on the St. Louis Children’s Hospital Development Board, 6 years on the Board of Directors for the Mercantile Library and has enjoyed several years on the Board for COCA, Royal Bank and The Muny. Additionally, he gives countless hours and donations to so many other deserving organizations. During the company’s 50th year in business, Nix launched the Full Pantry, Full Life program. Under this initiative, for every 50 guests served at a Butler’s Pantry event, $5 is set aside to directly support local food pantries and organizations devoted to helping St. Louisans in need.

When not working in or on the company, Richard (also known as Rick, Ricky, or even RL to most) delights in travel with his wife, Elizabeth, and 5 children. Two out of five children have now joined the ranks at Butler’s Pantry. Oldest son, Ricky, is an Event Manager specializing in event execution and second oldest, daughter Paton, is a Sales Manager, specializing in client management. Third in line, son Reilly, is putting his recent Political Science degree to good use at the St. Louis Regional Chamber. Lulu is a Sophomore at DePauw University and youngest, Grace, is a Senior at Villa Duchesne. 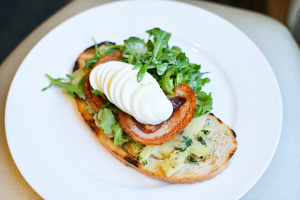 Business & Operations
Richard Nix Jr.
September 08, 2022
As we approach the final quarter of 2022, I thought it might be nice to discuss opportunities for workplace entertaining in 2023. Remember, your team... 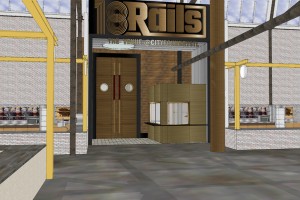 Richard Nix Jr.
March 29, 2022
It’s been a roller coaster couple of years, and it’s finally feeling like ENTERTAINING IS BACK! The energy is palpable and the desire to entertain is...

Rebuilding Strategies
Richard Nix Jr.
April 20, 2020
For more than 50 years, my family has had the pleasure of creating special events and cherished memories for so many of our region’s individuals,...